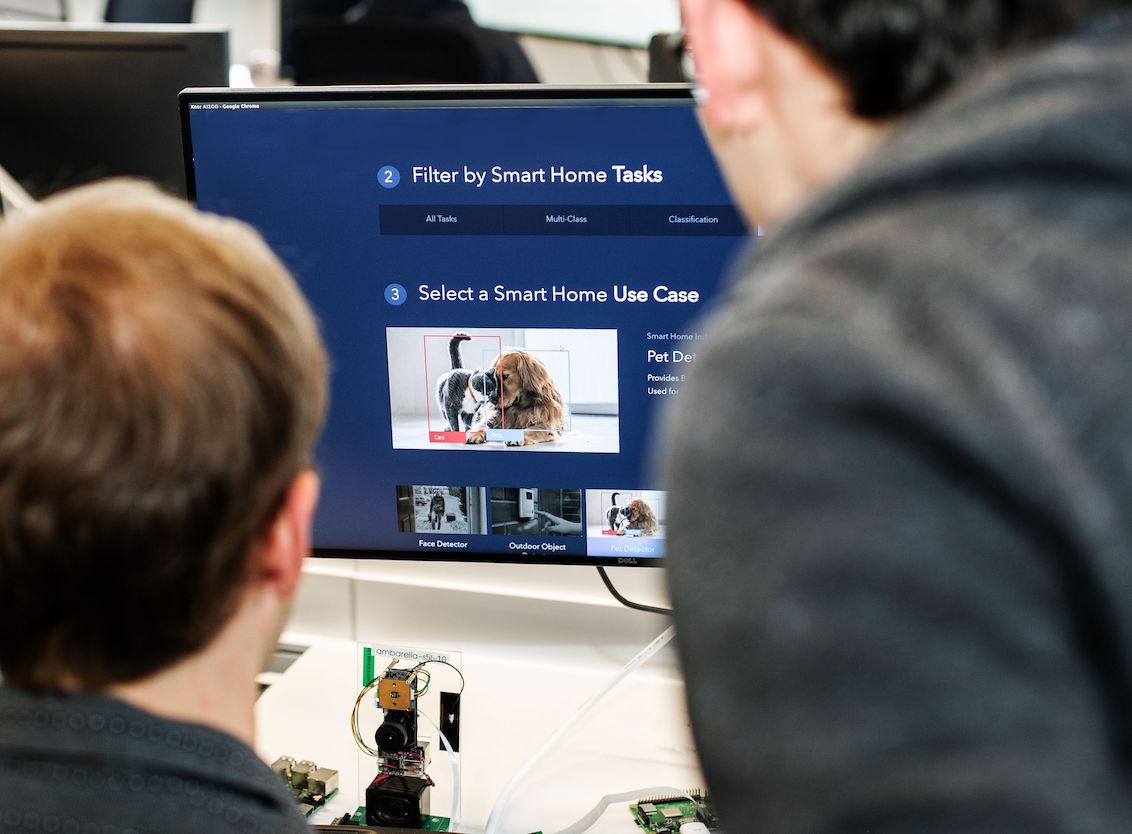 AI2GO gives developers an easy way to build AI capabilities into a range of products, including mobile devices, wearables, smart cameras and remote sensors. The platform comes with more than 100 pretrained AI models that can be embedded into such devices.

Xnor said that’s a big deal because building AI to run at the edge is incredibly demanding, requiring the ability to design, train and then implement deep learning models. Add to that the challenges around managing memory, power and latency requirememts, and it’s easy to see why only the biggest companies could do so.

But with AI2GO, it becomes possible for almost anyone to build AI into their gadgets, Xnor said. Developers no longer need to worry about data collection, annotation, training, model architecture or performance optimization, the company added in its pitch.

First, developers choose their preferred hardware, such as Linux or Raspberry Pi, then select a specific use case, which could be a “pet classifier for a home security camera” or a “person detector for a dash cam,” for example. Developers can then fine-tune their latency and memory requirements. Once that’s done, AI2GO presents a number of suitable AI models for the task in hand, ranked by their accuracy. Users then download the model, together with an inference engine, which is all they need to add the specific AI capabilities to their applications.

AI2GO should be a useful platform for developers because deploying AI algorithms is an order of magnitude harder than simple code delivery, mainly because they have much higher system/resource requirements, said Holger Mueller, a technology analyst with Constellation Research Inc.

“There is a lot of activity by platform vendors and startups in the space and today Xnor is launcing its AI2GO platform with the ability to fine tune AI models to fit the capabilities of their target platforms,” Mueller said. “This is exactly what enterprises need in a heterogeneous “internet of things” world, where edge devices will all be different in terms of their capabilities.”

The launch of AI2GO is a major milestone for Xnor, which was founded in 2016 with a focus on machine vision technology. The company later raised $2.4 million in a seed funding round in February 2017, before adding $12 million to its kitty through a Series A round just over a year later. Since then, Xnor has broadened its focus to other kinds of AI technologies, culminating in the launch of a unique, solar-powered object recognition technology that enables small devices to run AI without batteries.

Xnor said it will showcase the AI2GO platform at the Embedded Vision Summit May 20-23 in Santa Clara, California.