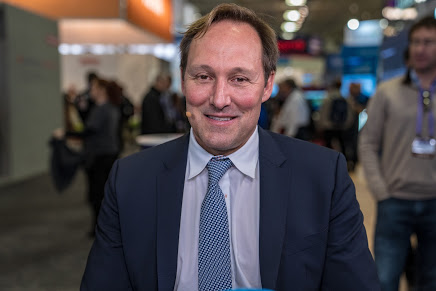 The company, which sells software that helps enterprises to search, correlate, analyze, monitor and report on data in real time, reported first-quarter earnings before certain costs such as stock compensation of 2 cents per share on revenue of $484.85 million, up 36 percent from a year ago.

Those results destroyed even the most optimistic of forecasts. Wall Street analysts had Splunk down for a loss of 14 cents per share on revenue of just $395.4 million. The company reported a net loss of $155.4 million for the quarter.

Splunk has been on a roll for quite some time, beating estimates in successive quarters and driving its stock price up almost 30% in the past year. It has been adding new customers at an impressive rate too, with more than 400 new ones signed up in the last three months.

That may explain why Splunk raised its full-year forecast once again. The company said it’s now projecting revenue of $2.25 billion for the year, up from the $2.2 billion it predicted three months ago. Guidance for the next quarter was another positive, with the company saying it expects second-quarter revenue of $485 million, ahead of Wall Street’s predicted $479.4 million.

Strangely, though, the reaction from shareholders was contrary to what most would have expected, at least at the outset. The company’s stock fell almost 3% in after-hours trading. Update: Shares fell more than 7% in Friday’s trading.

The reason for investor disappointment was apparently concerns about cash flow as more of the company’s business moves to renewable software bookings. “Since customers are invoiced annually under renewable contracts versus upfront with perpetual, the increase in recurring revenue should create a greater trough in operating cash flow than originally guided,” Needham analyst Jack Andrews wrote in a note to clients reported by Investor’s Business Daily.

Other analysts were more sanguine. “We are not concerned by a lower FY20 cash flow from operations guide, as an accelerated shift to renewables should deliver a greater cash flow inflection on the back-end,” Mizuho Financial Group analyst Gregg Moskowitz wrote in a note to clients.

Chief Executive Doug Merritt (pictured) called out new products for the strong topline results. In the quarter just gone, the company launched two new products that it hopes will help it expand beyond its core data analytics offering.

They include Splunk’s Connected Experiences platform, which analyzes data gleaned from server logs and other sources to provide at-a-glance information about those servers, plus actionable insights about the activity within them. Then there’s Business Flow, which provides operational intelligence driven by data from networks in order to help visualize end-to-end business life cycles based on server use.

“Splunk is doing well, fueled by the need of enterprises to make sense, control and predict the state of things and machines,” said Holger Mueller, principal analyst and vice president of Constellation Research Inc. “All eyes are now on the new products, where Splunk is betting on becoming more relevant to the enterprise beyond its strong position with IT. Future quarters will show how successful these products are, or maybe Splunk will break out revenue for these new offerings.”

Splunk has also been expanding its push into enterprise security of late with new offerings and partnerships that are meant to help secure endpoints and connected “internet of things” devices.

During an interview on theCUBE, SiliconANGLE’s mobile livestreaming studio, at the RSA Security Conference in March, Merritt talked about the firm’s nascent Splunk Phantom platform, which provides new security automation and response capabilities. He also discussed Splunk’s partnership with another security provider, Forescout Technologies Inc. The two companies have integrated their platforms so Splunk customers can visualize Forescout data for trend analysis, monitoring and reporting across managed and unmanaged devices.