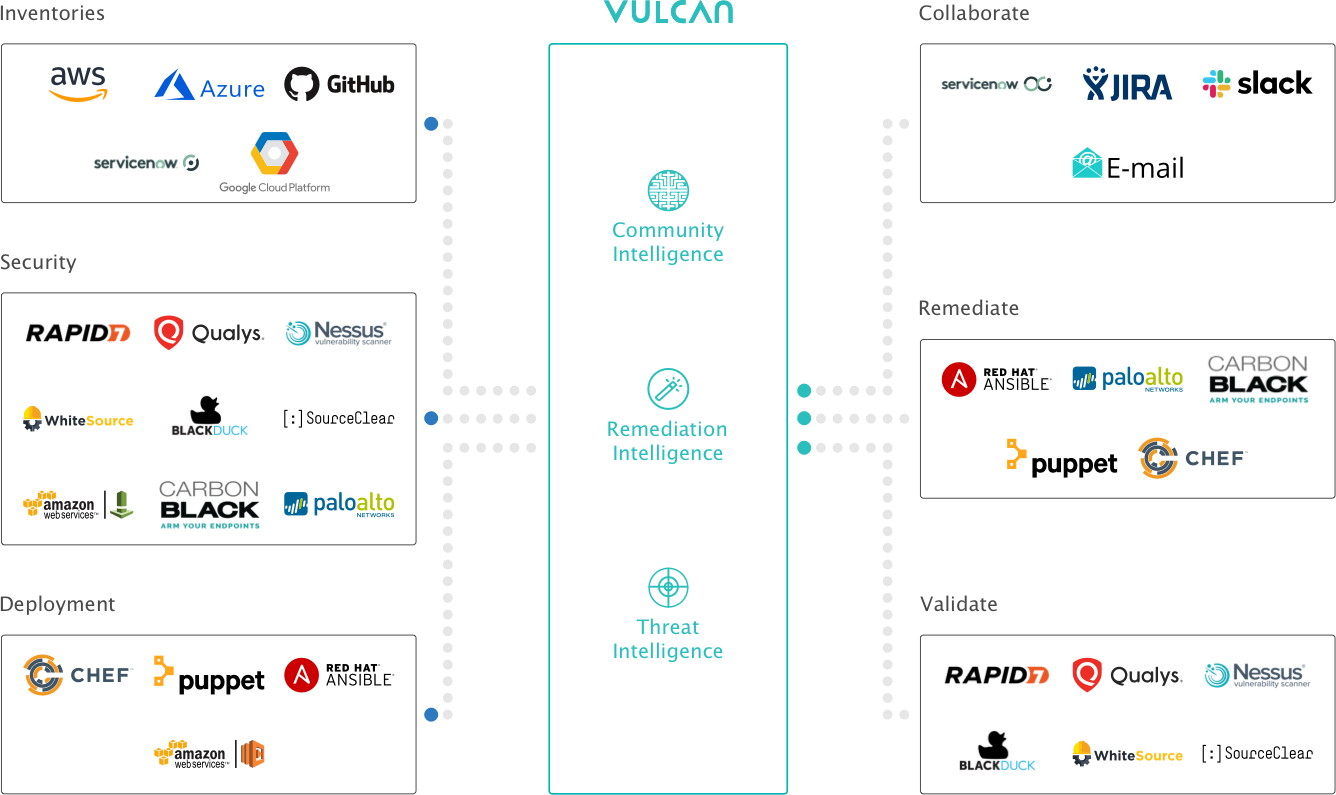 Based in Tel Aviv, Vulcan specializes in assisting enterprises detect and fix vulnerabilities in their software stack and code. The company offers a vulnerability assessment platform designed not only to identify weaknesses in a company’s systems but also to figure out how to fix them.

Using what the company calls its Subjective Prioritization Engine, the platform ranks vulnerabilities based on unique risk to the enterprise by correlating asset data, security assessment results and threat intelligence. The approach is said to allow teams to focus on the most critical vulnerabilities predicted to be most likely exploited in their digital networks.

Vulcan’s platform integrates, automates and orchestrates existing tools and processes, aiming to eliminate risks caused by vulnerabilities while avoiding impact to business operations. The list of existing tools and services it integrates with includes major cloud hosts, major security providers and deployment options. In addition, the platform integrates with existing collaboration, validation and remediation services (above).

“IT leadership can no longer rely upon disparate internal resources and legacy processes to comprehend and act upon knowledge of vulnerabilities and other threat intelligence,” Yaniv Bar-Dayan, Vulcan Cyber’s co-founder and chief executive officer, said in a statement. “Only continuous, collaborative, automated remediation, as offered by Vulcan, can close the vulnerability gap, at scale, across today’s cyber threat landscape.”

To the surprise of absolutely no one who follows Israeli startups, particularly in the security market, Bar-Dayan previously worked for Israeli military intelligence, its former conscripts being the powerhouse behind the Israeli startup community.

While not providing a list of customers, in a case study Vulcan quotes Mario Duarte, vice president of security at Snowflake Computing Inc., as saying that using the company’s platform allowed it to remediate more than 40% of the known vulnerabilities found in one of their core environments.

“Vulcan digested the data from our vulnerability scanners and cloud infrastructure and was able to find our blind spots rapidly, prioritize the most critical vulnerabilities in our specific environment, and offer ‘click-of-a-button’ remediation solutions for our DevSecOps teams,” Duarte said.

Including the new funding, Vulcan has raised $14 million to date.