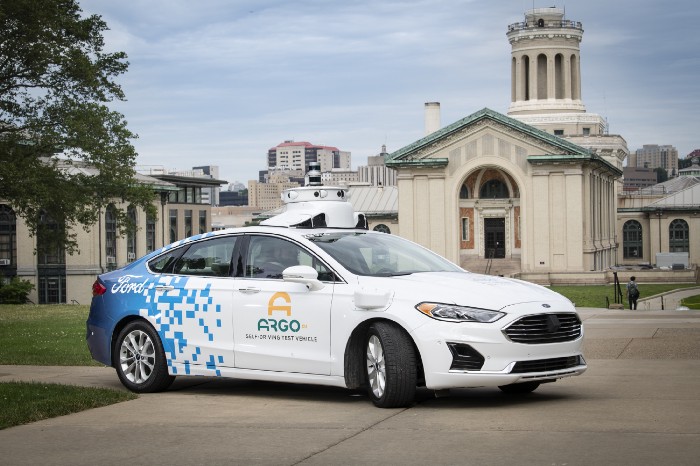 Argo AI LLC, one of the leading contenders in the race to develop fully autonomous vehicles, today revealed that it has received a $2.6 billion investment from Volkswagen AG.

The deal comes two years after Ford Motor Co. bought a majority stake in the startup for $1 billion. Argo has since been essentially operating as a semi-independent Ford subsidiary, with its own board and an internally dictated engineering roadmap. The Volkswagen investment will see the startup become something more akin to a joint venture between the two automakers.

Volkswagen will provide Argo with $1 billion in capital and hand over its Autonomous Intelligent Driving group, which is valued at $1.6 billion. Additionally, the automaker is set to buy $500 million worth of shares in the startup from Ford. Once all is said and done, the companies will each have an unspecified minority stake in Argo that will entitle them to two board seats, for a total of four out of seven.

The remaining equity will be held by members of the Argo team. Chief Executive Bryan Salesky, one of the startup’s internal stakeholders, disclosed in a blog post that the investment values Argo at more than $7 billion.

Salensky will oversee a significantly expanded team once the deal goes through. The merger with Volkswagen’s Autonomous Intelligent Driving unit is set to increase Argo’s headcount by 40%, to more than 700 workers.

“With Ford and Volkswagen as partners, Argo technology could reach nearly every global market and be applied across multiple brands and to a variety of vehicle platforms,” Salesky wrote.

Volkswagen is the world’s largest carmaker with nearly 11 million vehicles sold in 2018, while Ford is the fifth-largest. Their portfolios cover every major automobile category from superminis to semi trucks. That means Argo’s autonomous driving technology could eventually find its way to both the commercial and passenger vehicle markets.

Ford and Volkswagen have set a goal of introducing their first self-driving cars in 2021. Though they’re still very much rivals, the companies are collaborating across a growing number of areas to address the changes in the auto market. The new investment in Argo is part of a deal that will also see Ford receive access to electric car components developed by Volkswagen.