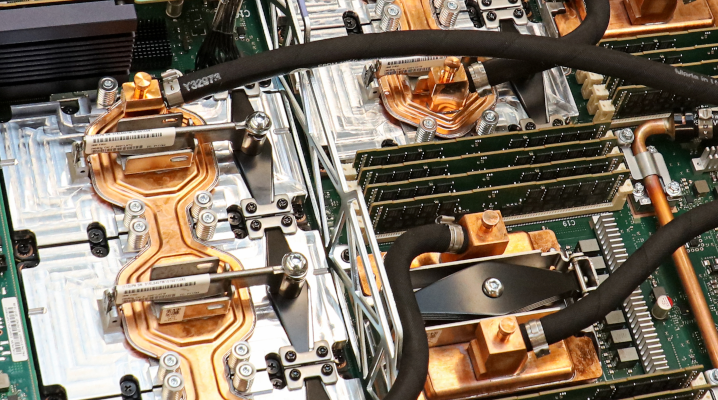 IBM Corp. is open-sourcing the machine language at the heart of its OpenPower processor series, which is used, among others, in the world’s two fastest supercomputers.

The move was revealed today by the OpenPower Foundation, an industry body IBM had set up a few years ago to foster adoption of the chip family.

The group is also backed by a number of other tech firms including Google LLC. The OpenPower machine language, or instruction set architecture in proper technical parlance, is what converts software code into physical transistor operations on the chip’s circuit board.

Companies previously needed an expensive license from IBM to use the instruction set. Now, it’s becoming available for free, enabling chip designers to build OpenPower features into their processors without paying royalties. The licensing terms will also allow users to extend and customize the instruction set for the specific applications they’re looking to run.

IBM is releasing a number of resources to lower the learning curve for adopters. These include a reference guide for embedding the instruction set into non-OpenPower chips and implementations of the OpenCAPI and Open Memory Interface protocols, which are used to connect a server’s central processing unit with the onboard memory.

The underlying physical architecture of the OpenPower chips hasn’t been open sourced. The newest CPU in the series, the Power9, features 8 billion transistors and up to 24 processing cores depending on the model. Power9 units run inside the U.S. Department of Energy’s Summit and Sierra systems, which rank as the world’s first and second most powerful supercomputers, respectively.

The OpenPower Foundation hailed the release of the instruction set as a boon for the open-source community. “By moving the POWER ISA under an open model … and making it available to the growing open technical commons, we’ll enable innovation in the open hardware and software space to grow at an accelerated pace,” Hugh Blemings, the group’s executive director, said in the announcement.

As an extension of this effort, IBM will move OpenPower Foundation under the wing of the Linux Foundation. Handing over the project to the industry’s most prominent open-source software  body could provide another boost to adoption in the long run.

The OpenPower instruction set is only the latest internal technology IBM has released since its pivotal $34 billion acquisition of Red Hat Inc., a key player in the open-source ecosystem best known for its Linux distribution. Previously, IBM released a trio of specialized artificial intelligence tools for conducting cancer research.