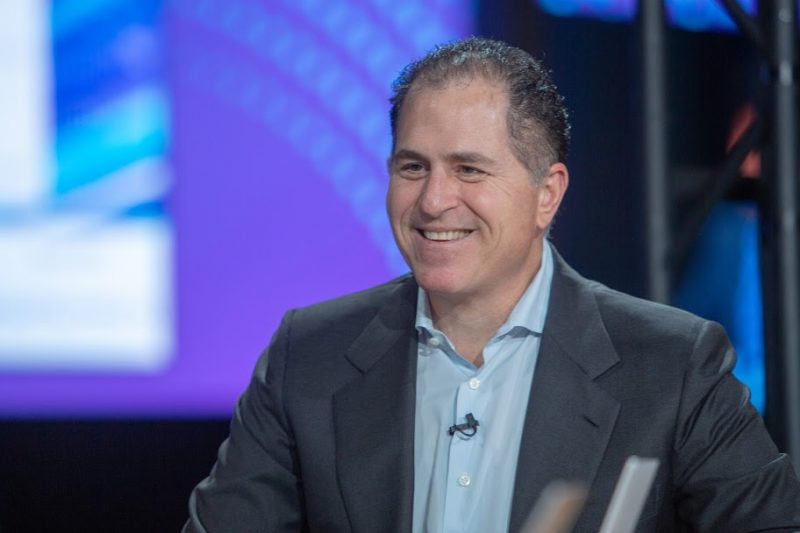 The infrastructure technology giant reported earnings before certain costs such as stock compensation of $2.15 per share on revenue of $23.4 billion, up 2% from a year ago.

That was well ahead of Wall Street’s forecasts. Analysts had predicted Dell to report earnings of just $1.47 per share on revenue of $23.27 billion. Investors liked what they saw, and Dell’s stock rose 9% in after-hours trading.

The main reason for Dell’s success this quarter was the sterling performance of its PC business, which pulled in record revenue of $11.7 billion, up 6% from the same quarter a year ago. Within this segment, commercial revenue came to $9.1 billion, up 12%. Consumer revenue wasn’t quite so good, falling by 12% from a year ago, but no big deal for Dell because its PC business mostly caters to the business world.

Analyst Patrick Moorhead of Moor Insights & Strategy said Dell’s PC success was thanks to a combination of its portfolio competitiveness and more businesses transitioning to Windows 10. That transition will likely benefit Dell going forward too, he predicted.

“I expect the Windows 10 transition to have a positive market impact the next two or three quarters,” Moorhead said.

Dell’s second most important business, its Infrastructure unit, didn’t do quite so well but nonetheless remains healthy. The unit pulled in revenue of $8.6 billion, down 7% from the same period a year ago. Revenue from storage products and services was flat, but server and networking sales fell 12%, the company said.

Still, the company said it was optimistic that things will pick up soon. “We are in the early stages of a technology-led investment cycle,” said Dell Vice Chairman Jeff Clarke in a statement. “IT spending remains healthy and our business drivers remain strong.”

Dell subsidiary VMware Inc., which held its annual VMworld conference this week in San Francisco, remains a huge cash cow for the company, delivering an operating income of $762 million on revenue that topped $2.5 billion in the second quarter.

Constellation Research Inc. analyst Holger Mueller said that while the quarter was encouraging, it doesn’t hide the fact that its infrastructure business still isn’t delivering.

“Dell is still chasing the magic formula to grow faster in a shrinking market than anybody else is,” Mueller said. “Now it needs to find growth first, and from there a more competitive level of growth.”

Dell did at least try to identify some bright spots in its infrastructure business. It said that its average server selling prices remained steady as customers bought more high-end systems. For example, orders of its VXRail hyperconverged infrastructure appliance jumped 77%, thanks in part to a deeper integration with VMware Cloud Foundation, officials said.

Charles King of Pund-IT Inc. said the performance of Dell’s PC unit and VMware helped to offset the “less than stellar” results of the infrastructure business. It also underscores the steady value of the end-to-end solutions strategy of Chief Executive Michael Dell (pictured), he said.

“Contrast that with HP’s decision to uncouple its PC/printer and data center organizations, leaving both to gyrate according to which markets are up or down, or in or out of fashion,” King said.

In a conference call, Dell executives said the company was on track to pay down about $5 billion in gross debt during this fiscal year. Dell had amassed an enormous $48.8 billion debt following its $67 billion acquisition of EMC Corp. back in 2016, but has now cut that to $36.4 billion still owed.

“Though the company had to borrow heavily to acquire EMC and its majority stake in VMware, this quarter’s performance demonstrates that Dell is well-positioned to continue paying down those debts in a timely or even accelerated manner,” King said. “That’s great news for Michael Dell, his companies and their respective shareholders.”