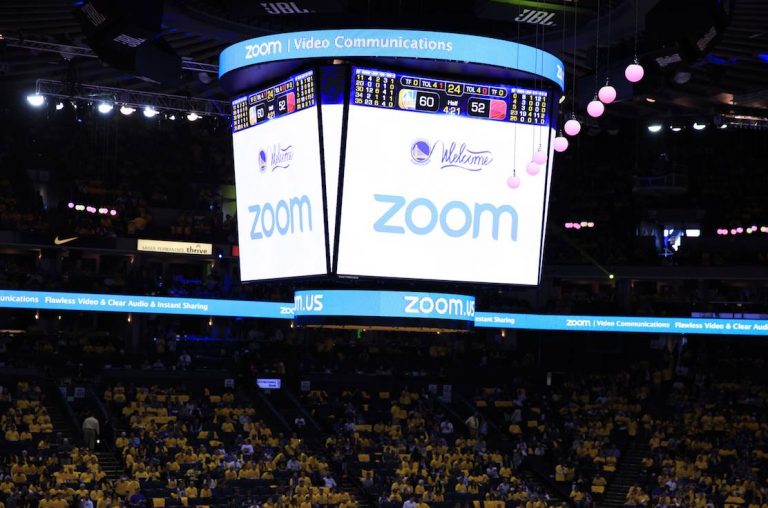 Zoom Video Communications Inc. might be wondering what it did wrong today after seeing its shares fall despite reporting solid financial results and a strong outlook.

The company, which sells highly regarded video conferencing software that can run on every kind of device, reported second-quarter earnings before certain costs such as stock compensation of 2 cents per share. Revenue jumped 96%, to $145.8 million, from a year ago.

The numbers surpassed Wall Street’s expectations. Analysts had forecast earnings of a penny a share on revenue of just $130.3 million.

Zoom also gave a strong outlook for the next quarter. The company said it’s expecting a third-quarter profit of 3 cents per share on revenue of between $155 million to $156 million. Wall Street had earlier forecast a loss of a penny a share on revenue of $140.4 million.

Things look even better with the full-year forecast. Zoom said it expects fiscal 2020 earnings of 18 to 19 cents per share on revenue of $587 million to $590 million.

The company had further good news on the customer front. It said it now counts more than 66,300 customers with over 10 employees, up 78% from the same quarter last year. It also pointed to 466 customers spending more than $100,000 a year on its products, up from 405 in the previous quarter.

The reason for the stock drop isn’t clear, but it might just be that investor’s enthusiasm is running out of steam. Zoom has done tremendously well since going public in April. It launched its initial public offering at $36 a share, but the stock rose rapidly and has since been trading at more than double that price.

In any case, Holger Mueller of Constellation Research Inc. said there was no need to worry about these short-term hiccups regarding stock movements, given how the company is close to getting the ultimate brand name recognition, wherein the name itself becomes established as a verb.

“Let’s see if “to Zoom” becomes a part of every day business language, just like how “to Google” already has,” Mueller said. “Like all highly valued startups,  Zoom needs to keep executing on its growth rate to achieve the critical size that guarantees it’s independence. The legendary $1 billion in revenue is definitely within reach.”

During the quarter Zoom announced that Verizon Communications Inc.’s business group will market its unified communications platform to its global customers.

The company also suffered from some rare negative publicity after a vulnerability was found in its software that could have allowed hackers to hijack Mac computer web cams via a malicious website. That vulnerability worked by exploiting the way Zoom sets up the ability to accept a call, but it has since been patched.