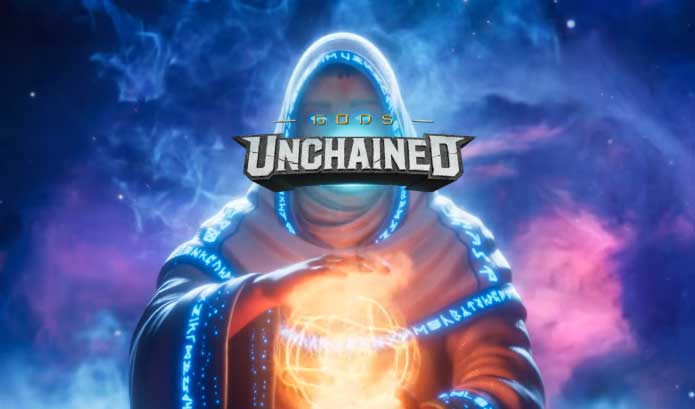 Immutable, a company formerly known as Fuel Games that makes games that use distributed ledger blockchain technology to create player-owned assets, announced today that it has raised $15 million in new funding.

The company intends to use the money not just to continue to develop its card game, but also to build out the Immutable Platform, an open-source blockchain toolkit that will permit developers to create “immutable assets.” This asset type will allow players to truly own in-game items like cards, skins, weapons, virtual clothing and more types of digital “things.”

“We’re building foundational products and technology to make true ownership of digital objects a new normal,” said James Ferguson, chief executive of Immutable. “This round of financing helps us accelerate the speed and direction by which we approach that reality.

Blockchain technology makes it possible to trade unique tokens from one person to another in a provable way. Ownership of a virtual item can be proven with the use of a cryptographic key stored in a digital wallet, which can be traded to another person using a blockchain transaction. Once that trade occurs, it’s immutably recorded to the blockchain, which is the origin of Immutable’s company name.

Blockchain games that take advantage of this provable tradability include Ethereum-based “CryptoKitties,” published by Dapper Labs, in which players can breed and trade digital cats, and “Spells of Genesis” from EverdreamSoft SA. The latter is another digital trading card game that uses the blockchain to enable the transfer of cards between players as actual assets.

The Series A funding was led by Naspers Ventures and joined by Galaxy Digital. Immutable previously raised a seed round last year led by Continue Capital, Nirvana Capital and included Coinbase Ventures. Since then the game has also raised more $4.5 million in revenue during its beta period by selling almost 5 million cards. That’s all part of what the company calls its “Genesis Sale,” which ends Oct. 10.

This sale included a one-of-a-kind card, Hyperion – provably so using blockchain technology – that sold for over $62,000 in Ethereum cryptocurrency in February. The Hyperion card is one of four unique cards in “Gods Unchained” known as the Genesis Titans. The known titans are Hyperion, Prometheus and Atlas, with a fourth titan that has yet to be announced.

These cards represent mythic creatures of incredible power and as unique cards and only four are planned to release per year. That makes the cards valuable only because of limited “print runs,” similar to the way collectible card games produce limited cards.

“True ownership of digital objects reflects the next paradigm for interactive content by aligning the long-term incentives of publishers, developers, creators, and players,” said Sam Englebardt, co-founder and co-head of principal investments at Galaxy Digital. “We’re investing broadly in the studios that are best executing on this vision across a variety of video game genres and ‘Gods Unchained’ is in a class by itself amongst trading card games.”

The “Gods Unchained” game is currently available and can be downloaded and played for free, although exclusive card packs are currently for sale. Currently it’s available for Windows and MacOS desktops, but a mobile app is also planned.

The official public launch of the game is planned for October, although the current public beta is fully featured.