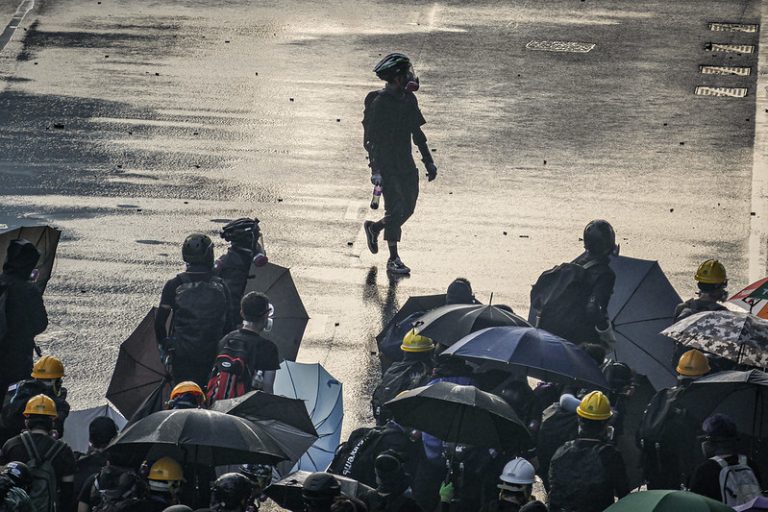 China unhappy with Apple, as American firms scramble to stay in the market

China’s state media accused Apple Inc. Wednesday of being an accomplice in the ongoing demonstrations in Hong Kong after giving the green light to a tracking app that tells protestors the location of police.

“Protecting rioters – Has Apple thought clearly about this?” asked the Communist mouthpiece, People’s Daily. “Allowing the poisonous app to flourish is a betrayal of the Chinese people’s feelings.”

The app in question is called HKmap.live, which gives not only the location of police but also anti-government demonstrators. According to reports, it was approved by Apple on Oct. 4, though was earlier turned down. Right now it’s said to be the most-downloaded Hong Kong travel app in the iOS App Store.

On Wednesday, China’s Ministry of Foreign Affairs also criticized Apple. “Anyone with a conscience and sense of justice should boycott and object to this instead of supporting and indulging it,” said a spokesperson for the ministry.

Update: Apple late Wednesday removed the app. In a statement, Apple said, “The app displays police locations and we have verified with the Hong Kong Cybersecurity and Technology Crime Bureau that the app has been used to target and ambush police, threaten public safety, and criminals have used it to victimize residents in areas where they know there is no law enforcement. This app violates our guidelines and local laws.”

Still, even that move heightened the controversy on how companies are dealing with China. All this comes just after NBA games were pulled from Chinese television because of tweets made by Houston Rockets General Manager Daryl Morey in support of the protests. It seems now the future of the NBA in China is on thin ice. The league, which is incredibly popular in China, has tried to make amends, though that has come with its own criticism.

More Hong Kong-related strife happened yesterday after U.S. gaming company Blizzard Entertainment Inc. suspended an e-player in Hong Kong after he voiced support for the protests. That led to Blizzard employee walkouts in the U.S. and torrents of criticism from gamers and the public.

“Blizzard shows it is willing to humiliate itself to please the Chinese Communist Party,” tweeted Democratic Senator Ron Wyden. “No American company should censor calls for freedom to make a quick buck.”

“Recognize what’s happening here,” tweeted Republican Senator Marco Rubio. “People who don’t live in #China must either self-censor or face dismissal & suspensions. China using access to market as leverage to crush free speech globally. Implications of this will be felt long after everyone in U.S. politics today is gone.”

The New York Times wrote Wednesday that “several companies” have recently apologized for offending the Chinese government concerning the protests, with some companies reportedly self-censoring preemptively “to ensure that they do not lose access to the lucrative Chinese market.”

When it comes to values, it seems some American companies are not willing to risk upsetting China, although the animated comedy TV show “South Park” retained its integrity after issuing a sardonic statement following its removal from China’s airwaves.

“Like the NBA, we welcome the Chinese censors into our homes and into our hearts,” tweeted South Park’s creators Trey Parker and Matt Stone. “We too love money more than freedom. Long live the Great Communist Party of China! May this autumn’s sorghum harvest be bountiful! We good now China?”

Value versus values: Accenture identifies growing 'tech-clash' between consumers and companies
Watch out for robots in the wild: a report from the post-digital near future
Facebook's Syamla Bandla relies on speed and resilience in a male-dominated tech world
Do you know where your data is? The complications of data protection in the multicloud world
IBM targets storage complexity with new FlashSystem technology