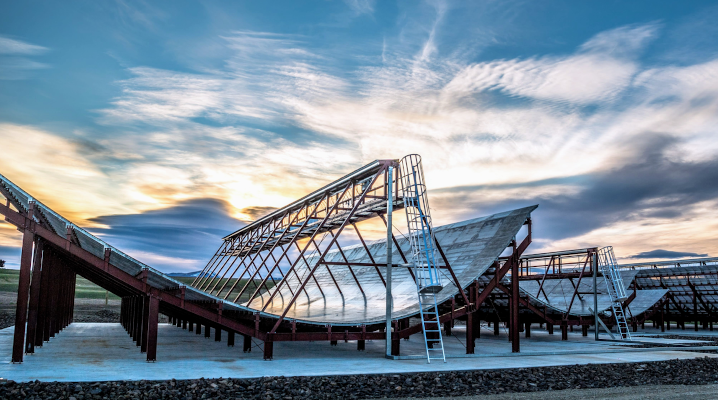 The millions of pieces of debris that litter the Earth’s orbit zip around at speeds of up to 17,500 miles per hour, according to NASA, which means even a pebble-size object can cause catastrophic damage to a satellite in a head-on collision.

LeoLabs Inc. believes that the first step to tackling the problem is gaining the ability to monitor space junk from the ground. The startup today inaugurated a radar installation in Central Otago, on New Zealand’s southern island, that it claims will provide a significantly better view of the debris circling the planet.

The Kiwi Space Radar (pictured) can spot objects as small as 0.79 inches across in low Earth orbit, where most of the space litter is located. The system is the first commercial radar in the world with the capacity to detect debris smaller than 3.9 inches. It joins LeoLabs’ two existing sites in the U.S. and will expand the number of objects the startup tracks from about 13,000 today to around 250,000.

Menlo Park, California-based LeoLabs got its start in 2015 as a spin-out from the storied SRI International research center. The institute is responsible, among others, for incubating the startup that created the algorithms behind Apple Inc.’s Siri. LeoLabs’ radars are based on technology that its team members had developed at SRI for the purpose of helping scientists better study the ionosphere.

Ceperley said that the startup plans to build three more radars by 2022 for a total of six. Like the Kiwi Space Radar, the installations will be equipped to track small pieces of debris that are currently difficult to monitor effectively. These objects, LeoLabs Chief Technology Officer Michael Nicolls explained, “account for most of the risk of collisions in space.”

The startup’s mission is about more than just helping satellite operators keep their expensive hardware out the way of flying space junk. Its radars also lend themselves to monitoring the satellites themselves, visibility that can aid mission control staff as they execute a complex orbital maneuver. A company such as SpaceX Corp., meanwhile, could use LeoLab’s radars to check that all the satellites in its internet constellation are where they’re supposed to be.

In the long term, the startup is eyeing even more ambitious applications. LeoLabs believes that the orbital data it collects could be used to develop a new generation of machine learning models optimized to run on spacecraft. A debris removal satellite like the one Japan’s Astroscale Holdings Inc. is building, for instance, could benefit from the ability carry out time-sensitive actions autonomously instead of having to wait on mission control to beam up instructions.

“Training AI requires huge amounts of data,” said Ceperley. “Our radars generate that data and our cloud system archives it. There are a lot of questions across the industry about how to maneuver large fleets of satellites (to collect data, swap in spare satellites, and avoid collisions) … and how to conduct advanced operations like grabbing and de-orbiting debris. These sorts of questions can be addressed with AI.”

LeoLabs is backed by $17 million in funding from investors that include SRI, Airbus SAS and Slack Technologies Inc. backer Horizon Ventures.