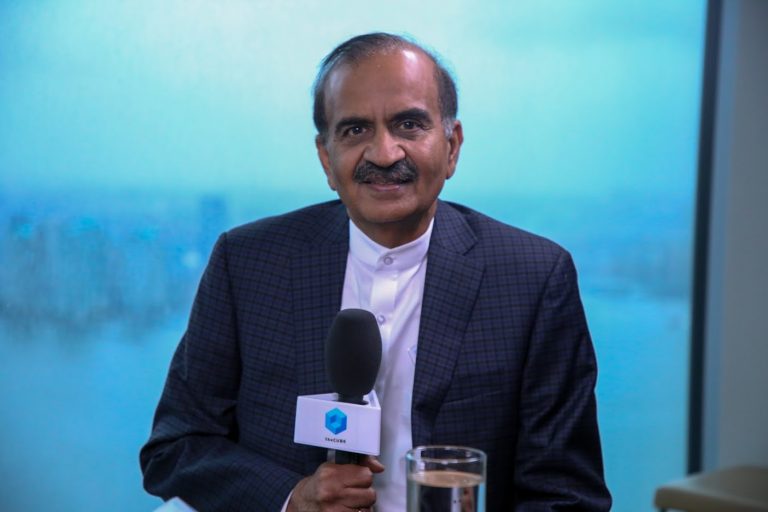 Three engineers went out to play, along a network’s web one day. They had such enormous fun that they called for another engineer to come.

A merry band of networking engineers — Mario, Prem, Luca and Soni, known as MPLS for short — thought they were ready for retirement around 2017. But the technology world may still need the famous quad of influencers to once again rethink computing architecture. With a likely aim to take on Amazon Inc.’s Annapurna chip, the familiar team of former Cisco Systems Inc. engineers set out to create a better piece of hardware for scaling data at the edge of computing’s network, from server to device. After two years in stealth mode, Pensando Systems Inc. launched with a flurry of high-profile partners and $278 million in total funding.

Truth is out after Pensando’s formal launch

Even in stealth mode, Pensando’s two years of early development were hardly under the radar. With a founding team famous for internally supported spin-ins at Cisco, there’s been much speculation about Pensando’s objective. After a formal launch event on the top floor of the Goldman Sachs building last week, the truth is out.

Pensando’s data center chip is specifically designed to handle computing tasks related to network management, security and storage. The chip is part of an accelerator card to be plugged into a server to offload these crucial tasks, unburdening the machine’s main processor. The result, according to Pensando, is a 20% to 40% reduction in central processing unit utilization.

This power-saving capability is a primary appeal for Pensando’s new card, as it allows for efficiency gains by freeing up computing power that can be better allocated for bigger workloads. And by consolidating a solution for networking, security and storage in a single chip, Pensando hopes to replace the need for sometimes pricey standalone appliances tacked on to servers for managing these tasks.

“We saw a number of challenges and opportunities at the same time,” said Soni Jiandani, co-founder and chief business officer of Pensando. “We clearly saw that the cloud architectures that had been built by the leaders and incumbents — like Amazon Web Services — today have a lot of the intelligence being pushed into their respective compute platforms. We also noticed that, while that was what was needed to build the first generation of the cloud, new-age applications … will be processed at the edge by 2025,” she furthered, citing a recent Gartner Inc. study projecting 70% of all enterprise applications will need processing at the edge of computing networks.

“You need the services to go hand in hand with that scale-out compute architecture for enterprises so they can simplify their architectures and bring cloud models that have only existed in the cloud world into their own data centers and their own private clouds,” Jiandani explained.

Distributed visibility, and beyond

To address the many challenges of scale-out architecture for intelligent data transactions at the edge, Pensando at its core is a distributed services platform, according to another founding member. It’s programmable, software-defined nature enables its services to span networking, storage and security, offering extended visibility into the distributed nature of modern cloud architectures.

“Visibility is one of the biggest challenges most data centers face today. Lots of people try to do multiple different things, but they’re never able to do it in the way we are doing it,” said Prem Jain (pictured), chief executive officer of Pensando. For starters, Pensando doesn’t run anything on the host server, running everything instead on its specialized chip, avoiding the need to run additional virtual machines on the server.

This end-to-end visibility, based on communication flows between data end points, makes application monitoring more accurate and also makes it easier to locate isolated, siloed data. And with four to eight gigabytes of memory, each Pensando card can store these workflows to provide real-time intelligence on their behavior, which supports the type of insights needed for data security in a compliance-driven world.

“We took [security] a step further to say, now, if there were to be a bad actor that were to attack from an operating system vulnerability perspective, how do we ensure we can contain that bad actor as opposed to it being propagated over the infrastructure? Those elements are things you cannot bolt on,” Jiandani stated.

“At design time is when you need to go put those into the design day one,” she furthered. “Only on top of that foundation then can you build a very secure set of services, whether it’s encryption, distributed firewall services, so on and so forth.”

It’s this thoughtful approach that attracted major support at Pensando’s onset, including former Cisco CEO John Chambers. He sees a startup at an inflection point within a broader technology sector in need of scalable solutions for computing at the edge of the network where devices live, as well as the edge of the data center where servers live.

“Can [Pensando] bring to the market the new edge in a way that will be a market-leading force for a whole decade through an ecosystem of partners that will change business dramatically and perhaps become the next major tech icon? It’s how well you do that,” said Chambers, who liked Pensando so much that he joined the executive board as chairman.

Here are the video interviews with Chambers, the second one along with Hewlett Packard Enterprise Co. CEO Antonio Neri:

In a market dictating all businesses become digital entities, data, networking and storage have become the critical components that also cause the most pain points in modernizing computing infrastructure. From 5G networking to the internet of things, the explosion of devices has exceeded 26 billion worldwide, with more data transactions happening at the edge.

As the former head of Cisco, Chambers is all too familiar with the team of former Cisco engineers behind Pensando. Dating back to 1983, Prem Jain, Mario Mazzola and Luca Cafiero collaborated on their first projects within Cisco. Ten years later, through the acquisition of Crescendo Systems Inc., the trio was introduced to Soni Jiandani and the team grew to four, now known by their first initials MPLS. With four startups under their belt, including Andiamo Systems Inc., Nuova Systems Inc. and Insieme Networks Inc., which were bankrolled and acquired by Cisco over the years, the engineers are well established as innovators and business people.

Their proven success instilled confidence in early customers, including Goldman Sachs, which faced the challenge of establishing a software-defined security policy with its computing architecture to meet the privacy needs of a financial institution.

“In our industry, there’s lots of segmentation for material non-public information, compliance — it could be internet-facing, business-to-business-facing — we do that,” said Goldman Sachs’ Matheus. “Today we program various firewall vendors automatically and allow our application developers to create these policies and push them through as code, then program the firewall. What we were really looking to do here is distribute that.”

On day one of getting Pensando into production, Goldman Sachs’ information-technology team was able to program its internal firewall system, Pinnacle, directly into the Pensando Venice manager via an application programming interface, according to Matheus.

Bankrolled by a family of friends

As an early user, Goldman Sachs ultimately converted to an investor and advocate of Pensando, hosting the startup’s launch event last week in New York City. The event was a who’s who of the technology and investor world, with attending launch partners, including Oracle Corp. and Hewlett Packard Enterprises Co., playing a dual role as partner and investor.

“They’ve been pretty good at identifying a lot of these cycles. They’ve brought us land switching a long time ago with Crescendo. “They’ve redefined the data center several times. … What’s driving this opportunity really is the effect of the explosion of applications in the network, and of course east-west traffic in the network,” said Barry Eggers, founding partner at Lightspeed Venture Partners, referring to data transferred between servers within a data center, whereas north-south networking traffic moves between the data center and an outside client location.

“So networks were more designed north-south, and they’re slowly becoming more east-west,” Eggers added. “But because the applications are closer to the edge and networks today mostly provide services in the core, the idea for Pensando is, ‘why don’t we bring the service delivery, the services, closer to the applications?’ Improve performance, better security, and better monitoring.”

Such support, in the form of funding and partnerships, will be critical to Pensando’s success as it enters a newly minted market of startups and services dedicated to tech’s latest catchphrase — the edge. Santa Clara, California-based Fungible Inc. recently raised $200 million for its data processing unit, which offloads processor-intensive networking tasks from server CPUs. And Rancher Labs Inc. looks to optimize a handful of popular hardware appliances with a stripped-down version of Kubernetes for better container management at the edge.

With the funds raised, Pensando will hire more engineers and establish sales and support teams. The startup, antsy after two years in stealth, will be aggressive in its product ramp up, especially with the HPE partnership, according to Randy Pond, chief financial officer at Pensando.

“We’ve got a relatively complicated supply chain model, but that has to ramp now that we’re going to market. All that money, we’ll put to use to do that,” he said. “We’re changing facilities. We need to grow … the money is going to be used critically to really scale the business now that we can go to market.”