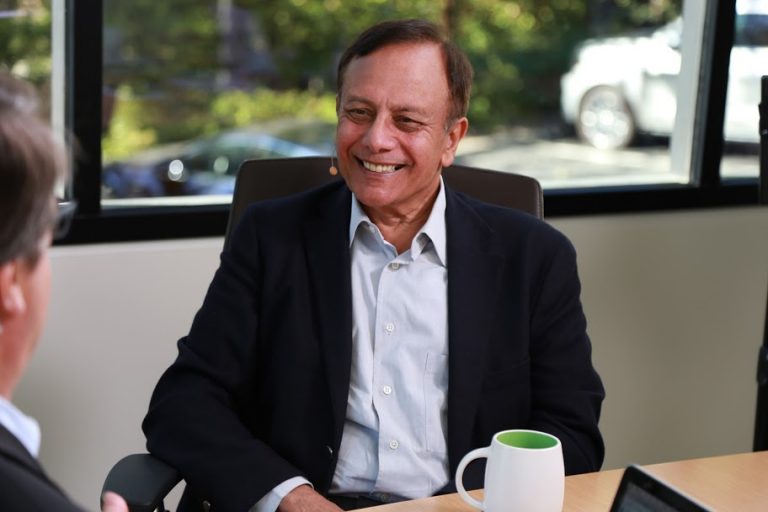 Fungible Inc., a startup developing a new kind of chip meant to make data centers more efficient, today revealed that it has raised a hefty $200 million round of funding.

SoftBank Group Corp.’s Vision Fund led the round with participation from Norwest Venture Partners and Fungible’s existing backers. With this new investment, the startup’s total capital raised now stands at more than $300 million.

The funding is part of an explosion in recent years in new processor startups to handle specific workloads such as analytics and artificial intelligence and related areas such as machine learning and deep learning.

Fungible was launched in 2015 by chief executive Pradeep Sindhu (pictured), one of the founders of Juniper Networks Inc., and former Apple Inc. vice president of software engineering Bertrand Serlet. The duo set out to develop a better way of shuffling information among the different sections of a modern data center.

Typically, the task of sending packets from a server to storage and back falls largely on the server’s central processing unit. That didn’t constitute a problem back when the number of transistors in processors still doubled every two years. However, now that CPU performance is advancing at a slower pace, chips are struggling to keep up with the increasing computing needs of data center storage equipment and networks.

“So many people have worked on the problem of building general purpose processors, faster and faster, better and better,” Fungible Chief Executive Pradeep Sindhu explained last year in an interview (below) on theCUBE, SiliconANGLE Media’s mobile livestreaming studio. “There’s not a lot left in that tank; the architecture has now played out. It’s the pursuit of what’s next is what led me to start my second company.”

Fungible is building a chip it calls a data processing unit, or DPU, that’s specifically designed for processing packets. It not only offloads the work from a server’s CPU, thus freeing up resources for other areas, but according to the startup can also carry out the task an entire order of magnitude more efficiently.

The chip is being hailed as a “supercharged traffic controller” by Fungible. It can send and receive packets, compress the data to save bandwidth, encrypt it for security purposes and support network security systems such as firewalls. The DPU also accommodates specialized processors such as graphics cards that enterprises are deploying in data centers alongside CPUs.

Fungible will use the new capital to speed up product development. The startup also plans to start ramping up sales and marketing efforts in preparation for the DPU’s eventual launch, though it hasn’t yet shared a time frame.

Here’s the full interview with Sindhu: