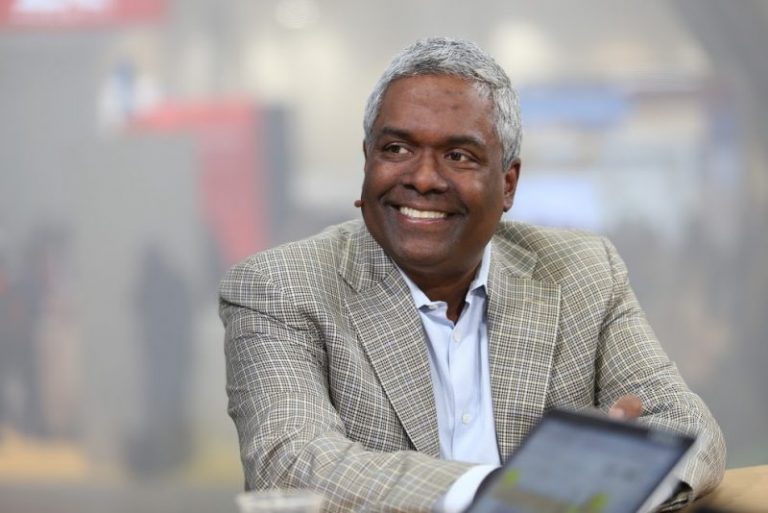 It’s the pricing model, dubbed Keystone, that NetApp Chief Executive George Kurian (pictured) chose to highlight in a CNBC interview ahead of the announcement at NetApp’s annual Insight conference in Las Vegas.

Keystone gives enterprises more ways to purchase the company’s hardware and storage software. Instead of buying a product outright, an IT department can now pay for it through a subscription or under a metered payment plan tied to usage.

“We’re bringing all the innovation that we got in the public cloud to customers’ data centers, along with the experience they get of buying on-demand like they do on the public cloud,” Kurian said. He elaborated that NetApp believes the new billing options will help customers “move forward” with their storage purchases.

Aside from the announcement of Keystone, attendees of the company’s Insight conference were greeted by a swath of hardware updates. One of the product lines being expanded is the StorageGrid family of object storage appliances, which now boasts a new all-flash system dubbed the SGF6024. It can be configured with up to 7.6 terabytes of raw capacity per chassis and provides around 50% lower latency than the older SG6060 model.

Also new to the company’s portfolio: the A400 flash array. The system takes a spot in the middle of NetApp’s flagship Ontap product family, which is comprised of storage systems powered by its Ontap operating system. The A400 maxes out at 7.3 petabytes of raw storage space and packs an accelerator chip that offloads some tasks from the main processor, “thus delivering significantly higher performance,” NetApp project manager Mukesh Nigam wrote in a blog post.

The system is joined by something the company calls the AFF ALL SAN. In essence, it’s a product series comprised of modified versions of existing NetApp flash arrays that have been enhanced with an active-active controller architecture, which allows them to bounce back from hardware failures faster.

NetApp debuted the systems alongside a slew of other product updates. Among the additions is the C190 entry-level flash array, an enhanced version of the Ontap operating system and an integration with Microsoft Corp.’s  Azure cloud platform that’s rolling out for the StorageGRID line.