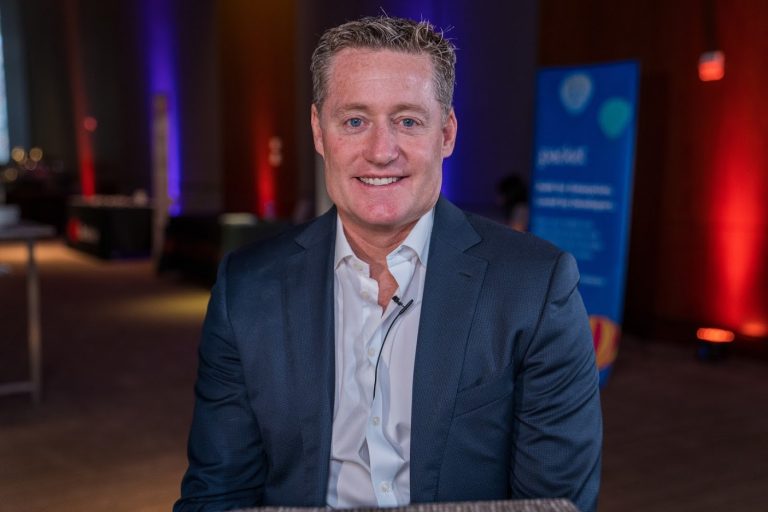 Q&A: An effective multicloud approach starts with the architecture

Enterprises thrive off options. The result? An infrastructure composed of multiple clouds designed to bring data sources closer to computing power, moving away from the siloed approach of managing disparate workloads.

Enter companies like Aviatrix Systems Inc., a solution for managing network and security services for multicloud enterprise. And while multicloud was once a buzzword, enterprises are now taking the trending approach to work smarter and have more choice and flexibility when it comes to vendor relationships.

“In the end, why do you want to go to cloud?” asked Steve Mullaney (pictured), president and chief executive officer of Aviatrix Systems. “I want to go to cloud because I want it to be self-service and I want agility. I want my developers, I want everybody to be able to do things quicker because all of the sudden they say, ‘Let’s go roll this out,’ and you want to be able to do it.”

Mullaney spoke with John Furrier (@furrier) of theCUBE, SiliconANGLE Media’s mobile livestreaming studio, during the ESCAPE/19 event in New York City. They discussed investment, infrastructure, and the impact to enterprise as it pertains to multicloud technology (see the full interview with transcript here). (*Disclosure below.)

Furrier: What specifically do you see the formula being for multicloud, because certainly everyone’s recognized that there’s a huge benefit for AWS from a scale standpoint, so why not use that? What’s going on in the enterprise on-premises that’s making this new thing work?

Mullaney: I think it all starts with architecture, like anything else. I think right now, enterprises have said, “OK, we’ve burned a boat, right? Now, we’re not going to get rid of our data centers, but in terms of our strategic investment, we are moving into the cloud. We are going to leverage the infrastructure of the hyperscalers, whether that’s just one hyperscaler or multiple.” I have not met an enterprise who thinks there’s only going to be one.

I don’t think they’re moving workloads across. I think they see that “I’m going to use Google for AI; I’m going to use AWS because I started there; I’m going to use Azure for Office 365, and everything in infrastructure is always multi.” It’s never homogeneous. I think what people are begging for right now is to build an architecture that gives them the optionality to be able to deliver a common set of services whether on AWS or multiple clouds.

Furrier: What do you guys do?

Mullaney: It’s networking and security services for the multicloud enterprise. And we’re building an architecture people can deploy that will give them this common architecture across all the different clouds. So whether you’re just using one cloud or multiple, it doesn’t matter; it’s the same set of security and networking services. We do that by embracing and extending the basic constructs that AWS, Google, Azure and Oracle — and all the other clouds — will give you, and to deliver that real enterprise class.

The other thing we’ve found is everyone thinks that the cloud gives you everything and anything you will ever need from networking and security. What the enterprises are figuring out is once they start going in, they realize it’s created for the low-level common basic constructs. As enterprises now move in, with mission-critical applications, they’re realizing, “I need the same level of networking and security services that I had on-prem. I can’t get that with the native constructs. So where do I go?” That’s what we do. We embrace what we can of those constructs. We fill in holes, and then we give you the mechanism to be able to orchestrate that across the global network.

Furrier: What is multicloud? I mean how do you define it? You laid out a pretty compelling architecture of what needs are, levers in the cloud, and on-prem is what Aviatrix does. But what is the definition — how should people understand what is multicloud?

Mullaney: We’re basic infrastructure. We get out there first, right? If you’re going to build a city, you don’t start putting people there first. If you do it right, you get sewers, you get electricity, gas, roads, all that. Networking and security infrastructure is basic infrastructure; It goes out first. And you want to create an architecture that’s going to live with you for 20 years; you don’t want to have to rip up the roads and put the sewers in later.

And that architecture needs to be multicloud, because even though you think most of our customers are 90% AWS right now, every single one of them say, “But I’m moving to Azure. I’m moving to Google. I’ve got retail customers that won’t allow me to put my infrastructure on AWS.” They all say that same thing. But what they all then say to us is, “You’re going to be the mechanism upon which I’m going to be able to deploy this common set of services.”

Watch the complete video interview below, and be sure to check out more of SiliconANGLE’s and theCUBE’s coverage of the ESCAPE/19 event. (* Disclosure: TheCUBE is a paid media partner for ESCAPE/19. Neither Slower.ai, the sponsor for theCUBE’s event coverage, nor other sponsors have editorial control over content on theCUBE or SiliconANGLE.)