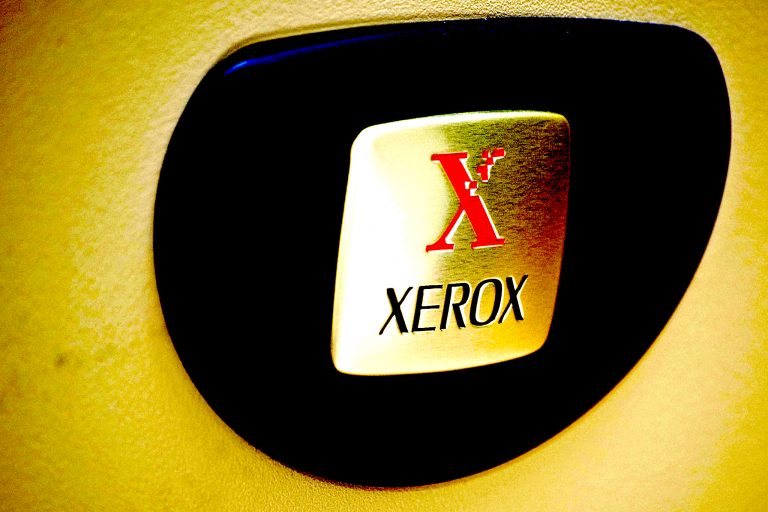 Xerox Holdings Corp. is considering a bid to acquire HP Inc. in a deal that would combine two struggling technology veterans.

That’s according to a report Tuesday night in the Wall Street Journal. According to people familiar with the matter, the Journal said, the copier and printer producer’s board discussed a cash and stock offer for the Palo Alto, California-based maker of personal computers, printers and printing supplies, whose market value is about $27 billion.

A deal isn’t a certainty, according to the sources, not least because HP’s market value is more than triple Xerox’s. There’s an even more striking sixfold difference in annual revenue, HP at more than $58 billion for its most recent fiscal year and Xerox at $10 billion.

But as the Journal noted, Xerox got a small boost Tuesday on the cash front: It announced that it will get about $2.3 billion from selling stakes in joint ventures with Fujifilm Holdings Corp., along with the dismissal of a more than $1 billion lawsuit filed by Fujifilm. What’s more, the Journal said, Xerox has obtained an informal funding commitment letter from a major bank.

Update: CNBC reported Wednesday that Xerox today made the offer, though it didn’t offer any details on price. The outlet also said HP confirmed the offer with this statement: “We have considered, among other things, what would be required to merit a transaction. Most recently, we received a proposal transmitted yesterday. We have a record of taking action if there is a better path forward and will continue to act with deliberation, discipline and an eye towards what is in the best interest of all our shareholders.”

Investors appeared to view the potential of a deal as a positive for both companies, but especially for HP. Its shares rose 6.4% in trading Wednesday, while Xerox’s shares rose 3.6%.

The advantage to both Xerox and HP could be that they could save considerable money combining operations — more than $2 billion in expenses, according to the sources. Both companies have been cutting costs for years as a variety of forces, from lower demand for printing and copying to competition from more successful PC makers such as Dell Technologies Inc., have left them with slow-growing or declining lines of business.

That said, HP’s PC business may not hold much for Xerox. “It could make sense buying HP’s printer business, but it doesn’t make any sense for the PC business,” said Patrick Moorhead, president and principal analyst at Moor Insights & Strategy.

Only in August, HP said Chief Executive Dion Weisler was leaving because of a “family health matter” it didn’t disclose. He was replaced by 30-year HP veteran Enrique Lores. HP has improved somewhat of late, reporting third-quarter financial results that topped expectations, but its stock is down 10% so far this year.

Moreover, it announced early last month that it would cut as many as 9,000 people, or 16% of its staff, to save up to $1 billion in annual expenses. The company will also take a $1 billion charge related to the plan, including $100 million in the current quarter, $500 million in fiscal 2020 and the rest split between fiscal years 2021 and 2022.

Norwalk, Connecticut-based Xerox, on the other hand, has seen its shares jump 84% this year following a cost-cutting round. It also reported an upside third quarter and raised its 2019 outlook. CEO John Visentin said on the company’s earnings conference call that better cash flow would allow it to do more deals.

Visentin who took over in May 2018 after activist investor Carl Icahn and another major shareholder quashed Xerox’s plans to merge with Fujifilm. Icahn still owns 10.6% of the company.

HP was spun out of Hewlett-Packard Co. in 2015 along with Hewlett Packard Enterprise Co., which makes computer servers and other data center equipment.

Getting real with today's most hyped software: An RPA case study
Zscaler's SASE platform brings security and policy closer to the user in a cloud-delivered service
How to guide employees through the digital transformation
The future is autonomous: 5 reasons why automation will be tech's major story in 2020
Data protection, containers and flash innovation key areas of focus for IBM Storage