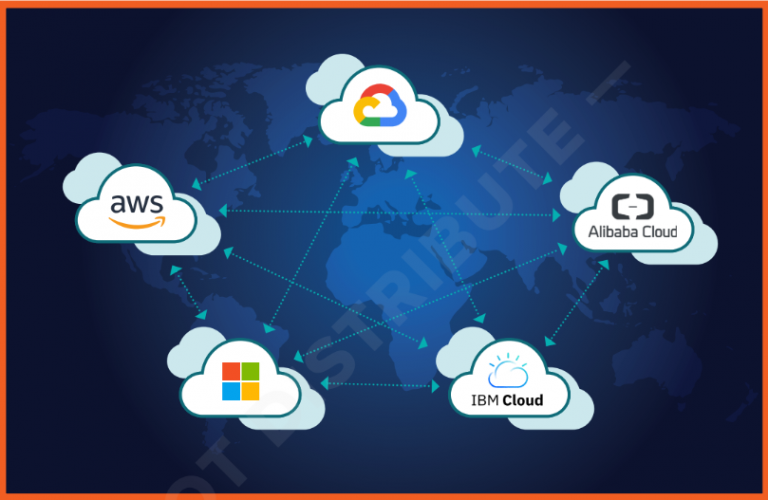 ThousandEyes is uniquely positioned to provide an unbiased look at each of the five major public cloud providers’ network performance, since its business model is based on helping companies track how their network traffic travels across the world.

To do tht, it relies on specialized software sensors in cloud data centers spread across 54 countries to monitor the world’s carrier networks. The company also lets enterprises deploy agents in their own internal infrastructure, as well as the devices through which employees access internal applications. ThousandEyes’ platform stitches together the data from these different sources to create a map of the network paths through which a company’s traffic flows.

The Cloud Performance Benchmark looks at the differences in performance and connectivity between of the top five public cloud services – Amazon Web Services, Microsoft Azure, Google Cloud Platform, IBM Cloud and Alibaba Cloud – and found some key differences between them that could important implications for their customers.

“When businesses need to decide which cloud provider best meets their needs, one metric that’s notably missing from their assessments has been performance data, mainly because it’s never been available or has, at best, been myopic,” Archana Kesavan, research author and director of product marketing at ThousandEyes, said in a statement. “The second annual Cloud Performance Benchmark gives businesses that comparative data. Understanding cloud performance is essential for planning and for ongoing measurement so you can be assured that you’re providing customers and employees with the best possible performance.”

Perhaps the most surprising finding from the report is that Amazon’s network provides “lower performance predictability” than both Microsoft and Google, despite its status as the world’s leading public cloud platform overall. The main issue with Amazon is its heavy reliance on the public internet for delivering network traffic, rather than its own infrastructure, as Microsoft and Google do.

Amazon does offer its own private network connection through its AWS Global Accelerator service, for a fee, but ThousandEyes claims that doesn’t always provide the boost that one might expect.

“The Global Accelerator is not a one-size-fits-all solution, as there are several examples where the internet actually performs faster and more reliably than Global Accelerator, or, the results are negligible,” the company said.

That said, Amazon did demonstrate lower latency and a better overall performance compared to one year ago.

Google Cloud is another service that benefits from having its own backbone to carry its traffic, and saw the highest performance improvement overall at 36.4%. But although Google demonstrated a “strong performance” in most regions, it still  has problems to address. The most pressing issue for Google is that traffic from Africa and Europe to India takes 2.5 to 3 times longer than other service providers on average, since it has to travel around the world rather than take the most direct route.

IBM and Alibaba Cloud were omitted from ThousandEyes’ inaugural Cloud Performance Benchmark, so there’s no comparable data from the previous year available. Still, both companies ranked well, with IBM offering a comparable performance to the big three. IBM uniquely takes a “hybrid approach to traffic delivery,” using its own backbone and the public internet in equal measure, depending on the region its traffic access.

Alibaba is also said to provide a comparable performance with its rivals despite relying almost exclusively on the public internet. One interesting thing to note, however, is that Alibaba’s traffic is unique in that it’s not contained within its own cloud infrastructure, as is the case with the others. Instead, its traffic exits Alibaba Cloud before traversing the internet, re-entering it once it reaches its destination.

ThousandEyes Chief Executive Officer Mohit Lad appeared on theCUBE, SiliconANGLE’s video studio, last month to discuss how his company monitors global cloud traffic and how its insights can be put to use: