The service also offers a Virtual Agent feature that enables businesses to automatically respond to callers using voice or text as a medium. Alternatively, Virtual Agent can handoff conversations to a human agent when required.

The announcement came a day after Google said it’s pushing rich communication services to Android Messages app users in the U.S. RCS, as it’s called, can be considered the replacement for the older SMS, or short message service, system that has been used for text messages for more than two decades. Unlike SMS, RCS natively supports read receipts, messaging over the internet, high-quality images and additional features.

Earlier this week, Google’s experimental unit Area 120, announced a major update to CallJoy, an automated, cloud-based telephone customer service agent for small businesses that was released in May. 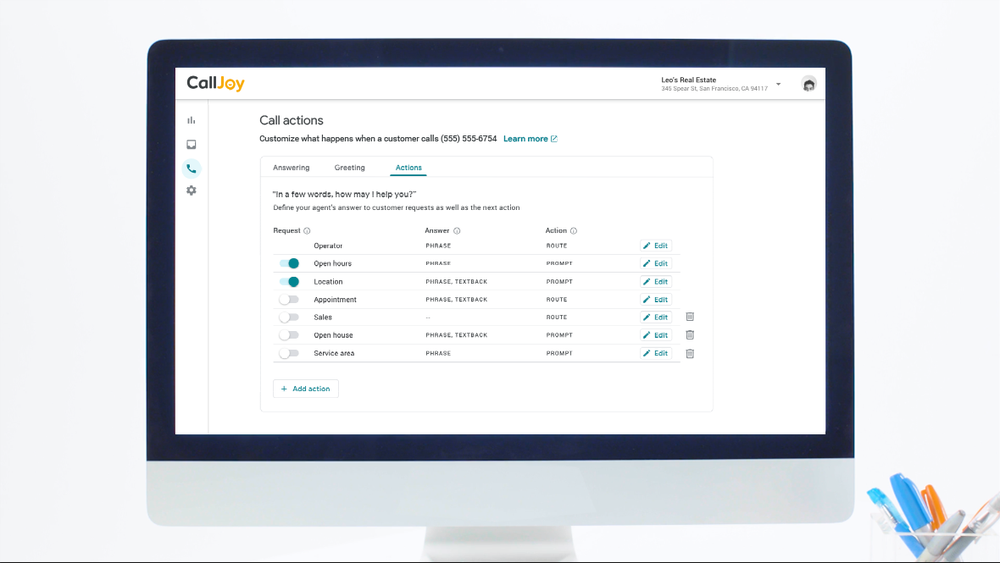 CallJoy enables small business to block spam callers, provide basic business information such as opening hours, serve up analytics and record and create automated transcriptions of each call. With the update, CallJoy becomes much more useful, allowing businesses to program the agent to deal with some of the most common queries it receives. For example, a company that often gets asked if pets are allowed on its premises can program the agent to respond to such queries.

The announcements come as Google prepares for a major conference, Google Cloud Next UK, which kicks off in London next week.