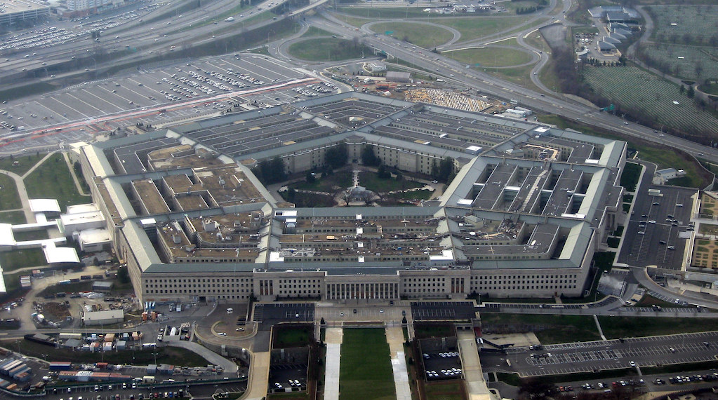 Amazon.com Inc. late Friday filed a protest of the Pentagon’s award of a $10 billion cloud computing contract to Microsoft Corp., citing evidence in videos that showed the process was improperly influenced by opposition from President Donald Trump.

Amazon Web Services Inc. was the odds-on favorite to win the lucrative Joint Enterprise Defense Infrastructure or JEDI contract thanks to its technical acumen in cloud technologies and sheer scale as the No. 1 provider of cloud infrastructure services. But in a big surprise, Microsoft nabbed the contract last month, immediately changing the landscape of the fast-growing market for cloud computing services that are rapidly replacing private data centers.

The protest was filed under seal in the U.S. Court of Federal Claims. Details may not be released for weeks, and then only with redactions to protect trade secrets.

But one exhibit, according to the Washington Post, cites four videos, including one of Trump at a campaign rally in 2016, while another quoted him saying he was “getting tremendous complaints about the contract with the Pentagon and with Amazon.… They’re saying it wasn’t competitively bid.”

Trump has shown anger at Amazon Chief Executive Officer Jeff Bezos, apparently because he personally owns the Washington Post, which has run many hard-hitting articles on Trump and his administration. Meanwhile, a recently released book written by a former aide to Defense Secretary James Mattis alleges that Trump called Mattis in summer 2018 and told him to “screw Amazon.”

AWS said in a statement that it’s “uniquely experienced and qualified to provide the critical technology the U.S. military needs, and remains committed to supporting the DoD’s modernization efforts. We believe it’s critical for our country that the government and its elected leaders administer procurements objectively and in a manner that is free from political influence. Numerous aspects of the JEDI evaluation process contained clear deficiencies, errors, and unmistakable bias – and it’s important that these matters be examined and rectified.”

JEDI is considered a plum contract not only because of the potential $10 billion value over 10 years but because it might influence much more government spending on cloud services. Originally IBM Corp. and Oracle Corp. were competing, but the field was narrowed down in April to just AWS and Microsoft. The services will help the DOD analyze and process swaths of classified and sensitive military data.

Another video Amazon cited reportedly is of a Fox News host urging Trump not to let the Department of Defense award the contract to Amazon. “Now, some are trying to position this as political interference,” host Steve Hilton said. “The New York Times dredged up a former federal procurement official who said it would be improper for any president to influence the contracting process. Yeah, right, we should leave it to the bureaucrats who are constantly corrupted by lucrative job offers and other bribes from big businesses. It’s not just appropriate but vital that the president kills this contract.”

It’s not yet clear whether Amazon’s protest will change the outcome, since such appeals are rarely successful. And Microsoft apparently met the technical requirements or it likely wouldn’t have been awarded the contract. Not every observer considered Trump’s opposition the key factor.

“I had fully expected AWS to win JEDI given its scale and capabilities, but I think history with the military, alignment with Oracle and SAP, and client computing capabilities got it the win,” Patrick Moorhead, president and principal analyst at Moor Insights & Strategy, told SiliconANGLE last month.