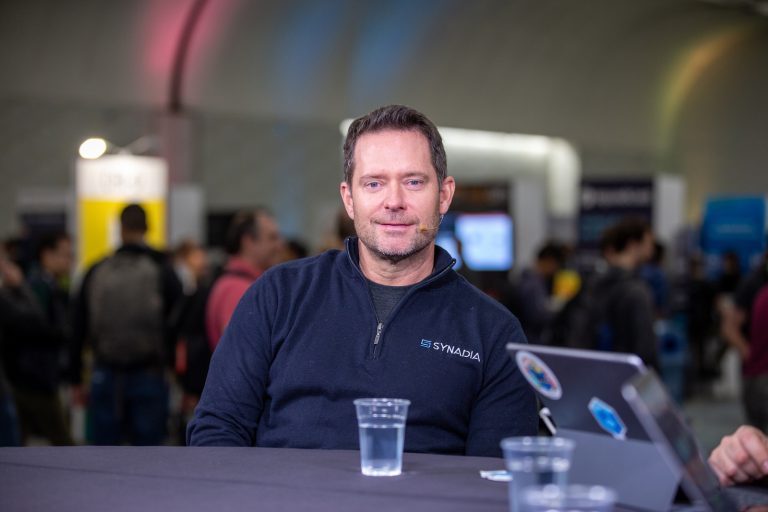 Traditionally, in order to keep clients at the edge of network simple and easy to manage, all computational resources were usually allocated to a central computer. Big servers and infrastructure in the data center were the norm. But now the industry is shifting from centralized to decentralized systems. All the power of the old core network is being disintegrated into smaller mini data centers, all scattered around.

Now, we also have intelligent devices that fit in the palms of our hands that are probably 10x more powerful than an entire data center 20 years ago. In today’s version of the client/server model, the server does not necessarily hold the power; instead, shared resources between internet of things or edge devices make up a globally distributed edge computing.

These distributed systems are forming a connective economy. Take the example of the content delivery networks, which are bringing the web closer to end-users. But lighting up this edge computing field is not exactly about building smarter and lighter mini computers — it is about pushing data and computing power to the edge in a secured fashion, according to Derek Collison (pictured), founder and chief executive officer of Synadia Communications Inc.

“For a long time, we were swept up in the ‘cloud economy,’ which was how you move from CapEx into OpEx … and then, of course, it was all about the data,” according to Derek Collison (pictured), founder and chief executive officer of Synadia Communications Inc. “And it still is about data, but if you notice, it’s not the data moving to where you’re trying to process things — now it’s all of a sudden being distributed. I see the value driving out of these systems now, as in how are they connected; how are you observing them; how are you securing them and trusting them?”

Miniman: How does NATS and messaging play into helping solve the communication issue?

Collison: NATS was built to power Cloud Foundry … and NATS, just like a lot of the other technologies, was built for an itch that needed to scratch. So about two years ago, we had the opportunity to actually think about if we wanted to make a business out of NATS. The answer we came up with internally as a team was [that] we needed to build something that its value was greater than the sum of its parts. So we took NATS, which was a very mature technology, made it multi-tinted, made very forward-looking, secure, and made it run in any cloud, edge, IoT, with the hope that we could encourage people to connect everything.

Miniman: Explain [your] business model, what you’re doing, and how that actually goes together?

Collison: So, when we started out, what we didn’t want to do is ignore the old models. I don’t think a long-term business model is the old models, meaning recurring support, consulting, NRE work type of stuff. And we [also] believed that the SaaS model, that utility model where, again, its value is greater than the sum of its parts allows us to keep everything open source. But there’s a value in being connected to this network — multicloud, cloud to edge, all that kind of stuff. And what we want is customers to slowly transition to that.

And then the last piece of that pie is, there may be people who are running against the global utility, running their own servers, and they go, “That service right there inside of that system, we love it. We want it on-premise. Can we actually license it from you?” So it’s a combination of software and service, license revenue, and recurring support.

Miniman: So, are you enabling partners to deliver those services, or is that Synadia does that themselves? Where do those premium services come from?

Collison: So, we’re going to seed the market. But we want it to be an open marketplace, and what we will provide is things like billing and things like that. So we’ve designed it such that we don’t have to be the only operators. Matter of fact, if we’re successful, we’re the smallest operator going forward. But, the system is always interconnected, right?

Miniman: There’s all this hype around multicloud, but there’s a lot of challenges. My definition that I’ve been saying for a while is for multiCloud to be real, the value that I get out of it has to be greater than the sum of its parts. Where do we need to go as an industry, as a whole, to reach that value statement that we talk about?

Collison: Where an organization has a legitimate use [of a cloud] is to say, “We really need best of breed in AI” or “best of breed in big data,” and they want to run an app in Azure and an app in Google, and that’s kind of the most realistic situation I’ve seen. So I still see a lot of pricing pressure, posturing around multicloud, just as a negotiation tactic. Where I see it being real is, this class of apps, we want to run it in this cloud provider to access these services that are differentiating.

Troyer: Any advice to application architects and technologists who are choosing technologies here? I mean, here at this conference, Kubernetes is kind of a common assumption for a lot of what people are doing. But there’s a lot of other parts that plug into it … everything from messaging, to security, to networking, to storage. What are your thoughts on what are the right ways to do this so you actually succeed?

Collison: It goes between choice and simplicity. So if you look in even the PaaS wars versus IaaS versus all that stuff, PaaS was a swing towards simplicity: “Get stuff done.” And then there was, “Oh, I can get stuff done, but I don’t have enough choice.” So we saw this swing back. And I think Kubernetes hit at the absolute perfect time to take advantage of, “Hey, we need choice at these base layers, right?” And the way Kubernetes was architected was to give you that full choice. So if a startup’s coming along and saying, “OK, given the fact that the pendulum’s over here,” knowing it’s going to be swinging back — and at least in my opinion, we’re swinging back for simplicity — concentrate on how do you simplify what people are struggling with today.

Miniman: An area that you’re spending some time talking about at the keynote was edge computing. And, absolutely, we need simplicity for that to be able to come there. What are you seeing in the edge space?

Collison: I see a lot of people wanting to drag what they think works in cloud out to the edge. Kubernetes works here; we’re going to drag it out here. We’re just going to slim it up a little bit and package it. I don’t know if that’s the right answer. What I think we need to think about is how do we get data and compute … securely in a trusted fashion out to the edge, however that works.

In the keynote, I talked a little bit about our excitement around WebAssembly. But where we get excited about it is, we give you a drop-dead easy system and say, “I want to digitally sign that Web Assembly for use in this certain situation at the edge.”

I think you’re going to see more common denominators around WebAssembly, secure and signed web assemblies, than on how we actually deploy them. So you’re going to see lighter weight things — not to say that Kubernetes might not have relevance out there, but I don’t think it’s needed to get to where we want. We need that trust factor, ubiquitous communications to really kind of light that field up.

Watch the complete video interview below, and be sure to check out more of SiliconANGLE’s and theCUBE’s coverage of the KubeCon + CloudNativeCon event. (* Disclosure: Cloud Native Computing Foundation sponsored this segment of theCUBE. Neither CNCF nor other sponsors have editorial control over content on theCUBE or SiliconANGLE.)