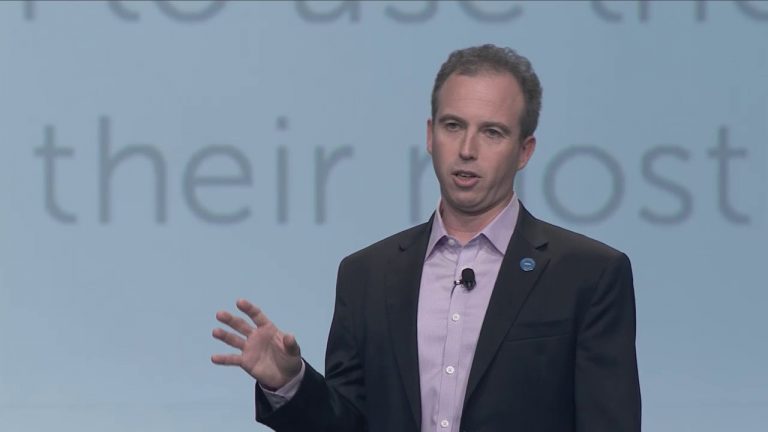 The identity management firm reported a loss of seven cents per share, beating consensus estimates of a 12-cent loss. Revenues rose 45% from the same quarter a year ago to $153 million, well ahead of the $144 million analyst consensus and Okta’s own forecasts.

Remaining performance obligations, which is the aggregate of deferred revenue and backlog, rose 52%, to $517 million, indicating strong customer demand. Okta guided revenue expectations for the fourth quarter to between $155 million and $156 million, a 35% growth rate over last year and about 2% better than consensus. It also expects its per-share loss to narrow to less than five cents, or about two cents better than estimates.

In addition, the company marked a milestone in the quarter by reaching a total subscription revenue backlog of more than $1 billion. It turned cash flow positive as well, paving the way to profitability in the near future. Gross margins were 77%.

“What’s served us well is predictability and transparency,” Frederic Kerrest (pictured), Okta’s co-founder and chief operating officer, said in an interview with SiliconANGLE. “We try to be mature, responsible adults.”

Despite the strong results, investors knocked the stock back more than 2.5% in early after-hours trading. The company’s stock has been a favorite of speculators almost since Okta took the risky step of going ahead with an initial public offering in the spring of 2017 amid a turbulent IPO market. The stock rose nearly sixfold during its first two years but dropped back late this summer on a weaker third-quarter forecast that Okta easily beat.

There seems to be little that threatens Okta’s pole position as the leader in the market for software that federates access management across a vast network of software-as-a-service applications. Although identity-based access controls have been around for decades behind corporate firewalls, those on-premises systems haven’t been able to keep up with the growth of SaaS, which Gartner Inc. expects to be an $85 billion market this year.

Kerrest said Okta is addressing “multiple $10 billion-plus markets” as it broadens its focus into the security market, spurred in part by the 2018 acquisition of ScaleFT Inc. Meanwhile, legacy identity management providers such as CA Technologies Inc., Oracle Corp. and Microsoft Corp. are de-emphasizing their identity management products “because they realize like everyone else that cloud is the way to do identity management going forward,” said Chief Executive Todd McKinnon.

Okta also expects to benefit from the wave of new privacy regulations being implemented or considered at the state level, Kerrest said. Regulations such as the California Consumer Privacy Act, which takes effect on Jan. 1, “will be adopted by other states and the feds will follow at some point,” Kerrest said. Identity management software enable cloud providers to “provide protections to their customers while remaining compliant.”

Kerrest said the company is keen to grow interest in “zero-trust security” technology, which assumes that no user inside or outside the corporate network should be trusted. ScaleFT’s zero-trust platform integrates well with Okta’s core products, McKinnon said. “Everyone wants to move to a zero-trust security model; to do that you have to have identity at the core of that so you know who users are,” he said.

One of the biggest inhibitors of the company’s growth has been difficulty finding people in the red-hot San Francisco talent market. The company grew its headcount 40% in the first half and accelerated recruitment in the third quarter, Kerrest said. Okta employed more than 1,500 people as of its most recent SEC filing.

Perhaps as a result, Okta hasn’t been as acquisitive as might have been expected in light of the $300 million in debt equity it raised in early 2018 and the $1 billion convertible note it closed in September. The company has made one acquisition in the past 12 months, picking up workflow automation firm Azuqua Inc. early this year.

“We’re finding the right technologies and bringing them into the company but we are fundamentally a build-from-within culture,” Kerrest said.