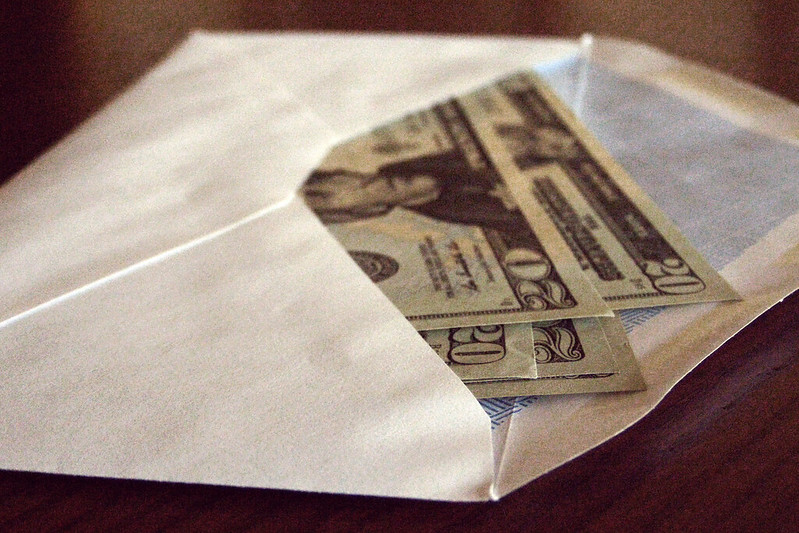 A Facebook Inc. contractor has been fired for taking thousands of dollars in bribes from a shady marketing firm that had already been banned from the platform, according to a BuzzFeed report Tuesday.

It was discovered that the employee, based in a Facebook office located in Austin, Texas, had taken $5,000 in bribes to reinstate banned ads from the marketing company, Ads Inc. The company is no longer in business.

Ads Inc. had already been banned from Facebook after running a scam that involved luring people in by posting untrue claims about certain celebrities. They’d then be taken to a website which was running a “Free Trial” scam. In short, such scams offer a free trial when in fact there will be a charge. In that case, the person would unknowingly be charged monthly.

“This behavior is absolutely prohibited under our policies and the individual is no longer working with Facebook,” Facebook said in a statement to media. “We’re continuing to investigate the allegations and will take any further necessary action.”

There might have been more than one Facebook employee taking bribes from Ads Inc., according to BuzzFeed, which was contacted by an unnamed source familiar with the matter. That person said, “To be honest there were a few people that would flip ads back on,” adding that if the ads didn’t run for at least two days, the “mole” wouldn’t be paid.

That same person said someone might be offered a $5,000 flat or rate or be put on a $3,000 monthly retainer. He said if anyone noticed, they could just “play dumb” and call it an accident. The unnamed person said the accounts were spending millions of dollars and so needed this kind of help.

According to Senator Mark Warner, who was also interviewed, one problem is the platforms can’t be held accountable for such fraud because of Section 230 of the Communications Decency Act. The act protects platforms against liability in these cases. Warner told BuzzFeed that “behavioral advertising markets are rife with fraud, not just in the form of clickfraud but, exploiting the scale of large platforms, in scams and criminal schemes that directly exploit American consumers.”