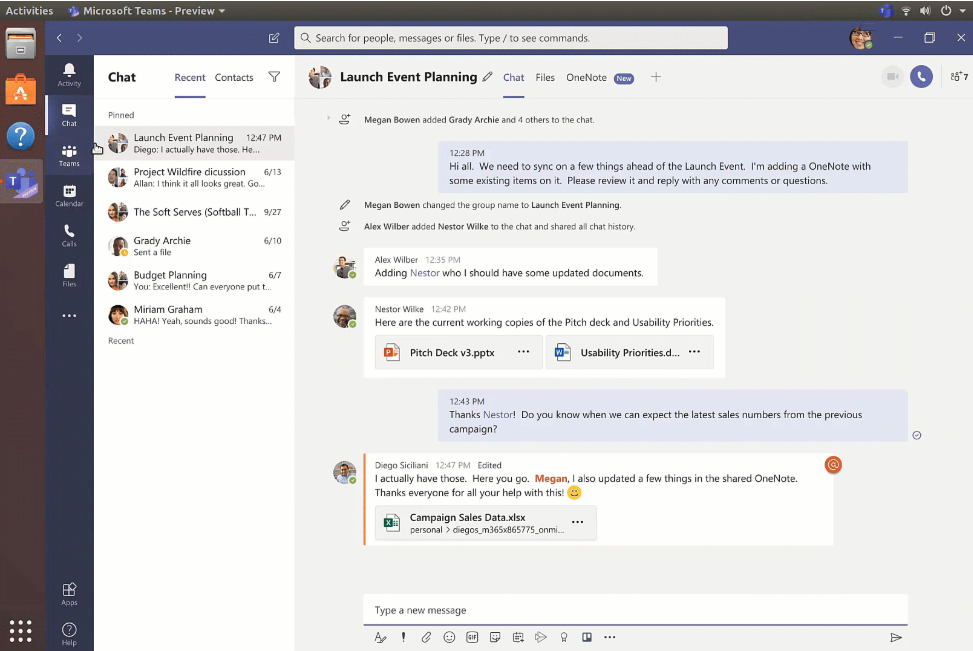 Microsoft Teams has gone where no Microsoft Office app has gone before: Linux.

The new Microsoft Teams for Linux has been released in public preview, bringing collaboration to the open-source community at work and in education institutions. The app supports all of Teams’ core capabilities, including chat, video meetings, calling and collaboration on Office 365 documents and business processes.

“Most of our customers have devices running on a variety of different platforms such as Windows 10, Linux and others, Microsoft Product Marketing Manager Marissa Salazar wrote in a blog post. “We are committed to supporting mixed environments across our cloud and productivity offerings and with this announcement, we are pleased to extend the Teams experience to Linux users.”

As a public preview, the first release may see some features not being available or working correctly. But Microsoft is encouraging the Linux community to download and install Microsoft Teams of Linux for their Linux distribution and submit feedback so future releases can be improved upon.

The release of Microsoft Teams for Linux may also be a stepping-stone for the company to bring other software to Linux. As ZDNet noted, Microsoft has hinted that OneDrive storage may be coming to Linux as well, depending on customer demand. The whole Office365 suite is a longer-term possibility presuming that the demand exists, and the release of Microsoft Teams on Linux may prove to be a decent test case for the company.

Slack already provides support for Linux, but with Microsoft Teams now available on the operating system, enterprise users using Linux now have a choice of which collaboration service to use.

Though it’s not trading at record lows, Slack’s share price following its initial public offering in June has faced continued headwinds from poor financials and its battle against Microsoft. However, in its latest quarter, Slack showed progress on those fronts, causing its shares to rise a bit.