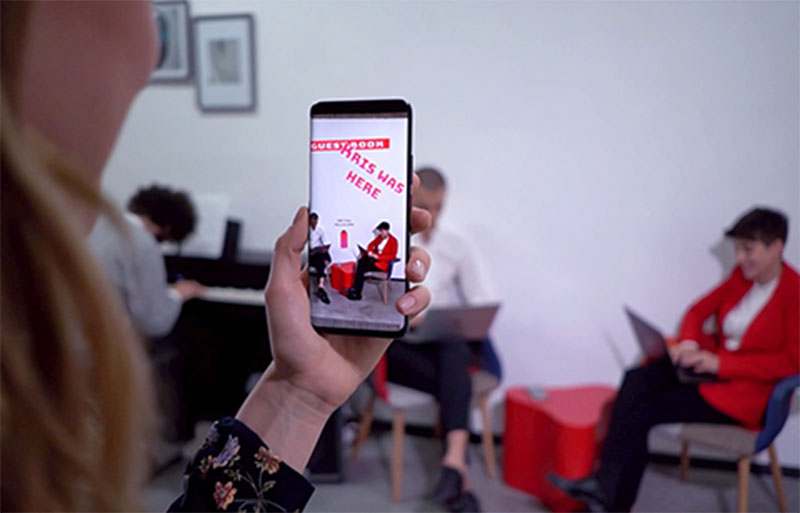 The collaboration between these two companies will be demonstrated using the Vera platform this week at the Consumer Electronics Show in Las Vegas with a role-playing game using 4DPLEX’s “4DX AR” technology.

Using the Vera platform, a theater space or any large area can be scanned and sent to Vera’s AR cloud to create a highly accurate 3D digital twin. This virtual space then becomes available via the cloud and is connected to Vera operated apps and mobile devices.

This allows AR experiences to use highly accurate location information about the space and deploy visual and audio cues with high fidelity.

In the game example, once the space is scanned, mobile apps that enable interaction with the game will be more “aware” of the surroundings than if they only had access to the camera on a smartphone. As a result, objects could be occluded by walls, hidden behind chairs, hug walls or be more aware of where the floor and ceiling are situated.

As a result, AR experiences – which overlay the visual field with 3D virtual objects that appear in relation to real-world objects – will feel more “real” to users.

CJ 4DPLEX is developing 4DX AR to use Vera to create lifelike AR experiences that can include elements of a mobile RPG game that appear directly inserted into the real physical space. As a result, users can enjoy the AR version of the game in the scanned space without lag or interference.

“With Vera, we were able to quickly create an innovative AR experience,” said Jongryul Kim, chief executive of CJ 4DPLEX. “There are endless possibilities to create new consumer experiences, and we look forward to continuing our partnership with Resonai to provide new business models in the field of AR for large retail space owners.”

Resonai believes that Vera’s platform can be used for a large number of different use cases – and not just AR games, such as in the demo. Vera allows AR to be deployed in large spaces and could be well-suited for entertainment and retail spaces such as theaters, shopping malls and theme parks.

“This is only the beginning of the many entertainment and branding possibilities that can be deployed across theatres, malls or retail spaces,” said Emil Alon, chief executive and founder of Resonai.

Using a high-quality map of a physical space to build an AR experience on takes away some of the pain points for software, which must try to “guess” where to place virtual 3D objects using the camera on a mobile device. That allows for more compelling and immersive AR experience in the mapped space and would be useful for brand owners and real estate owners to boost customer interactivity.

Augmented reality is sought after by businesses to provide a better connection to customers because it can be used to provide extra context in an intuitive format. Being able to point a mobile device at a product and have virtual 3D objects, extra information, or contextual symbols/elements appear can communicate more about a product than labels or even a web page appearing on a smartphone.

The partnership between Resonai and CJ 4DPLEX is intended to add to the tools that entertainment and retail space owners can use to create those next-generation experiences.