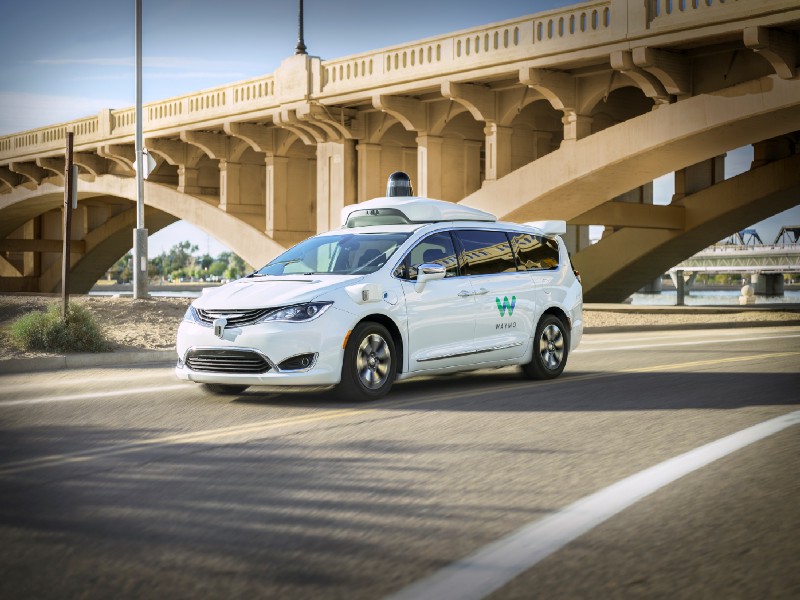 Waymo LLC, the Alphabet Inc. subsidiary developing self-driving taxis and trucks, today revealed that it has raised an additional $750 million in funding to support its efforts.

The financing comes as an extension to the mammoth $2.25 billion round Waymo announced in the beginning of March. That initial tranche came from a group of outside investors and parent Alphabet. This latest cash injection was provided by investment firms T. Rowe Price Associates, Perry Creek Capital and Fidelity Management & Research.

“COVID-19 has underscored how fully self-driving technology can provide safe and hygienic personal mobility and delivery services,” Waymo Chief Executive Officer John Krafcik wrote in a blog post today. “We’re grateful these partners share our mission to make it safe and easy for people and things to get where they’re going.”

The funding will enable the money-losing Waymo to continue pursuing its plans while allowing Alphabet to share the associated costs with other investors. As of February, Waymo is believed to be costing the search giant nearly $1 billion a year. Alphabet is cutting expenses in response to the economic impact of the pandemic, with CEO Sundar Pichai recently telling employees last month that the company is “recalibrating the focus and pace of our investments.”

The cost reduction initiative also includes a recently implemented freeze on some hiring. It’s not clear how, if at all, the move will affect Waymo, which reportedly nearly doubled its headcount from 800 to 1,500 in the past few quarters.

Waymo is pursuing an ambitious roadmap. The Alphabet subsidiary is expanding production at its Detroit self-driving car and truck plant while laying the groundwork for eventual commercialization. It operates an autonomous ride-hailing service in Arizona that has served thousands of customers to date, as well as a budding freight hauling operation.

Waymo’s latest funding could potentially be good news not just for the Alphabet subsidiary but also startup rivals trying to raise capital.  Self-driving truck startup Starsky Robotics Inc. had to shut down in March after failing to secure additional funding and Zoox Inc., another prominent player, is reportedly contemplating a sale. That Waymo has raised $3 billion since March may send a positive signal to venture capitalists weighing the merits of betting on autonomous driving startups in the current economic climate.

Revenue opportunities remain elusive for autonomous driving startups because of the market’s relative immaturity. However, the industry is steadily moving toward commercialization. Luminar Technologies Inc., a venture-backed lidar startup, last week announced a deal with Volvo AB to supply sensors for an automated highway driving system the carmaker plans to introduce in 2022.