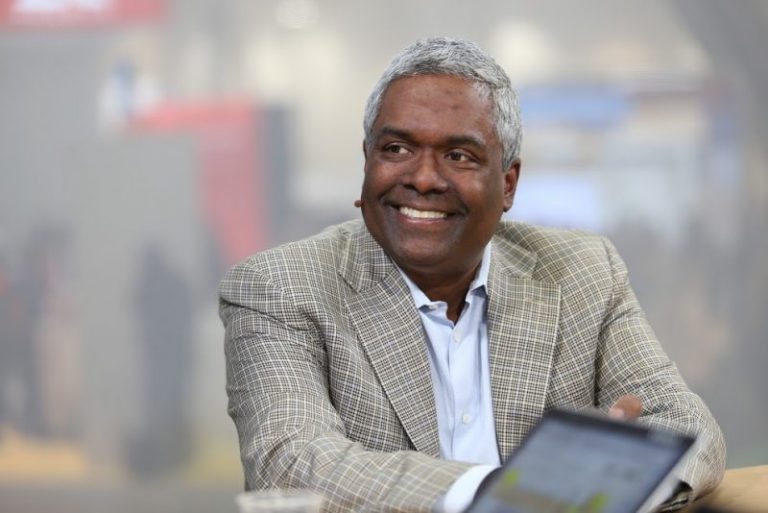 NetApp’s revenue and profit both fell in the quarter ended April 24 from a year ago, but earnings per share beat expectations. Nutanix’s results also beat expectations with revenue that jumped 11%, but it disclosed widened losses.

NetApp is one of the industry’s top suppliers of data center storage gear. It also sells software for managing cloud infrastructure, a business that currently represents a relatively small portion of the company’s revenue but is growing rapidly. Nutanix, in turn, started out providing hyperconverged systems that combine storage with servers and has since also branched out to selling cloud management software much like NetApp. This latter business now accounts for most of Nutanix’s revenue.

The two companies, at two different phases of their respective efforts to build out a cloud software business, have both been affected by the global disruptions bought about by the pandemic, but in different ways.

NetApp, the larger player of the two, saw revenue decline 12% year-over-year, to $1.4 billion in the past quarter. It barely missed the Zacks consensus estimate.

“We saw delays in some large deals, while at the same time some companies accelerated orders to get ahead of shutdowns and others initiated new transactions to address the demands of remote working and digital business,” NetApp Chief Executive George Kurian (pictured) said in the earnings call.

The company’s cloud software business added a needed silver lining to to its financial results. In the quarter ended April 24, it more than doubled its customer count and increased revenues by 113% year-over-year.

The business closed the quarter with a total of $111 million in annual recurring revenue. That’s an impressive gain over 2019, but the results fell short of NetApp’s original target, which was to reach recurring cloud revenues of between $400 million and $600 million by the end of 2021.

In an interview, NetApp Chief Financial Officer Mike Berry told SiliconANGLE that the company is about a year behind on its goal and will provide an update during a September analyst event. Sounding an optimistic note, Berry expressed a hope that the unit will reach the $400 million to $600 million revenue goal in the “in the not too distant future,” adding that “we still feel good about the business.”

Another bright spot of the financial results was NetApp’s earnings per share. The company reported earnings of $1.19 per share versus the Zacks Consensus Estimate of $1.04, handily beating expectations.

Cloud computing is set to become an increasingly important area for the company going forward, particularly as the movement of enterprises workloads off-premises continues to eat into data center hardware demand. Sales of NetApp’s core flash storage business declined by 3% in the quarter, while total product revenue declined from $1 billion to $793 million.

“Those without a cloud have to go hard after multicloud services and that’s not a meaningful market today despite its high growth,” commented Dave Vellante, chief analyst at SiliconANGLE sister market research firm Wikibon. “So we’re left wondering when the small, fast-growing segments will be big enough to offset the declining markets and it seems that is quite some time away.”

Nutanix, like NetApp, has adjusted its strategy to address the shift to the cloud. The company has over recent years expanded its focus from selling hyperconverged infrastructure to providing software that helps companies manage cloud environments and power use cases such as desktop virtualization.

Cloud subscriptions accounted for 84% of the company’s total billings in the quarter ended April 30.

Nutanix reported an adjusted loss of 69 cents per share on $318.3 million in revenue. That revenue figure represents an 11% improvement over last year, while the company’s loss was wider than the year-ago quarter. Even so, Nutanix managed to beat the Zacks consensus estimate on both counts.

“Every 10 years there’s a recession. We have to use this as an opportunity,” Nutanix Chief Executive Dheeraj Pandey told SiliconANGLE. The leadership team, he said, has lately been thinking about “what does it mean to really act as a startup again.”

The steps that Nutanix has to cushion the impact of the pandemic included furloughing 25% of its workforce and launching a financial assistance program to support partners. However, even though the company managed to boost revenue by 11% this past quarter, it has decided to withdraw its guidance for the fiscal year on account of the uncertainty ahead.

“More than 90% of what we do every quarter is new business or new workloads from existing customers,” said Pandey, explaining the rationale behind the decision to withdraw the guidance. “We’re telling investors at least for this quarter, we need a reprieve.”

With reporting from Paul Gillin and Robert Hof