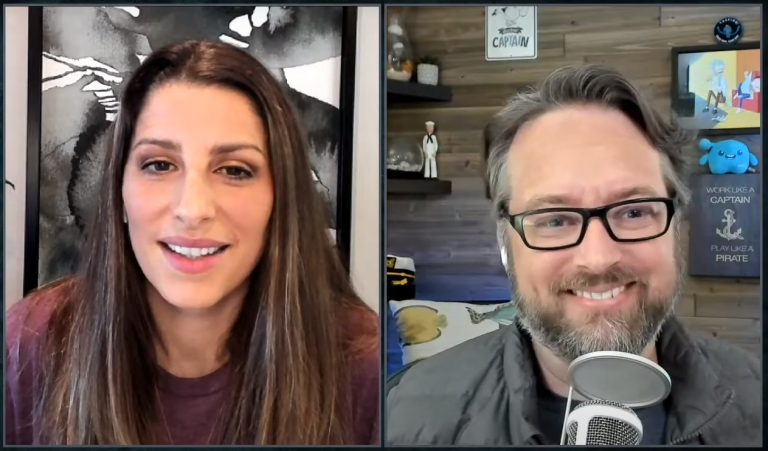 Last month, Docker Inc. made its Compose specification for creating applications from multiple containers available on GitHub. Docker indicated that its plan was to make the specification available as an open standard, and Compose-generated apps can now work on platforms such as Amazon Elastic Container Service and Kubernetes.

Based on the number of Compose files now available on GitHub, the decision to open the spec has worked out well for Docker.

“Compose has already gathered so much interest from the community,” said Bret Fisher (pictured, right), DevOps consultant and Docker Captain at Docker. “We have over 700,000 Compose files on GitHub, so it’s definitely beyond the standard Docker run commands. It’s the next tool that people use to run containers.”

Fisher spoke with John Furrier, host of theCUBE, SiliconANGLE Media’s livestreaming studio, and Jenny Burcio (pictured, left), community, advocacy, and developer relations at Docker Inc., at the start of DockerCon Live. They discussed Docker’s early move to a virtual-only event and response among the developer community to the current health crisis. (* Disclosure below.)

Docker made the decision to move DockerCon to a virtual platform in December, well before the global pandemic forced other previously live events to transition to an online-only format. The decision resulted in a significant jump in participants, from over 4,000 during the 2019 in-person event, to 70,000 people registered this week from around the globe, according to Burcio.

“Even though we wanted to do an in-person event this year, we didn’t want to lose the time when we all come together at DockerCon, the conversations, the content, and learning opportunities,” said Burcio, who noted that this week’s conference agenda included presentations from the National Institutes of Health and an executive tasked with keeping his company running during the pandemic in Italy.

“You can really see how containerization and developers are moving an industry and humanity forward because of what they’re able to build and create with advances in technology,” she said.

This humanitarian aspect has been an outgrowth of response within the developer community to the health pandemic.

“There’s been a lot of talk around the COVID crisis that we’re in, but there’s also a positive upshot to this,” Furrier said. “It’s a Cambrian explosion of developers that are going to be building new apps. Apps aren’t going to just change the world; they’re going to save the world.”