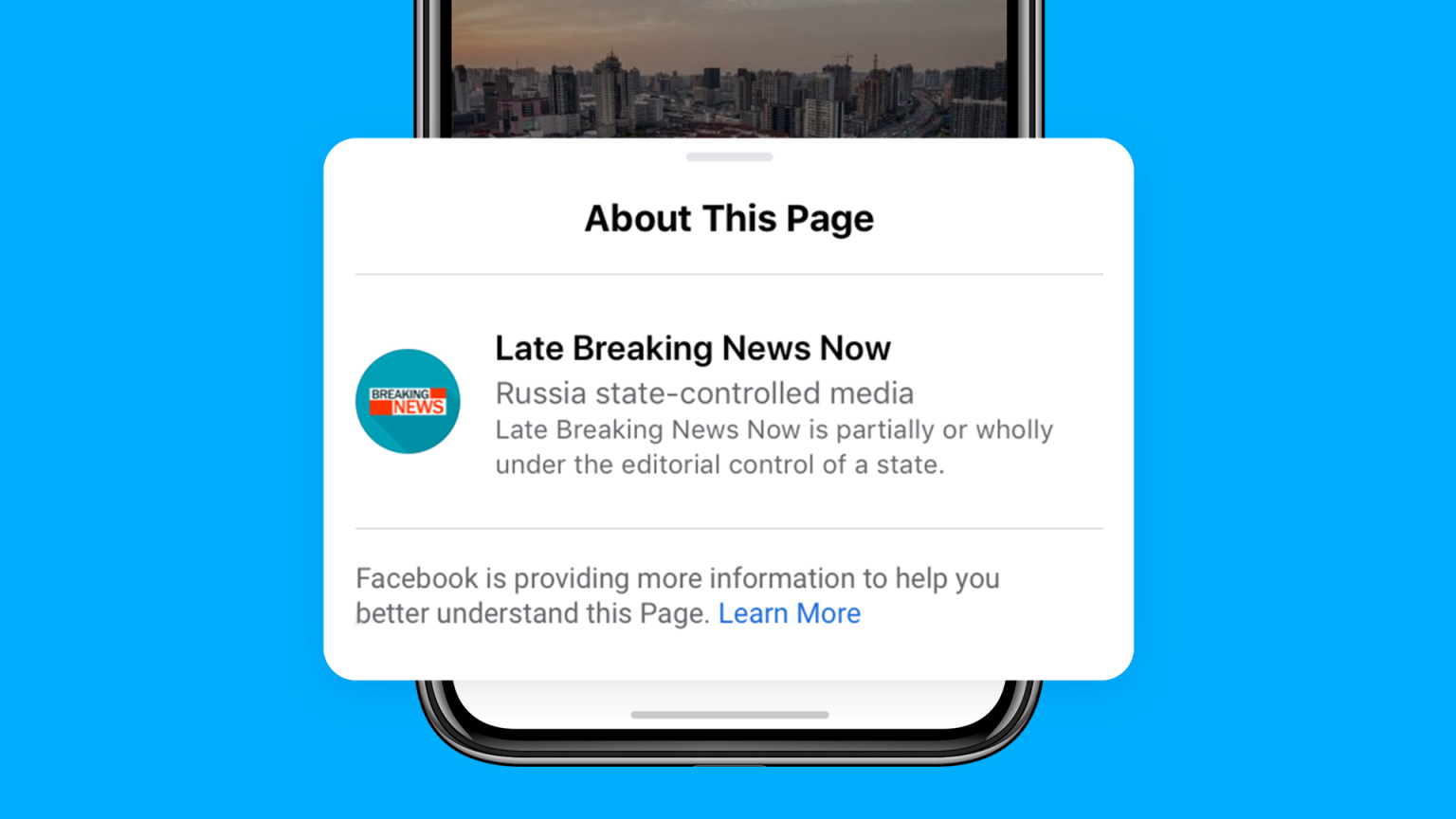 Facebook Inc. said today that posts, pages and ads published by media that’s fully or partially owned by a country’s state will now be labeled.

Moreover, Facebook said that state-owned ads will be banned in the U.S. The reason, said Facebook, is because “they combine the influence of a media organization with the strategic backing of a state, and we believe people should know if the news they read is coming from a publication that may be under the influence of a government.”

The labels will appear on pages belonging to entities such as Russia Today or China Daily. These labels will be based on a number of factors, such as who funds the outlet, who owns the it, who sits on the board and how accountable it is relating to its corrections policy. Outlets will be able to appeal the label if they disagree and argue that they are independent.

“The concern for us is state media combines the agenda setting power of a media entity with the strategic backing of a state,” Nathaniel Gleicher, Facebook’s head of security policy, told CNN. “If you’re reading coverage of a protest, it’s really important you know who is writing that coverage and what motivation they have. The goal of this is to ensure the public will see and understand who is behind it.”

This decision comes after various state-owned media in China and Russia have been reporting on current big issues, such as the coronavirus pandemic, the killing of George Floyd and the unrest that has caused, as well as the protests in Hong Kong.

Gleicher said that Facebook won’t be banning such ads all over the world, only because in some nations there is only state-owned media.