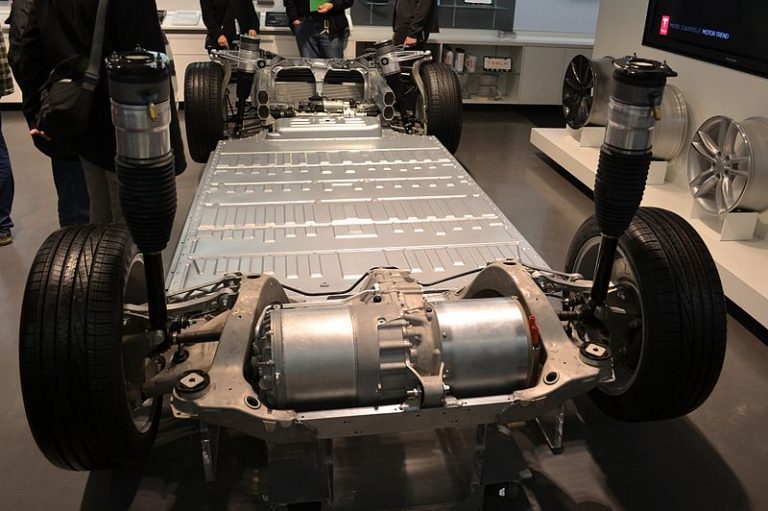 Tesla Inc. is facing a potential federal probe into an alleged design flaw in older Model S vehicles even as the upstart surged past Toyota Motor Co. today to become the world’s most valuable car manufacturer.

The U.S. National Highway Traffic Safety Administration is looking into issues with the cooling mechanism on Tesla Model S vehicles made between 2012 and 2016. The cooling tubes on the vehicle are said to be prone to leaking, a defect that could render the battery pack in the cars useless or even cause fires.

In a statement to the Los Angeles Times, NHTSA said that it was “well aware of the reports regarding this issue and will take action if appropriate based upon the facts and data” and reminded manufacturers that they are required “to notify the agency within five days of when the manufacturer becomes aware of a safety related defect and conduct a recall.” Tesla has not yet done so.

NHTSA is not alone in investigating Tesla issues. The National Transportation Safety Board told the L.A. Times that it’s “in the final stages of completing a Special Investigative Report based upon its investigations of several crashes involving electric vehicles and the resultant battery fires/thermal events.”

A separate report from Business Insider June 25, citing leaked emails from the compan, claimed that Tesla has been aware that the design flaw with the Model S battery could lead to break downs and fires since 2012 but sold the cars anyway.

The news comes on a day that Tesla shares closed up 3.7%, to $1,119.63 per share, giving the company a market capitalization of $207.55 billion, making it the most valuable car manufacturer on the global. Toyota, now pushed into second place, has a market cap of 22.19 trillion yen, or $206.3 billion based on the current exchange rate and Toyota’s share price on the Tokyo Stock Exchange as of press time.

Tesla’s achievement to become the world’s most valuable car manufacturer should have been a day of celebration for the company, but once again there is a push to have founder and Chief Executive Officer Elon Musk dumped from his position.

The new push to oust Musk comes from Pensions & Investment Research Consultants, a London-based shareholder advisory and consulting firm that noted in a report that Musk “presents a serious risk of reputation harm to the company and its shareholders, particularly through the use of his Twitter account.”

The PIRC report specifically mentions Musk describing a British cave diver involved in the rescue of kids stuck in a cave in Thailand as “pedo guy” on Twitter in July 2018, his claim on Twitter that he was taking Tesla private that ended up in a U.S. Securities and Exchange investigation and fine, and his more recent public advocacy against COVID-19 quarantines.

Not stopping there, the report also said that “the board, including CEO Elon Musk, awarded themselves excessive compensation packages over a three-year period that allegedly allowed directors to ‘enrich themselves at the company’s expense.'” The Guardian noted that there is particular disquiet over a bonus deal for Musk that could see him paid a record $55.8 billion.