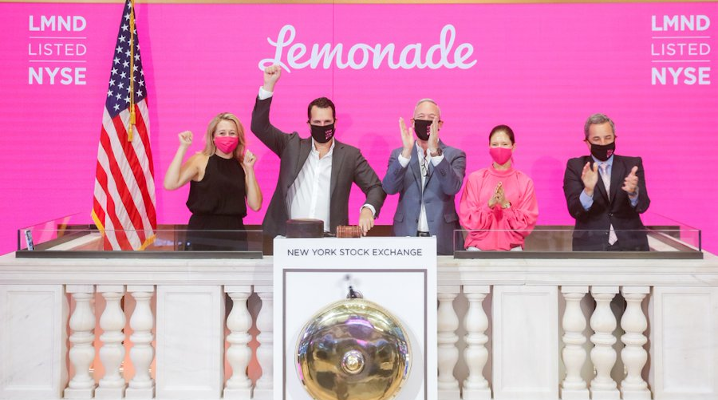 After IPOs, shares of Lemonade more than double and Accolade soars

Shares of Lemonade Inc. and Accolade Inc. spiked today after their initial public offerings, with the former company seeing its market capitalization more than double and the latter rising in excess of 40% at one point.

The successful listings are a positive sign for other tech companies hoping to hit the stock market this year. Moreover, the fact that both Lemonade and Accolade are unprofitable shows investors are still willing to overlook losses for startups with fast revenue growth and a large addressable market.

New York-based Lemonade provides homeowners’ and insurance through a mobile app that uses artificial intelligence to process claims. The company has more than 700,000 subscribers who helped roughly triple its revenue in 2019 on a year-over-year basis, to $67.3 million.

Lemonade raised $319 million in its IPO late Wednesday after selling 11 million shares at $29 apiece, above its $26 to $28 target range. That range was itself an increase over the $23 to $26 target originally set for the IPO. Lemonade’s momentum continued into today, sending the company’s shares skyrocketing more than 139%, to $69.41, on the New York Stock Exchange and bumping its market capitalization above the $3.4 billion mark.

Accolade, the other company that hit the stock market today, provides technology-powered employee benefits services to enterprises. It uses a combination of AI, claims data and human representatives to help client organizations’ employees with tasks such as choosing a healthcare provider.

Accolade raised $220 million at a valuation of $1.2 billion ahead of its debut on the New York Stock Exchange this morning. After the opening bell, its shares jumped more than 40%, to $36.89, before settling to $29.70 at market close. That’s still over 35% above the stock’s opening price.

Accolade’s IPO represents the second multibillion-dollar exit for Chief Executive Rajeev Singh, who has led the company since 2015. Singh previously co-founded Concur, a provider of travel expense management software that was acquired by SAP SE for $8.3 billion in 2014.

The big first-day jumps in Lemonade and Accolade’s shares suggests they could have potentially priced their IPOs higher. By all accounts, though, the their respective $319 million and $220 million IPOs represent a significant funding haul. Plus, the total value of the offerings could still increase: Lemonade’s underwriters have the option to buy another 1.7 million shares, while Accolade’s underwriters can purchase up to 1.5 million.