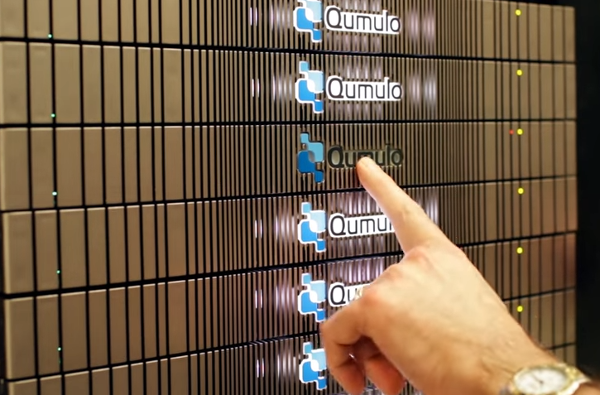 Qumulo Inc., a startup with a data platform that can store billions of files, today joined the unicorn club after announcing it has raised $125 million at a valuation exceeding $1.2 billion.

Seattle-based Qumulo’s namesake file system can store up to billions of records per deployment and provides features for managing that information. It can run both on public clouds such as Amazon Web Services and in on-premises data centers. For enterprises that need an all-in-one solution, Qumulo also sells its own flash storage arrays that come installed with the platform.

One of the main use cases the startup targets is storing so-called research imaging. Images produced by systems such as MRI machines, telescopes and satellites tend to accumulate, particularly in larger projects, which means Qumulo’s ability to store billions of files per environment comes handy.

Performance is another major factor. Researchers often need interactive data viewing features, such as the ability to rotate a simulated object, which means the underlying infrastructure needs to quickly fetch new information to refresh the rendering. According to Qumulo, its platform helps improve performance in such scenarios with storage analytics features that allow users to identify data movement bottlenecks.

Performance and scalability are also important for more mundane workloads, which the startup has been targeting as well. GeekWire reported that the company nearly tripled revenues in the past quarter on a year-over-year basis.

Qumulo will use the capital to accelerate product development, expand in international markets and build out strategic partnerships. The startup’s partner strategy will no doubt include a focus on the major cloud providers on whose platforms it offers its software.

Qumulo’s latest funding round at a $1.2 billion valuation is a sign of the continued strength of the data management ecosystem, particularly those players that are in a position to help enterprises with their shift to the cloud.  Earlier this week, file platform provider Nasuni Corp. announced a $40 million round. The past few months have also seen at least four database makers raise funding.

Players in this market face competition not just from fellow startups  but, sometimes, the cloud operators on whose platforms they provide their solutions. Google LLC, whose cloud is supported by Qumulo, last year acquired data management platform provider Elastifile Ltd. for a reported $200 million.