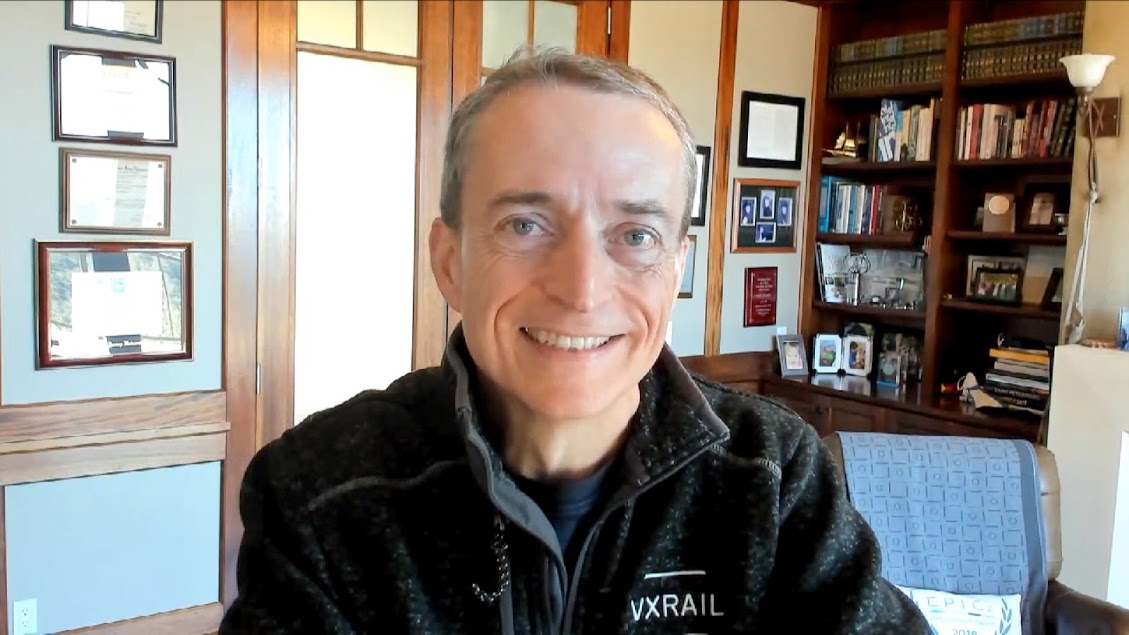 Some of the tech world’s biggest advances often begin with a simple conversation.

In this case, the two people involved were Pat Gelsinger (pictured), chief executive officer of VMware Inc., and Jensen Huang, CEO of Nvidia Corp. Gelsinger was interested in capitalizing on VMware’s work with network interface controllers, hardware that connects computers with computer networks.

“Jensen said: ‘Hey Pat, you’re thinking too small,’” Gelsinger recalled. “’Let’s do the entire artificial intelligence landscape together and let’s make AI an enterprise-class workload from the datacenter to the cloud and to the edge.’”

Huang wanted to have Nvidia’s graphics processing units work like first-class citizens in the vSphere compute virtualization environment, according to Gelsinger. By using the smart NIC as a data processing unit, the entire network could be connected together in a new and profound way.

“Now, its CPU, GPU and DPU, all being managed through the distributed architecture of VMware,” Gelsinger said. “We are rearchitecting the datacenter, the cloud and the edge. This partnership is really a center point of that.”

Gelsinger spoke with John Furrier and Dave Vellante, co-hosts of theCUBE, SiliconANGLE Media’s livestreaming studio, during VMworld. They discussed the significance of VMware’s “smart NIC” release, making security intrinsic within the enterprise, and the company’s vision for a multicloud and hybrid cloud world. (* Disclosure below.)

The outcome of the two executives’ discussion was Project Monterey, announced today during VMworld 2020, as providing a consistent digital foundation for building and managing applications anywhere.

“Monterey is a big deal,” Gelsinger said. “We’ve been leveraging the NIC, essentially virtual NICs, but we never leveraged the resources of the network adaptors themselves. It sits in the right place in the sense that it is the network traffic cop, it is the place to do security acceleration, it is the place that enables IO bandwidth optimization across increasingly rich applications.”

Security acceleration is one of the key outcomes for VMware as a result of its work with smart NICs. After declaring last fall that the security industry had “failed its customers,” Gelsinger has led VMware’s effort to embed protection into infrastructure through the newly released Carbon Black Cloud Workload as a free six-month offering for vSphere users.

“It comes as part of the hypervisor itself,” Gelsinger explained. “This means there’s no attack surface available for the bad guys to pursue. Today is a bad day for cybercriminals; this is what intrinsic security is about.”

Along with Project Monterey and new security solutions, VMware has used the event to highlight its multicloud and hybrid cloud vision. This will require a great degree of flexibility as customers must begin to navigate a 5G-driven world where AI and other key enterprise tools will be pushed to the edge, according to Gelsinger,

“Our hybrid/multicloud strategy is for customers to have cloud flexibility and choice,” Gelsinger said. “We believe everybody will be running a great private cloud, picking a primary public cloud and then a secondary public cloud. Hybrid cloud is then saying which of those infrastructures are identical so that I can run them without modifying any aspect of my infrastructure operations or applications.”

Flexibility means being able to deal with business challenges in uncertain times. VMware chose a theme of “unpredictability” for VMworld 2020 while making it clear that the company continues to build on its significant technology base.

“Our key message is: ‘A digital foundation for an unpredictable world,’ and, man, what an unpredictable world it has been this past year,” Gelsinger said. “These changes, these faster to the future shifts in how we learn, work, educate, care for, worship and live will get more and more sedimented into the new normal, relying more on the digital foundation. We think ultimately that has extremely good upsides for us long term.”

Here’s the complete video interview, part of SiliconANGLE’s and theCUBE’s coverage of VMworld. (* Disclosure: VMware sponsored this segment of theCUBE. Neither VMware nor other sponsors have editorial control over content on theCUBE or SiliconANGLE.)