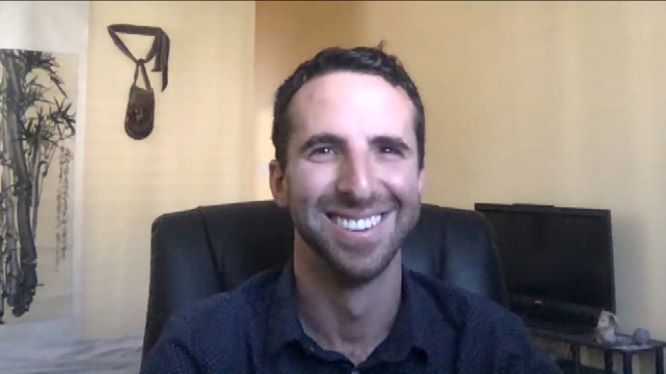 Establishing a culture of data-driven decision-making is often cited as priority for today’s chief data officers and other top executives, but enterprises still need to make significant progress to achieve this.

Two-thirds of C-level executives at least sometimes ignore data and make decisions based on intuition, according to “The Alation State of Data Culture Report,” released by big-data company Alation Inc. and produced by Wakefield Research.

“This [result] is really quite striking when you think about: ‘Why have all this data if more often than not you’re sort of disregarding it to make your final answer?” asked Aaron Kalb (pictured), co-founder and chief data officer of Alation Inc.

The report results from a quantitative research conducted in August among 300 data and analytics leaders at business with 2,500 or more employees in the U.S., U.K., Germany, Denmark, Sweden and Norway.

Alation intends to release this study quarterly from now on to provide an assessment of the evolution of companies in establishing a data culture and generating value from using data, as well as the challenges they face in adopting data-based decisions.

Kalb spoke with Jeff Frick, host of theCUBE, SiliconANGLE Media’s livestreaming studio, for a digital CUBE Conversation. They discussed the results of the new study and the trends that the research suggests for data culture. (* Disclosure below.)

Data quality is the main concern

Data quality is the weakness of data culture, resulting in decision-makers questioning their internal data, according to the report. About 90% of respondents said that C-level executives in their company at least sometimes question the data they use, with more than half (56%) saying it happens frequently or all the time.

“I think it is a question of: ‘Is the data inaccurate? Is it out of date?’ These sort of concerns we hear from customers and prospects,” Kalb pointed out.

Another problem with establishing a data culture is the lack of collaboration between the data analysis team and the business team, which leads to a lack of trust issue.

“There is a question of ‘I don’t know exactly where this data came from or how it was produced. What was the methodology? How was it sourced?’” Kalb said. “And maybe because of that disconnect, there is a lack of trust. So trust really is the ultimate failure to having data culture really take root.”

Executives overestimate the stage of their organizations’ data culture

The report introduces a Data Culture Index, a quantitative assessment of how well an organization is positioned to enable data-driven decision-making. Companies are grouped into three tiers: top (A or B), middle (C), and bottom (D or F), each reflecting about one-third of the sample.

Enterprises are scored based upon the adoption of the three pillars of data culture: 1) the ability to find data (data search and discovery); 2) the ability to properly analyze, interpret and draw conclusions from data (data literacy); and 3) the ability to ensure trustworthiness and accountability of data assets, including compliance with policies and regulations (data governance).

Only 12% of companies score an A on data-culture development, while nearly two-thirds score a C, D or F, according to the study.

Despite these low scores, this is not how most leaders view their companies. There is a gap in how leaders view their organization’s data culture and what the index score shows about their businesses, according to Kalb. A majority of executives, 58%, overestimate the data culture of their enterprises, giving a grade higher than that produced by the study.

“I think that disconnect should give one pause. I think certainly it should make one think: ‘Maybe I shouldn’t look from 10,000 feet, but actually be a little more systematic,’” Kalb said. “I think, though, there’s this quote that you move what you measure [and] just having this hopefully simple, but not simplistic, yardstick to measure data culture and the data culture index should help people be a little bit more realistic in their quantification and track their progress.”

Data is not always used for innovation

Another finding is that many companies are using data in a defensive stance rather than an offensive stance to drive product development and innovation. This use depends on the maturity of the organization’s data culture.

“Among the sort of bottom third [of the index], it has the least well-established data culture by this yardstick, [and] we’ve found that governance and regulatory compliance was the number one application of data,” Kalb explained. “But among the top third of respondents, we actually found the opposite, where things like providing a great customer experience, doing product innovation, those sort of things actually came to the fore and governance fell behind.”

The study also shows that the reporting structure in an organization is a strong predictor of its data culture.

“We found that that top third of organizations on the data culture index … is much more likely to have the chief data executive reporting into the executive board or CEO,” Kalb highlighted. “When the highest-ranking data executive is under the CIO or some other part of the organization, those orgs tend to score far lower on the DCI.”

While the challenges are many, there’s a real opportunity for leaders to make a significant progress in the data culture by changing attitudes and putting data in a much more central role, according to Kalb.

“I think that the transition is to say: ‘Look, data must be protected and taken care of that is step zero. But it’s really just the beginning,’” Kalb pointed out. “Data is this asset that can be used to inform the huge company-level strategic decisions that are made in annual planning at the board level, down to the millions of little decisions every day. And I think once you have that shift, you know the upside is potentially unbounded.”

Watch the complete video interview below, and be sure to check out more of SiliconANGLE’s and theCUBE’s coverage. (* Disclosure: This segment was sponsored by Alation Inc. Neither Alation nor other sponsors have editorial control over content on theCUBE or SiliconANGLE.)