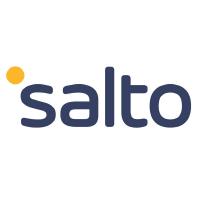 Israeli business application configuration startup Salto today said it has raised $27 million in funding as it announced its formal launch to the public after a year in stealth development.

The company was founded in 2019 by veteran Israeli entrepreneurs Rami Tamir, Benny Schnaider and Gil Hoffe, who among them founded Pentacom (acquired by Cisco Systems Inc.), Qumranet (acquired by Red Hat Inc.) and Ravello Systems Inc. (acquired by Oracle Corp.). Salto started in an attempt to change the way companies configure and manage their business applications.

The concept behind Salto is to use DevOps concepts and methodologies to transform manual, ad-hoc and error-prone workflows into streamlined and automated processes. Pitching “company as a code” as an analogy, Salto seeks to define company business logic as code that can make fundamental changes in a way business applications are delivered.

“We realized the challenges BizOps teams face are very similar to the problems encountered by software and DevOps engineers on a daily basis,” Chief Executive Tamir said in a statement. “So we adapted software development fundamentals and best practices to the BizOps field. There’s no need to reinvent the wheel; the same techniques used to make high-quality software can also be applied to keeping control over business applications.”

Salto automatically extracts the configuration elements of different business applications such as fields, flows and processes then translates them to a new declarative language called NaCl, for “Not Another Configuration Language” and not coincidentally the chemical formula for salt. Using NaCl with Git, the applications’ configurations can be collaboratively edited and deployed back to the live business apps, or to a staging environment for testing.

“Defining a company’s business logic as code can make a fundamental change in the way business applications are delivered,” Tamir explained. “We like to think about it as ‘company-as-code,’ much in the same way as ‘infrastructure-as-code’ transformed the way we manage data centers.”

The company’s platform is also offered as an open-source version, which the company describes as staying true to the spirit of modern software development. “We envision an open ecosystem that doesn’t lock users into using Salto alone,” Tamir said. “Similar to other open-source software projects, we foresee a thriving community of members adding their own integrations, solutions and reusable code to share with the community.”