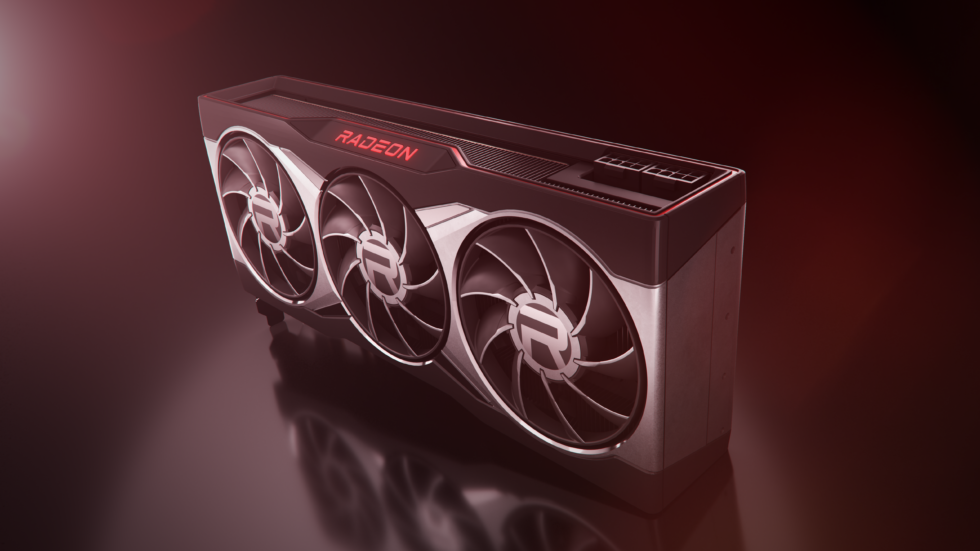 The Radeon RX 6000 series consists of the $579 RX 6800, the $679 RX 6800 XT and the flagship RX 6900 XT, which will retail for $999. AMD says that the RX 6900 XT can provide up to double the performance of its previous-generation graphics cards. The company is also promising as much as 54% more performance per watt, which should translate into more power-efficient desktops.

All three chips have 26.8 million billion transistors based on AMD’s latest RDNA 2 architecture. RDNA2 introduces Infinity Cache, a large pool of onboard memory that the GPU to which it’s attached can use to store data. Infinity Cache is physically closer to the GPU’s so-called compute units than the VRAM memory graphics cards usually rely on for data storage, which means information takes less than time to reach the compute units and is therefore processed faster.

The feature doubles as a power-saving mechanism. VRAM memory tends to be quite energy-intensive and as a result, by reducing how often it needs to be used, Infinity Cache can increase the overall efficiency of the GPU.

Infinity Cache is one of several power-saving enhancements introduced in RDNA 2. AMD has also enhanced the design of its compute units with features that reduce circuits’ electricity consumption when they’re not actively in use and optimize the flow of data to improve hardware efficiency. The end-result, AMD claims, is a 30% improvement in power efficiency per clock cycle per compute unit.

The GPUs will ship with a feature called Smart Access Memory that will provide an additional speed boost for machines which use an AMD motherboard and a chip from its latest Ryzen 5000 central processing unit series. The feature allows the CPU to access the graphics card’s high-speed memory for some tasks to speed up computations.

The Ryzen 5000 CPUs were introduced earlier this month and, similarly to the Radeon RX 6000 line, are based on a new architecture. AMD says the architecture provides an up to 19% increase in the number of instructions, or computations, that are carried out per clock cycle.