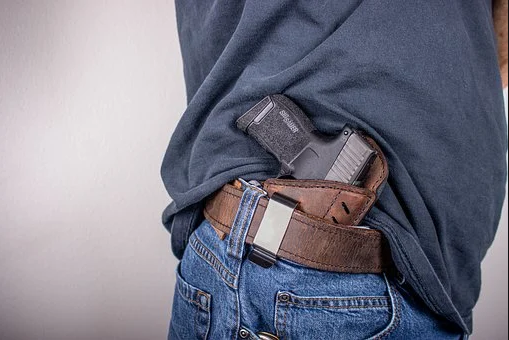 The other people charged, Undersheriff Rick Sung and Captain James Jensen, are said in the indictment to have been the government officials who requested the bribes. A fourth person, insurance broker Harpreet Chadha, also allegedly offered a bribe to obtain a concealed carry permit.

According to the indictment, Moyer promised to donated 200 iPads worth $70,000 to Sung and Jensen in return for four concealed firearms licenses for Apple employees. The “donation” was “scuttled at the eleventh hour,” according to the County of Santa Clara Office of the District Attorney, after a search warrant was executed at the Sheriff’s office seizing all of its concealed carry license records.

The investigation, which started in 2019 before the search warrant was issued Aug. 2, looked into whether the Santa Clara sheriff uses concealed carry permits to help solicit bribes and political donations, according to CNBC. The office covers Cupertino where Apple’s headquarters is located.

Moyer, who has worked at Apple for 15 years and initially started as director of global labor and employment law before rising to head of global security in February 2013, is strongly denying the allegations.

“Tom Moyer is innocent of the charges filed against him,” Moyer’s lawyer Ed Swanson said in a statement. “He did nothing wrong and has acted with the highest integrity throughout his career. We have no doubt he will be acquitted at trial.”

Apple is supporting Moyer, saying that “we expect all of our employees to conduct themselves with integrity. After learning of the allegations, we conducted a thorough internal investigation and found no wrongdoing.”

The defendants in the case, including Moyer, are scheduled to be arraigned Jan. 11.