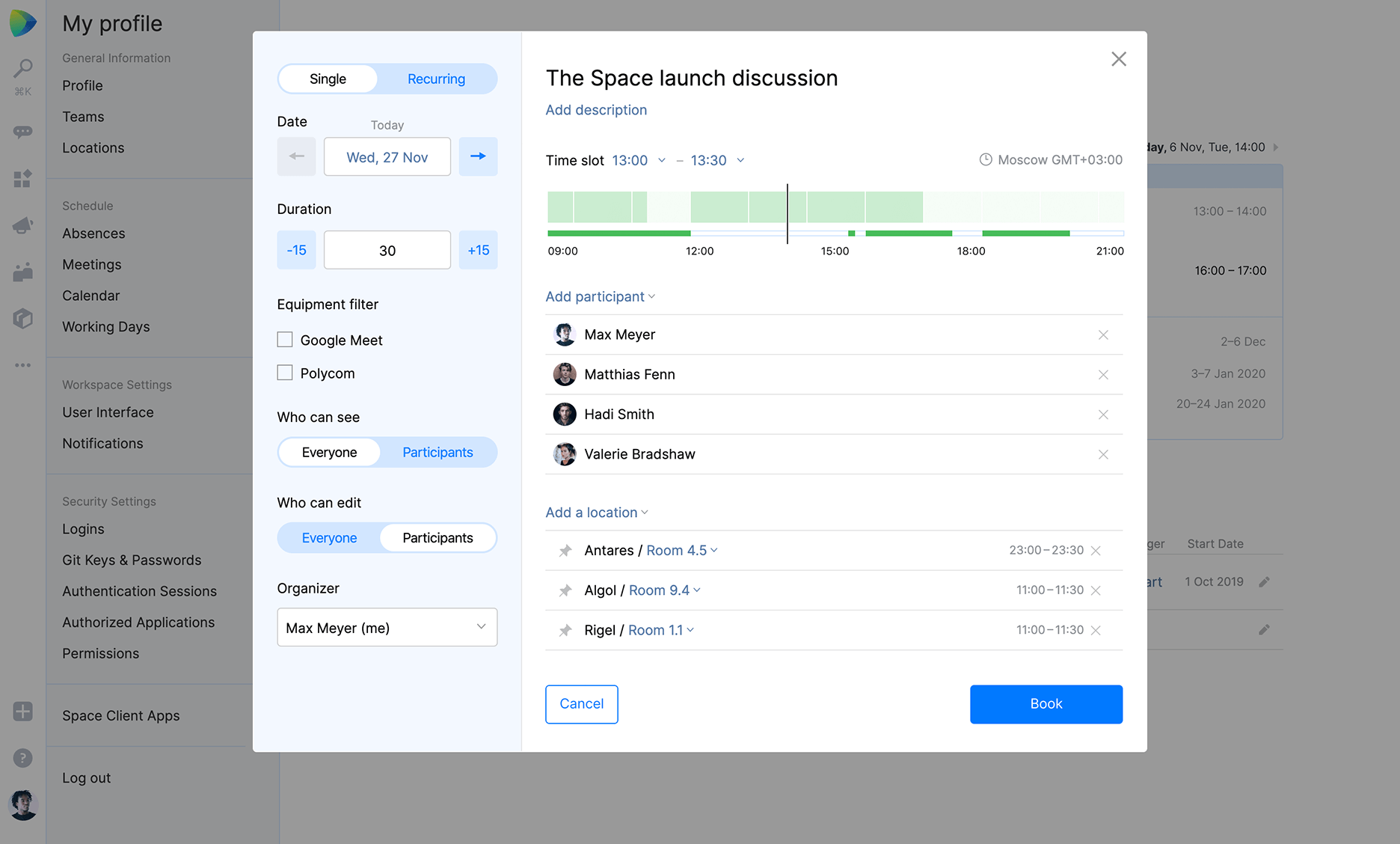 JetBrains launches ‘Space,’ a collaboration platform for developers, designers and others

These creative teams could include developers, marketing, design, human resource, legal teams and others who do any sort of work that requires multimedia and multichannel communication, meeting scheduling and project management.

The objective of Space is to combine all general collaboration tools, such as chats, team and project management, meeting and scheduling, and documents, in one space. As a result, the entire software or creative development cycle is represented in one app and there’s no need to “context switch” (or flip between apps causing people to and lose their place).

“With Space, there is no need to switch tools since everything is in one place, which helps us easily get a good overview of the entire company,” said Andras Kindler, co-founder at Makery, a digital products and services provider. “We use checklists, issues, integrated code reviews, blog posts and more. Space allows us to keep all processes on track.”

In this manner, Space helps create a holistic sense for every person in a team, allowing the app to transform itself to fit the role of the person using it.

“Before Space our developers often felt isolated from the rest of the team and didn’t play a deeper role in projects,” said Anna Vinogradova, chief marketing officer at AmberCore Software Ltd., a company specializing in developing tech products. “We’ve been looking for a tool that would funnel everything into a single pool and make it easy for team members to discuss their tasks with one another instead of sitting isolated in their repository.”

In the future, Space will add features that will allow it to synchronize with Google Calendar and Outlook, as well as integrate with other popular tools.

The app also has an HTTP application programming interface, webhooks, a Space Client software development kit, custom fields and automations. It will soon offer private and marketplace applications soon, along with other public-facing features.

“JetBrains started as a company of developers, but now 40% of our team represent different creative roles: designers, marketing, copywriters, and others,” said JetBrains Chief Executive Maxim Shafirov. “We’ve built Space so we could still work together as one team and we believe other companies will benefit from it as well.”

Space starts with a free tier for companies to try out the software and subscription options starting at $8 per active user per month for wider team collaboration. The platform is available in the cloud and will also have an on-premises version in the near future.