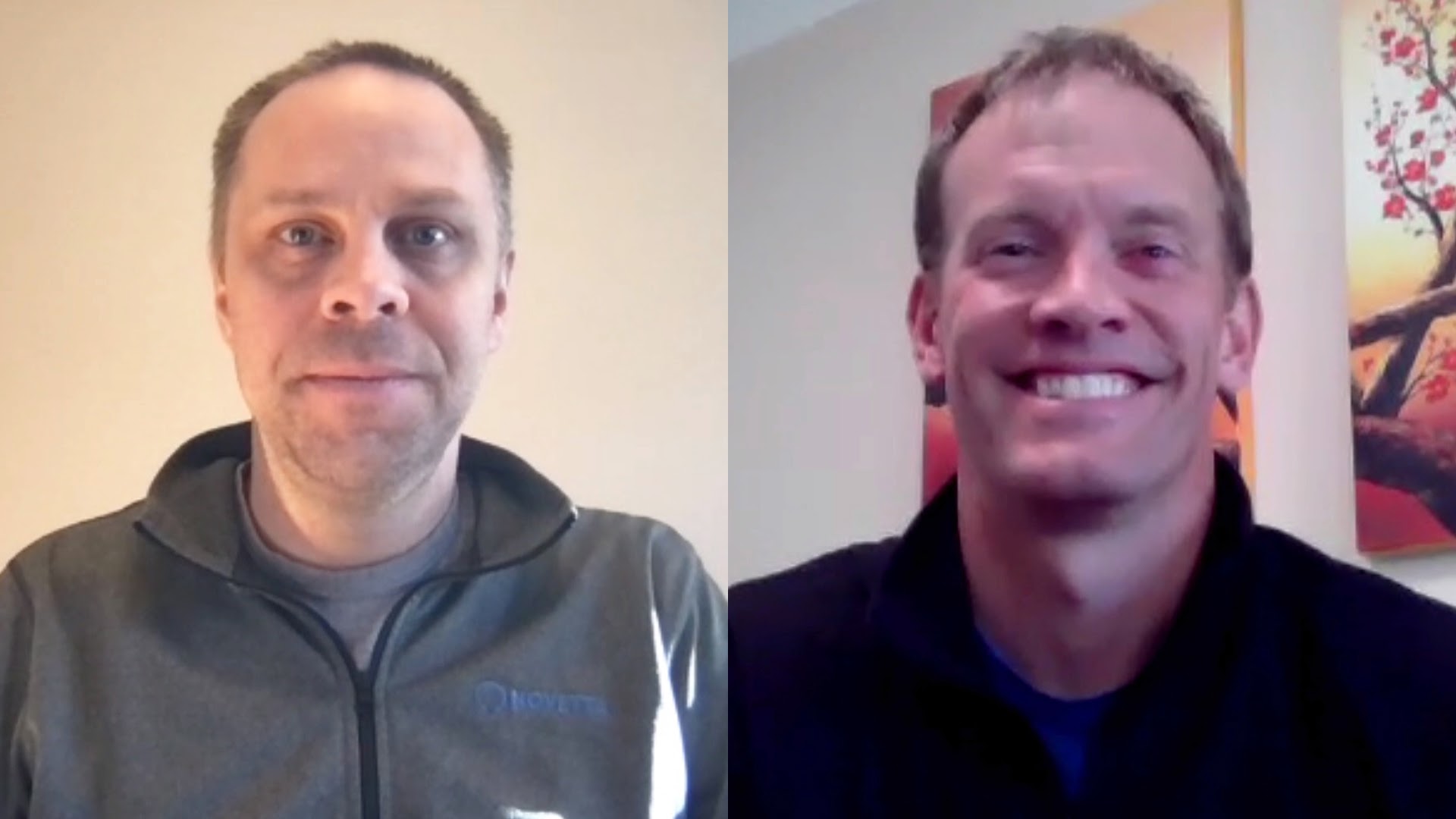 While there is a traditional belief that government processes are slow, laborious and generally behind best commercial practices, this isn’t always true. Several government agencies and organizations have partnered with technology services company Novetta Solutions LLC to advance state-of-the-art technology and data analytics to solve important mission challenges.

“We are very fortunate that [we have] a set of customers that focus [on] innovation … and what we’ve been able to do is to blend agile development, agile acquisition with government requirements process,” said Kevin Heald (pictured, right), vice president of information exploitation at Novetta. “The typical stereotype of government work is it’s this very stove-piped, hardcore acquisition process, so we’ve been fortunate to, instead, try quick-win kind of projects.”

Heald and Steven Adelman (pictured, left), principal computer scientist at Novetta, spoke with Lisa Martin, host of theCUBE, SiliconANGLE Media’s livestreaming studio, during AWS re:Invent. They discussed how Novetta harnesses the power of cutting-edge technologies to help government, how solutions are developed on the cloud and at the edge, and the innovations that customers can achieve with these tools. (* Disclosure below.)

Solving problems in 6 to 12 months in public sector

Novetta’s approach is to partner with government customers to find a difficult challenge and solve it in a period of 6 to 12 months, rather than in a long four- or five-year cycle, according to Heald.

“We partner with the mission partner, show success in six months, show that we can do it with a smaller part of money, and then as we’re able to actually make that happen, it expands into something bigger, broader,” he explained.

Focused primarily on national security solutions for clients like the Department of Defense, the intelligence community and the FBI, Novetta has 1,300 employees and considers itself a data company first. Therefore, its strongest competence is to apply solutions to large data sets — but the bigger the set, the more computation and resources are needed.

“The flexibility from those resources is truly important, which led us very early, especially in the government space and public sector space, to be an early adopter of cloud resources,” Adelman said. “Rather than standing up a 200-node cluster at many millions of dollars, we could spin up AWS resources, process a big data set, and then get the answers the analyst or an operator needed, and then spin down those resources when that kind of compute wasn’t needed.”

In addition to making extensive use of the cloud infrastructure, Novetta is now pushing into the edge computing space to gain access to more data.

“The two biggest revolutions that we’ve seen with regards to using data to inform business processes and missions have been that cloud resource that allows us to do so much with so less and [with] so much more flexibly, and then the idea of cheap compute making it to the edge and the ability to apply sensors to places where it would have been operationally or cost prohibitive to do that,” Adelman stated.

Connecting sensors to a data lake

One of Novetta’s solutions is the PICARD sensor integration platform, used to combine different types of government sensors and create a cohesive data set from which information can be extracted.

PICARD emerged a few years ago from the idea that the Department of Defense and the federal government would see massive demand for sensors in areas such as responsibility, installations and even battlefields, according to Adelman. But that would present some real challenges.

“We have legacy sensors that are 40 years old sitting on installations, old program or logical controllers or facilities control systems that were written in Cobalt in the ’70s and are not even IP-based, most of them,” Adelman explained. “And then, on the other end of the spectrum, you have seven-figure sensors that are throwing out megabits a second of data.”

Novetta’s goal is to break down the barriers between systems and data so that data fuses and it is possible to gain insights into them using artificial intelligence, machine learning, IoT and other technology, according to Heald.

“We want to be able to make those sensors seamless, from a plug-and-play perspective, that I can plug in a new sensor, it’s a standards-based interface that sends that data back, so that we can then take it back to the User Defined Operations Picture and make some decisions based off of that data,” Heald concluded.

Watch the complete video interview below, and be sure to check out more of SiliconANGLE’s and theCUBE’s coverage of AWS re:Invent. (* Disclosure: Novetta Solutions LLC sponsored this segment of theCUBE. Neither Novetta nor other sponsors have editorial control over content on theCUBE or SiliconANGLE.)