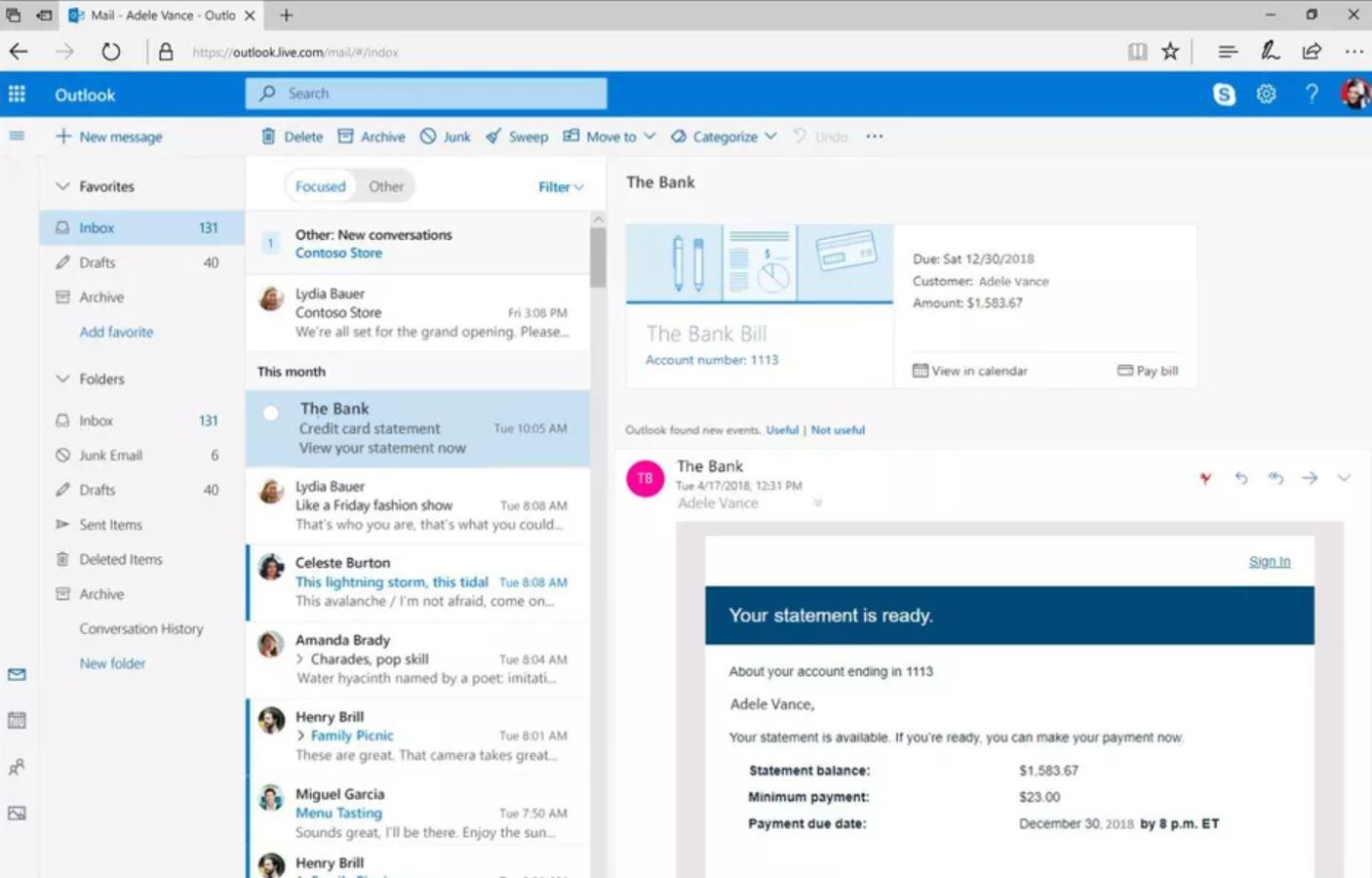 Microsoft is building a universal Outlook app for Windows and Mac

Microsoft Corp. is developing a new Outlook app that will replace the built-in Calendar and Mail apps on Windows 10.

The new app, reportedly codenamed “One Outlook,” is said to be a new version of Microsoft’s email client that’s designed for large-screen experiences. Windows Central, which first leaked the story today, said the universal Outlook Web app is designed to replace the default Calendar and Mail apps in Windows 10 as well as the many different Outlook clients available on different platforms, such as Outlook Web, Outlook (Win32) for Windows and Outlook for Mac.

The idea is to replace all that with a single client built using web technologies, so it can run on any platform. So Outlook will be delivered as a single product that offers the same user experience and codebase regardless of where it’s run. The new app will also be more accessible, free to use by anyone including commercial business users and consumers.

One Outlook, which may well be renamed before its release, is expected to preview at the end of 2021. Once any kinks have been ironed out, Windows Central said, Microsoft wants to replace the Calendar and Mail apps on Windows 10 and the Outlook (Win32) for Windows completely. The company is said to be aiming for 2022, but that might be an ambitious target considering how embedded those apps are in some enterprises.

Once the new One Outlook app does launch, Microsoft will offer integrations between operating systems, such as offline storage, share targets and notifications.

Twitter user @WinObs later posted a leaked version of the new One Outlook web app, but said that it’s only for “brave dogfooders,” which suggests that it’s still very much in the early stage of development.

As for the Calendar and Mail apps, those have reportedly been put into maintenance mode, and will receive one final tweak as part of the Sun Valley update for Windows 10 that’s due to arrive later this year.