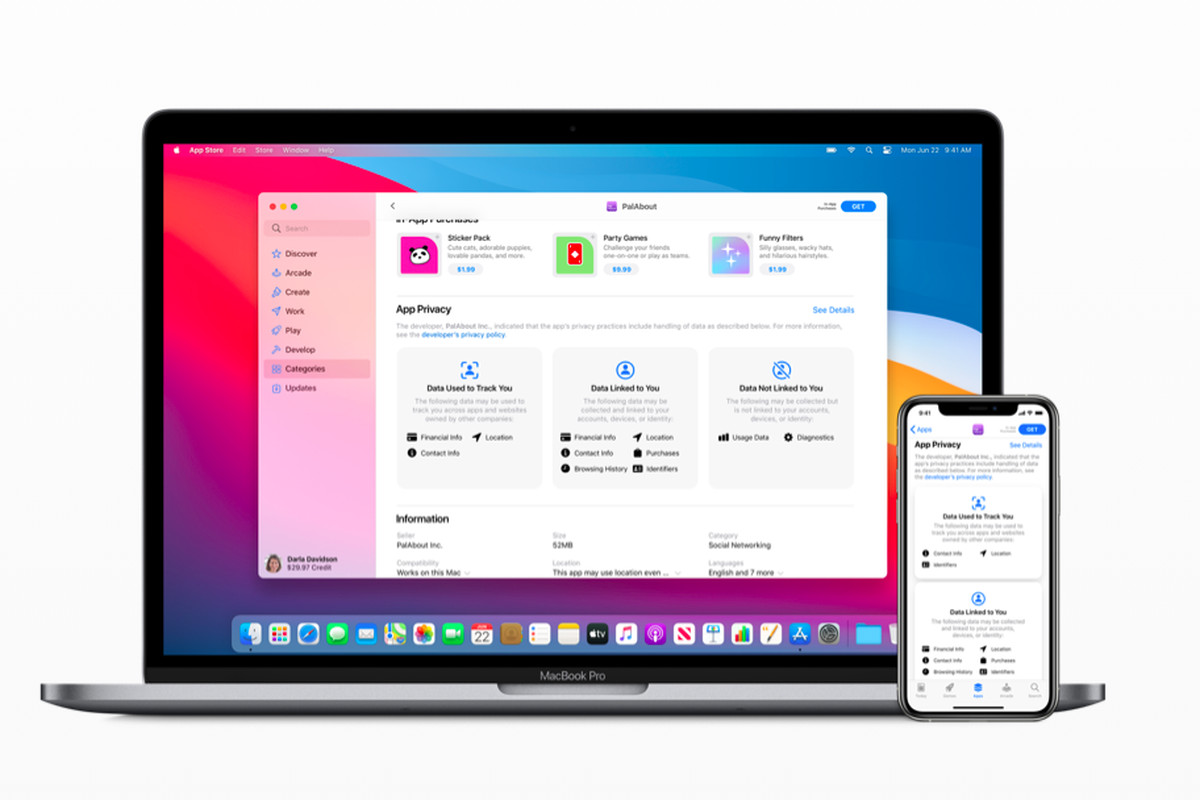 Google LLC hasn’t updated a single iOS application since Dec. 7, despite keeping the Android versions of its apps up to date.

Initially it was believed that Google might be trying to avoid providing Apple Inc. with information on the data it collects from users. But it turns out Google simply has plans to add what Apple calls “privacy nutrition labels” (pictured).

Some background: Apple recently implemented a new policy for its App Store that orders developers to supply those labels for each app that’s updated or submitted to its App Store. The policy went into effect on Dec. 8, and the labels are meant to inform users of the type of data each application collects on them, whether that data is being used to track them and other ways that data might be used.

What was curious is that Google, which is known for pushing out a steady stream of updates to popular apps such as Gmail, YouTube, Google Drive and others, suddenly stopped doing so just before the new policy went into effect. Fast Company, which first noticed the lack of updates, said Google has broken a noticeable pattern of frequent updates in 15 of its most popular apps, all of which received their last update on the same day – Dec. 7.

It was deemed unlikely that Google simply put updates on hold for the Christmas and New Year holidays, because YouTube for Android was updated as recently as Dec. 21, while Gmail for Android received one on Dec. 16.

Apple’s policy allows existing apps to remain in the App Store without displaying the privacy-related information it wants, but apps published or updated since Dec. 8 must provide the privacy nutrition labels or else they’ll be rejected.

Currently, none of Google’s 15 iOS apps checked by Fast Company shows any information under the App Privacy section of their App Store listing. Instead, the listing states “No Details Provided” and adds that “The developer will be required to provide privacy details when they submit their next app update.”

Fast Company speculated Google may be trying to buy time before it discloses exactly how much data its iOS apps collect. But others have dismissed the theory. Homebrew Capital partner Hunter Walk, who previously worked at Google, said in a tweet that the company often puts updates on hold over the Christmas and New Year period.

Google also tends to go into code freeze mid-Dec until first full week of Jan (at least when i was there), but sure, let’s assume it’s all a plot to not conform to Apple’s privacy labels https://t.co/fsPTirnn9j

Indeed, that theory was supported by TechCrunch, which said in a response to Fast Company’s article that many tech firms have a policy of slowing down updates over Christmas so as not to break them when most of their staff are out of the office. It also notes that Google isn’t the only company to avoid updating its apps since Apple’s new policy came into effect. Amazon.com Inc. and Pinterest Inc., for example, have yet to update their apps with the new privacy labels.

In addition, TechCrunch noted that Google has actually pushed updates to a couple of its minor apps, Google Slides and Socratic, though neither of them currently show the privacy data Apple has asked for. For its part, Google told TechCrunch that it does have plans to add privacy labels to all of its apps, and that it should start rolling out some updates either this week or next.