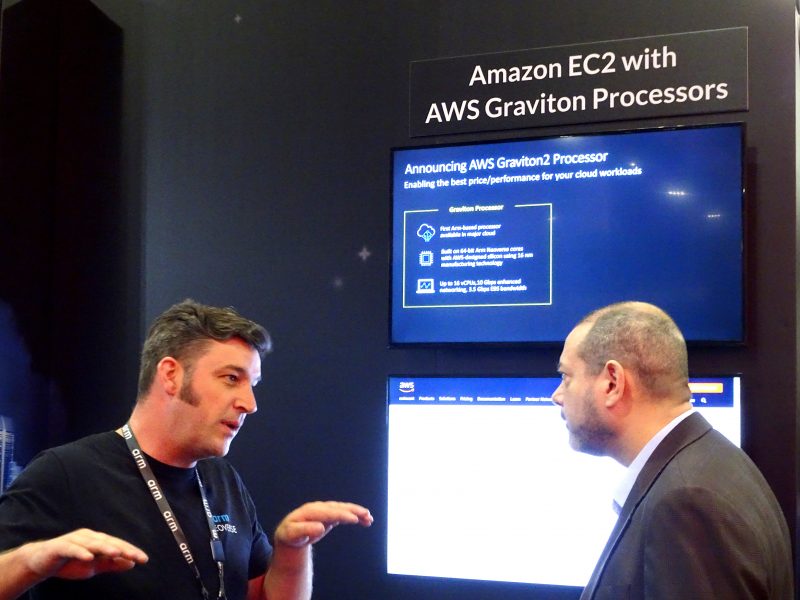 Amazon Web Services Inc. is adding to its family of Graviton-powered EC2 instances that serve as workhorses for high-performance computing demands.

The EC2 X2gd instances join Amazon’s growing family of Graviton instances that run on Arm-based processors. The company debuted the first Graviton-powered EC2 instances in late 2018, and followed those up with a new set featuring the Graviton2 processor in 2019, which became generally available last year.

Its current lineup includes the general purpose M6g and M6gd instances, the compute-optimized C6g, C6gn and C6gd family, memory-optimized R6g and R6gd and the burstable T4g instances. Each of the Graviton processors is based on a single instruction, multiple data or SIMD architecture that makes them more efficient and cost-effective workhorse processors for workloads such as application servers, gaming servers, high-performance computing, video encoding and ad servers.

“On the compute side, the X2gd instances provide the same amount of CPU power as the other Graviton2-powered instances (M6g, C6g, R6g, and T4g),” Barr noted. “Each vCPU is an entire physical core, which speeds compute-heavy EDA and financial service workloads, and also encourages denser packing of containers onto an instance of a particular size.”

Barr said the X2gd instances are available in a choice of eight sizes, and also in bare-metal form: 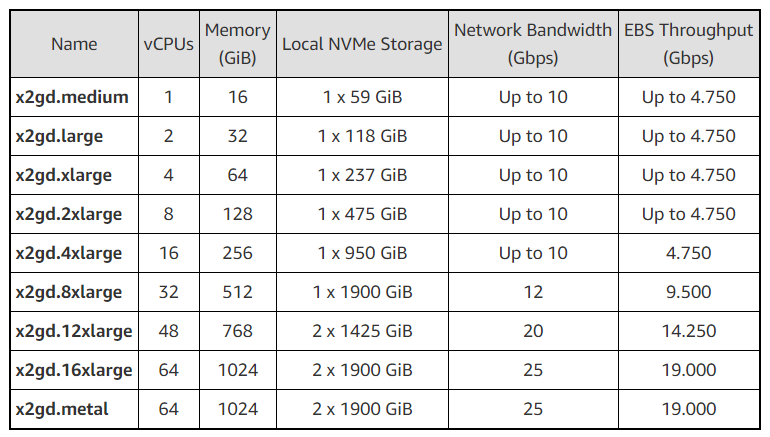 The new family of instances is built on the AWS Nitro System virtualization infrastructure.

Amazon said the X2gd instances are available now in the US East (N. Virginia), US East (Ohio), US West (Oregon), and Europe (Ireland) Regions, with more regions to come in the future.