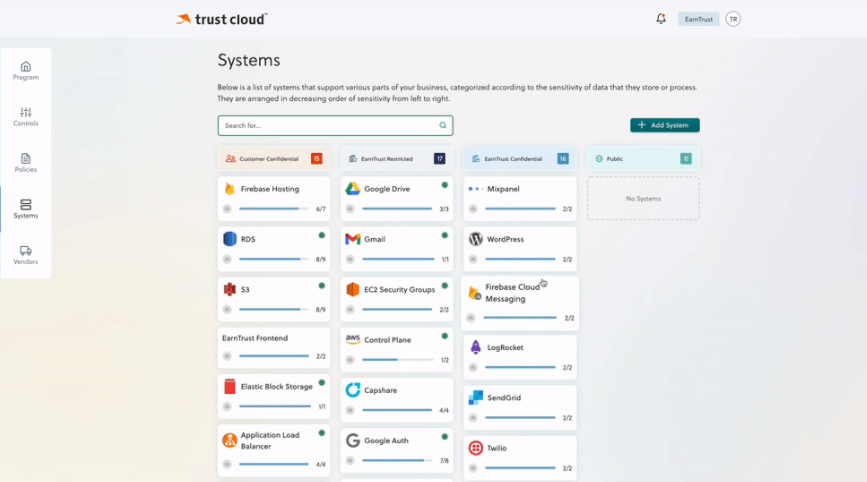 Kintent Inc., a startup helping companies comply with cybersecurity standards such as HIPAA, today announced that it has raised a $4 million seed funding round led by Tola Capital.

Boston-based Kintent provides a platform called Trust Cloud that makes it easier for companies, particularly enterprise tech firms, to comply with cybersecurity standards. Cybersecurity standards are an important part of how enterprises choose technology suppliers. Organizations in the healthcare sector, for example, require software products they buy to comply with HIPAA, a regulatory framework that establishes rules around securing patient records.

Achieving compliance with such standards is a months-long process that requires tech firms to implement security controls in their systems and receive a certification from an independent auditor. Trust Cloud, Kintent says, speeds up the process using artificial intelligence.

According to the startup, Trust Cloud scans a company’s systems and automatically generates a roadmap that the firm can follow to achieve security compliance. The platform supports HIPAA as well as SOC 2 and ISO 27001, a pair of more general cybersecurity standards that many enterprises require their suppliers to meet. Kintent says its automatically generated roadmaps remove the need to hire consultants to put together a compliance program manually.

The startup also helps companies with a number of related tasks. Trust Cloud makes it possible to run automated tests to ensure that a company’s systems stay in compliance with security standards in the months and years after their certification by an auditor. Moreover, the platform uses machine learning to automate the task of completing security questionnaires, forms that enterprises use to collect information from suppliers about the robustness of their compliance programs.

Kintent is positioning Trust Cloud as a way for enterprise tech firms to speed up sales. By reducing the amount of time involved in demonstrating security compliance to potential customers, the startup says, its platform can help companies close deals faster.

“Having seen businesses struggle to accelerate sales cycles as they tried to meet the hurdles of compliance audits and respond to security questionnaires, we immediately recognized the value of having an AI-enabled platform to unblock sales with a high-quality compliance program,” said Tola Capital Principal Akshay Bhushan.