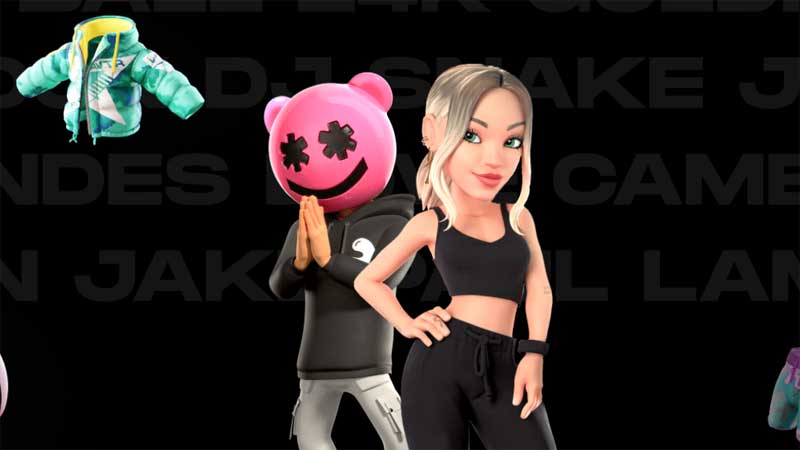 A startup that lets people bring their own virtual selves to life, Genies Inc., today announced $65 million in funding to expand its virtual identity marketplace and digital swag.

With this new capital, Genies seeks to build out its avatar technology and hook into the wave of interest in non-fungible tokens. NFTs allow people to use distributed ledger blockchain technology to own, buy, sell and trade digital artwork objects on marketplaces.

To do this, the Genie avatar system will continue to build out its own digital goods marketplace on Dapper Labs’ Flow – a blockchain platform built for apps, games and the digital assets that power them.

The Series B funding round was led by Mary Meeker’s Bond with participation from Dapper Labs Inc., Polychain Capital LP, Hashkey Group, Coinbase Ventures and others.

Genies was founded in 2017 with the aim to provide styled virtual avatar creation and allow people to generate their own digital personas. With apps available for smartphones running on Android and iOS, users could express themselves by forming a virtual identity and dress it up with costumes and clothing from their favorite brands, band T-shirts or other items featuring whatever they desire.

“The internet was initially created as a safe place to be your fully authentic self. Lately, we’ve gotten away from that,” said Akash Nigam, chief executive of Genies. “We believe that avatars are able to help swing the pendulum back to the internet’s founding philosophy and enable humans to harness and express emotions in unique, authentic, and therapeutic ways.”

Genies is already rolling out its new marketplace and platform to beta users who can test using Giphy’s distribution network via a custom integration. Giphy is a search engine database of short animated GIFs that make it easier simply to drop them into text chat conversations. By integrating it with Genies, it’s possible to throw your avatar into a chat or into an Instagram post.

“Today’s ecosystem of Genies is step one in our long-term vision of aligning physical personalities with digital personas,” said Nigam.

Later this year Genies has plans to open its new marketplace to hundreds of partners through its avatar and NFT software development kit so developers can embed the technology in whatever apps they wish. This will greatly expand the reach of Genies audience creating a portable identity that users can carry wheresoever they go.

“Genies has opened the door to a new type of virtual self-expression that is changing the way we interact with one another online – starting with celebrities and moving to all of us,” said Mary Meeker, general partner at Bond. “Using your Genie avatar, you can be anyone you want to be in the way you want, communicating across the vast digital landscape.”

The idea of virtual avatars has long fascinated the human mind in science fiction literature especially in cyberpunk from books and movies such as “Snow Crash” and “Ready Player One.” And virtual reality is still making headway as Facebook Inc., HTC Corp. and others bring VR headsets to the mainstream with virtual avatars become a way for people to interact with friends, family and coworkers.