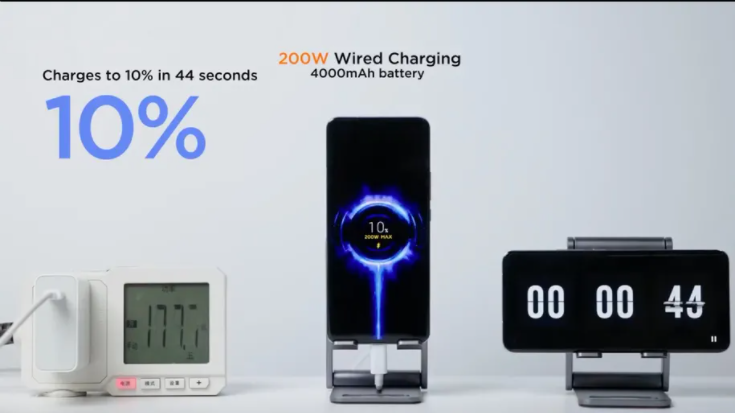 Chinese smartphone and device manufacturer Xiaomi Inc., a company often referred to as the Apple Inc. of China, today demonstrated new fast-charging technology that can charge a 4,000mAh battery in eight minutes.

Called “HyperCharge,” the technology was demonstrated using a custom Mi 11 Pro with a 200W charger. In a video demonstration, the device managed to get to 50% charge in three minutes, which is also quite impressive. Xiaomi also unveiled a 120W wireless charger that can charge a phone with a 4,000mAh battery in just 15 minutes.

We're about to redefine the charging experience with #XiaomiHyperCharge. #InnovationForEveryone pic.twitter.com/2rPrzw7BEu

The technology does come with some drawbacks. As BGR noted, the new charging technology has an impact on battery longevity. Rapid charging means that the battery will degrade at higher rates than a battery charged at lower rates, meaning that users might have to replace their smartphone battery more often down the road.

The technology also doesn’t work with older devices. Only new phones with support for higher charging speeds will be compatible with the technology.

That the technology was created in China is of interest because existing quick-charging technology has its roots in the U.S. Quick Charge, as it stands, is a proprietary battery charging protocol developed by Qualcomm Inc.

Xiaomi has never made any significant inroads in the U.S. market but has become a specialist outside China in topping various markets. According to data from Calays, Xiaomi held a 14% global smartphone market share in the first quarter, growing 62% year-over-year to ship 49 million units.

And that’s not the entire story. The company is a top-five vendor in over 47 countries as of August and the second most popular smartphone brand in Europe. It’s also the most popular maker of smartphones in India.

Unlike rival Huawei, which has seen its market share decline because of a U.S. government ban preventing it from running an official version of Android, Xiaomi has avoided a similar fate. The U.S. blacklist was lifted for Huawei on May 12.