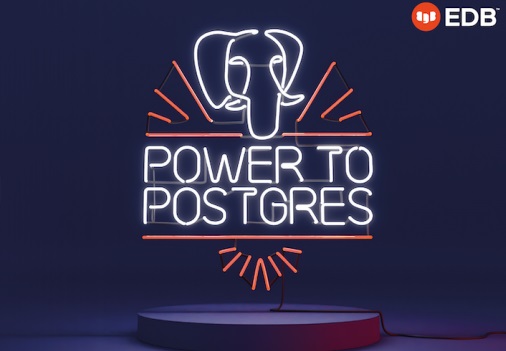 The keynote discussion during Postgres Vision 2021 focused on a number of important areas, including the growing use of containers, open-source innovation and the critical role that databases will play in the enterprise. But one of the key takeaways from the presentation given by EnterpriseDB Corp. Chief Executive Officer Ed Boyajian was about the power of data.

“Data is growing at a mind-bending exponential rate. It will make the 2010s look meager by comparison,” said Dave Vellante, host of theCUBE, SiliconANGLE Media’s livestreaming studio. “My big takeaway from his talk was around using technology to extract value more quickly, because basically, every industry is a data-orientated platform now. Yes, software is eating the world and data is eating software. The new key performance indicator is how long it takes to go from idea to monetization.”

Vellante spoke during his keynote analysis from Postgres Vision 2021. He discussed EDB’s response to a rapidly changing enterprise world and the future role of containers with Postgres, an open-source, object-relational database system. (* Disclosure below.)

Boyajian made the claim in his keynote remarks that half of EDB’s new customers were deploying new applications. Legacy migrations and cloud-driven database-as-a-service offerings were also key drivers for his firm’s business.

The key point, according to EDB’s CEO, is that industries are transforming at a phenomenal rate and it is happening against the backdrop of highly uncertain economic, political and social times.

“The Postgres community has stepped up to changing environments for decades, and that really was a point Boyajian hit pretty hard,” Vellante said. “Replatforming is happening, and he made a convincing argument that Postgres and EDB will be part of that future with a significant investment in Postgres and hundreds of engineers on the task.”

The keynote session at Postgres Vision also included discussion about Kubernetes and developers. The Kubernetes community is focused on security and simplicity , and the release cadence remains frequent, with updated scripts and APIs. This will be important for container adaptation in the Postgres ecosystem.

“Remember, Postgres practitioners are used to very high levels of stability,” Vellante said. “You’ve got to experiment, because you want to take advantage of containers and benefits within Postgres, but you’ve got to make sure you have the right change management in place and the resources to be on top of that. The bottom line is Kubernetes is still a toddler, but it’s growing up fast.”

Watch the complete video analysis below, and be sure to check out more of SiliconANGLE’s and theCUBE’s coverage of Postgres Vision 2021. (* Disclosure: TheCUBE is a paid media partner for the Postgres Vision event. Neither EnterpriseDB Corp., the sponsor for theCUBE’s event coverage, nor other sponsors have editorial control over content on theCUBE or SiliconANGLE.)