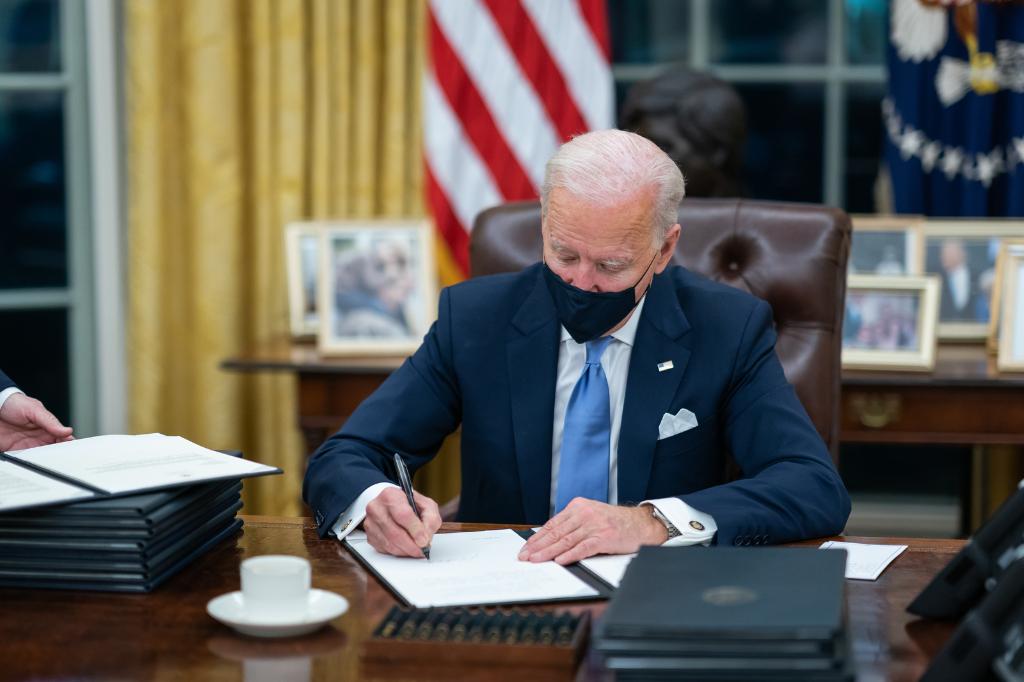 President Joe Biden is set to sign an executive order today that will call for the implementation of 72 initiatives across more than a dozen government agencies to increase competition in the U.S. economy.

Several of the initiatives focus on limiting the ability of tech giants to engage in business practices that can harm rivals and reduce user privacy.

“Today’s historic Executive Order established a whole-of-government effort to promote competition in the American economy,” the White House stated in a fact sheet released this morning. “The Order includes 72 initiatives by more than a dozen federal agencies to promptly tackle some of the most pressing competition problems across our economy. Once implemented, these initiatives will result in concrete improvements to people’s lives.”

The first initiative focused on the tech sector is designed to increase scrutiny of mergers and acquisitions, particularly those made by dominant internet platforms. The executive order calls for particular attention to be given to cases where a company buys a nascent competitor or carries out a series of acquisitions. The Biden administration will also step up efforts to tackle “the accumulation of data, competition by ‘free’ products, and the effect on user privacy,” the White House stated today.

A second tech-focused initiative will encourage the U.S. Federal Trade Commission to “establish rules on surveillance and the accumulation of data” by tech companies. The White House’s fact sheet pointed out that “many of the large platforms’ business models have depended on the accumulation of extraordinarily amounts of sensitive personal information and related data.”

In the e-commerce segment, the executive order takes aim at unfair practices by online marketplace operators. One example of an unfair practice that the White House highlighted is when an e-commerce company uses data it collects about the product sales of third-party merchants on its marketplace to launch copycat products. To combat such tactics, the FTC will be asked to “establish rules barring unfair methods of competition on internet marketplaces.”

The executive order puts the handset market in the spotlight as well. The FTC is being encouraged to issue new rules that will prevent smartphone makers and other firms from implementing “anticompetitive restrictions on using independent repair shops or doing DIY repairs.” One smartphone maker in particular, Apple Inc., has come under scrutiny over terms that it imposes on some repair shops specializing in fixing iPhones.

Alongside the actions that focus on tech giants such as Apple, the executive order includes four initiatives aimed at improving competition and lower prices in the internet provider ecosystem. The order calls on the Federal Communications Commission to restore net neutrality rules undone by the Trump administration. Additionally, the FCC will be asked to tackle excessive early termination fees providers charge for canceled internet subscriptions, require providers to report their prices to regulators and prevent them from making deals with landlords that limit tenants’ choices.

The executive order includes actions to boost competition in a number of other areas as well. Those areas include labor markets, transportation, agriculture, healthcare and banking and consumer finance, the White House stated. A White House Competition Council will be established to monitor progress on finalizing the initiatives in the order. Additionally, the council will “coordinate the federal government’s response to the rising power of large corporations in the economy.”

Tech giants are facing intensifying scrutiny from multiple directions. Last month, the House Judiciary committee advanced six antitrust bills that would prohibit tech giants from engaging in practices such as preventing the removal of pre-installed mobile apps and prioritizing their own products in their search engines. Furthermore, the legislation would limit the ability of dominant companies to acquire rivals.

In the European Union, meanwhile, several of the tech industry’s biggest players are facing competition investigations or antitrust charges. Last month, the European Commission launched a probe to determine if Google may have harmed competition in the online ad market. Earlier, in April, the Commission filed antitrust charges against Apple over certain limitations it imposes on iOS developers as a condition for offering their services via the App Store.