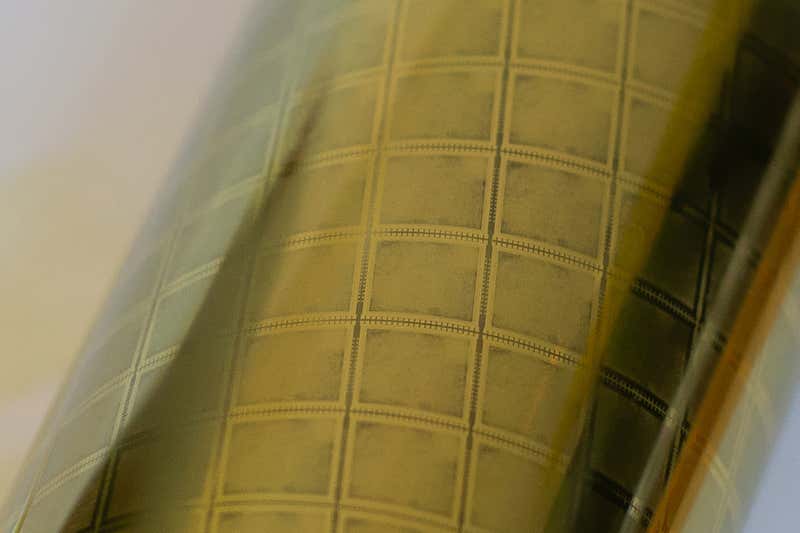 Researchers from Arm Holdings Ltd. and PragmatIC Semiconductor Ltd. say they have created the first true computer chip that uses plastic rather than silicon as its base material.

By using plastic, the researchers said, the chip is more flexible and could potentially usher in a new era called the “internet of everything” where microprocessors are used in everyday objects such as clothes and food packaging.

The research, published today in the journal Nature, notes that silicon has been the base element of semiconductors since the earliest days of digital computing. That’s thanks to two fundamental characteristics – silicon is the second-most common element on the planet, meaning it’s both cheap and in plentiful supply, and it can function as both an energy conductor and an energy insulator, depending on how it’s implemented.

But silicon isn’t suitable for every possible computing application. One of its main limitations is that it’s incredibly rigid and brittle, which means, for example, it cannot easily be integrated into biology. And although silicon is cheap enough to use products that are meant to last a while, such as computers and smartphones, they’re not cost-effective enough for dispensable products designed to be used once and then thrown away.

The PlasticARM processor, the researchers explained, is designed to overcome those limitations.

The researchers described their creation as “the world’s most complex flexible integrated circuit built with metal-oxide TFTs” that have been printed onto a plastic film. TFTs are thin-film transistors that can be built onto more flexible surfaces. By using plastic film as a base surface, it’s possible to manufacture chips more affordably and apply them in unique ways, they said.

The actual chip is no lightweight. The researchers said it’s a 32-bit microprocessor based on the ARM Cortex-MO+ chip, and it supports the ARMv6-M architecture. It features over 18,000 logic gates and has both internal memory and a controller. The researchers said future versions could incorporate as many as 100,000 logic gates before power consumption becomes a problem. They added that PlasticARM is already capable of “running programs from its internal memory.” 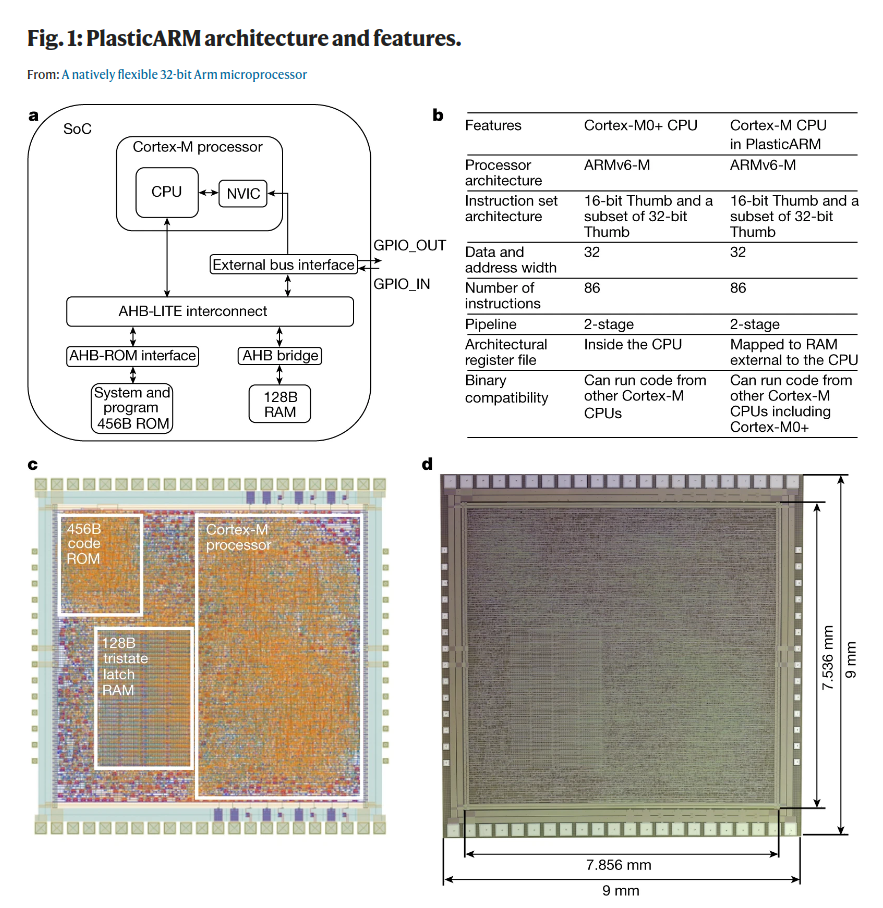 The researchers were quick to point out that PlasticARM is not intended as a replacement for silicon. In terms of performance, power efficiency and density, silicon maintains a big advantage that probably won’t be overcome anytime soon, they said. Rather, they envisage that plastic chips will be an option in cases where more novel form factors are required, and where silicon is not cost-effective.

Possible applications for PlasticARM might be “smart milk or juice bottles” that can analyze whether or not the contents have gone rancid, for example. If so, that could potentially do away with the need for “best before” dates.

Other applications include chips for clothing. Smart clothes of the future might be able to detect the temperature outside, and expand or decrease the space between the fibers to make the wearer more comfortable. Then there are possible biological applications such as chips implanted into people’s brains, or biomonitors that could be placed onto an internal organ to monitor it.

Besides being flexible, PlasticARM is incredibly power-efficient, the researchers said. The test chip consumes just 21 milliwatts of power per hour and most of that is consumed in idle states. That power could easily be generated by a postage stamp-sized solar cell, or perhaps in future wireless charging could be used.

Another key advantage of PlasticARM is that it was manufactured with existing technologies used to make silicon chips, so it can potentially benefit from the same innovations that are continually being made in that area.

“Making processors available in different forms so they can operate under different conditions is the key to creating more intelligent new applications going forward,” said Holger Mueller of Constellation Research Inc. “Arm’s progress with plastic chips is a key step as it brings digitization to a new variety of use cases, in a less sensitive and easier to implement material. It will be interesting to track the first commercial use cases of these plastic-based chips.”