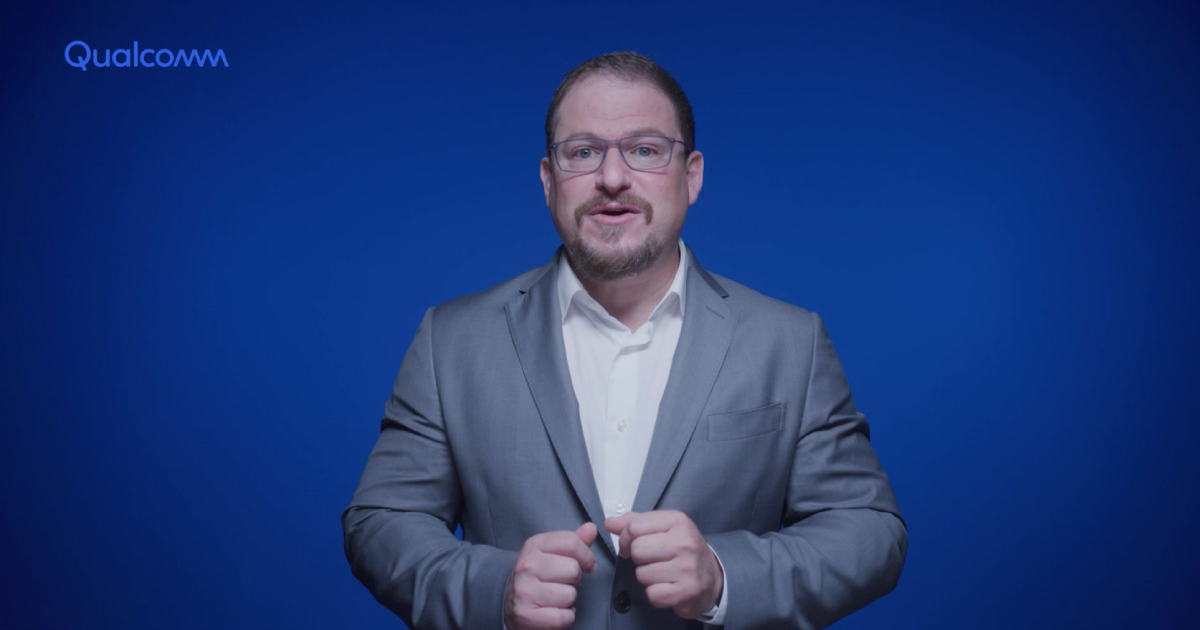 The company reported a third-quarter profit before certain costs such as stock compensation of $1.92 per share on revenue of $7.99 billion, up 63% from a year ago. That just beat Wall Street’s forecast for $1.91 per share in earnings, and was some way ahead of the $7.53 billion revenue forecast.

Amon (pictured) said in a statement the company is on pace to deliver “$10 billion of annual revenues across RF front-end, IoT and Automotive” in addition to leading the 5G transition. “We are seeing unprecedented demand for our technologies as the pace of digital transformation accelerates,” he added.

Qualcomm’s growth during the quarter was mainly driven by chip sales. The company’s QCT semiconductor business pulled in $6.47 billion in sales, up an impressive 70% from one year ago. The bulk of those sales were for smartphone chips, the company said, though that was the slowest-growing segment of the business. RF front-end chips, which enable 5G connectivity in mobile devices, grew fastest, with sales up 114% to $957 million.

Amon, who took over the company on July 1, has said growing the RF front-end chip business is his No. 1 priority. Qualcomm is already one of the main suppliers in the world for parts and intellectual property relating to 5G handsets and networks, and it stands to benefit from rising demand for smartphones with this capability.

Indeed, the company said today it expects shipments of smartphones containing its chips to grow in the “high single digits” in 2021, following a decline of 11% the year prior. Altogether, it expects 450 million to 550 million 5G smartphones to ship this year.

“Qualcomm’s revenue growth areas are successful, on track for an annualized run rate of $10 billion,” said analyst Patrick Moorhead of Moor Insights & Strategy. “Many financial analysts cast doubt on Qualcomm’s ability to do this and now some are eating humble pie. Add to this the growth of 5G phones, and the company had what’s considered a perfect quarter.”

The company announced a couple of new 5G-capable modules for wireless carriers during the quarter that my help to fulfill those ambitions. They include the 5G DU X100 Accelerator Card that’s designed to be installed in a cell tower to help process nearby mobile devices’ data traffic. It also showed off a new high-end smartphone processor called the Snapdragon 888 Plus that improves on its current top-of-the-line mobile processor, the Snapdragon 888.

Qualcomm’s “Internet of things” segment, also part of the QCT business, consists of low-powered but 5G-capable chips for various smart gadgets as well as networking and industrial gear. It saw sales grow by 83% to reach $1.4 billion.

Qualcomm’s other main business is the Qualcomm Technology Licensing segment, which accounts for revenue from its patents for 5G and other smartphone technologies. Sales from that high-margin unit totaled $1.49 billion, up 43% from a year ago.

Analyst Holger Mueller of Constellation Research Inc. told SiliconANGLE that Qualcomm is on a roll and that growth of 66% is very impressive. “More remarkable, though, is that it exerted some good cost control, with net income up 140% over the previous year,” he said. “That’s good management execution.”

There are still concerns, though. Unlike many chipmakers, Qualcomm doesn’t actually manufacture its own products but instead contracts this work out to third-party fabs. That means it’s in danger of being exposed to the global chip shortage that has already affected numerous industries around the world.

The company has a solid network of suppliers though, including both Taiwan Semiconductor Manufacturing Co. and Samsung Electronics Ltd. It has also signed up as an early customer for Intel Corp.’s new foundry that’s to be built in the U.S.

In a conference call with analysts, Amon was asked about the chip shortage. He said Qualcomm is on track to improve chip supply by the end of the year and is working to secure additional production capacity for high-end processors that use older manufacturing processes to ensure this.

Charles King of Pund-IT Inc. told SiliconANGLE Qualcomm is firing on all cylinders, with even the relatively modest results from its handset business unit just a reflection of the slow post-COVID recovery of the smartphone industry.

“Qualcomm’s 5G, IoT and Technology Licensing segments did a great job of picking up the slack,” King said. “If Qualcomm’s optimism about future supplies of semiconductors is right, the next few quarters should bring even more good news for the company and its shareholders.”

Amon also played down fears that Qualcomm’s mobile chips might be displaced by Apple Inc.’s own in-house modem chip technology. “We’re very happy with our relationship with Apple,” he said. “We’re just on their first phone. We have other phones to go, and we’re very happy with the way things are progressing.”

To underline that confidence, Qualcomm offered some very strong guidance for the fourth quarter. It said it’s expecting earnings of between $2.15 and $2.53 per share on revenue of $8.4 billion to $9.2 billion. The midpoint of that forecast is well ahead of Wall Street’s call for $2.03 per share in earnings and $8.46 billion in revenue.

Qualcomm’s stock rose more than 2% after-hours on the report.