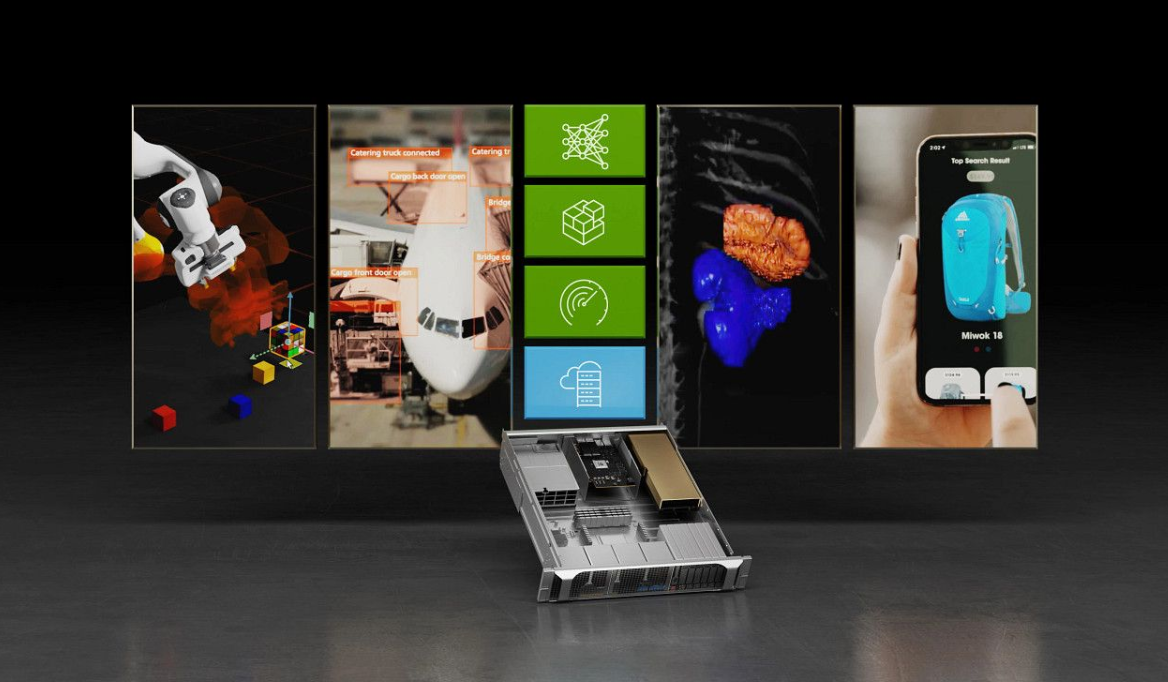 Nvidia Corp.’s year-long collaboration with VMware Inc. is finally bearing fruit with today’s general launch of the new Nvidia AI Enterprise platform, a suite of artificial intelligence tools and frameworks that make it possible to virtualize AI workloads and run them on Nvidia-certified server systems.

Nvidia AI Enterprise will make it possible for companies to run new kinds of AI workloads and manage them through a single platform, the company said. It also allows companies to deploy AI-ready infrastructure close to where their data resides, be it in the cloud, the data center or the network edge.

One of the key components of Nvidia AI Enterprise is the Nvidia GPU Cloud, which is a catalog of optimized software tools for deep learning and high-performance computing that leans on the power of Nvidia’s graphics processing units. By integrating these tools with VMware’s vSphere, it will be easier for enterprises to deploy AI workloads on their existing servers, the company explained.

Manuvir Das, head of enterprise computing at Nvidia, said in a press briefing that the launch of Nvidia AI Enterprise is the beginning of a new chapter in AI. He said Nvidia’s software is now accessible by thousands of enterprises around the world that run workloads on VMware using mainstream data center servers. Previously, there was a need for specialized infrastructure for AI workloads. Now, that’s no longer the case.

“Nvidia AI is now ready for every enterprise,” Das said. “Now, every business function can be infused with AI.”

Nvidia said the AI Enterprise platform can run AI workloads on VMware vSphere on certified systems sold by Dell Technologies Inc., Hewlett Packard Enterprise Co., Inspur Inc., Lenovo Group Ltd., Gigabyte Technology Co. Ltd. and Super Micro Computer Inc. Those companies sell systems powered by a range of Nvidia GPUs, including its most advanced A100 chip, plus the A30, A40, A10 and T4 processors.

Dell announced separately today Dell EMC VxRail as the first hyperconverged platform to be qualified as an Nvidia-Certified System for Nvidia AI.

Nvidia has further partnered with Domino Data Lab Inc. to validate the Domino Enterprise MLOps platform on Nvidia AI Enterprise, giving companies the option to integrate a more organized approach to machine learning that calls directly into VMware, Das said in the briefing.

Nvidia said dozens of companies in industries such as automotive, education, finance, healthcare, manufacturing and technology have been running the Enterprise AI platform as early adopters to create and deploy applications around conversational AI, computer vision, recommender systems and more.

The University of Pisa is using the platform to support HPC and AI training across multiple disciplines in order to advance scientific studies. It said the platform allowed it to support researchers and students who rely on data analytics and deep learning by making those applications easier to deploy and manage.

“Our testing has shown that these latest collaborations between NVIDIA and VMware deliver the full potential of our GPU-accelerated virtualized infrastructure at near bare-metal speeds,” said University of Pisa Chief Technology Officer Maurizio Davini.

Nvidia said the Nvidia AI Enterprise platform is now available worldwide from channel partners. Pricing starts at $2,000 per CPU socket for one year, with Business Standard Support. Perpetual licenses are on offer for $3.595 per year, with additional support purchase also required.