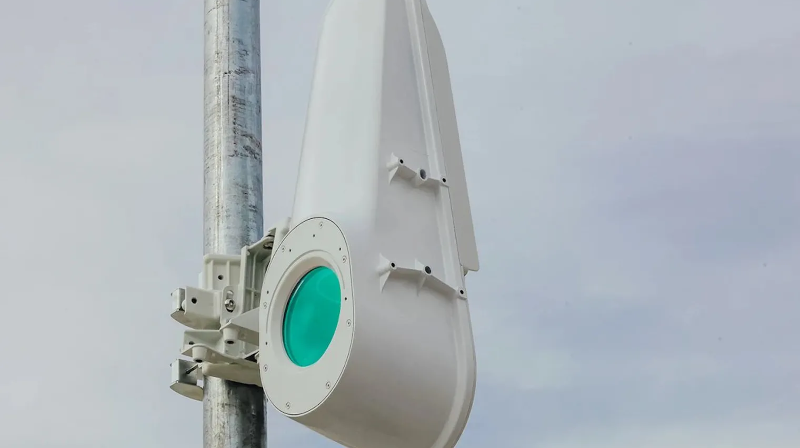 The Google LLC parent company calls the initiative Project Taara. Baris Erkmen, the director of engineering for Taara, announced in a blog post that two of the optical networking systems developed as part of the project beamed 700 terabytes of data across the Congo River. The data was transferred over 20 days between Brazzaville in the Republic of the Congo and Kinshasa in the Democratic Republic of Congo.

Taara spun off from an earlier research initiative at X, Project Loon, that sought to deliver internet connectivity using high-altitude balloons. X shut down Loon but decided to continue developing a technology called Free Space Optical Communications that its engineers had created as part of the initiative. The technology, which was originally designed to let the company’s internet balloons wirelessly exchange data, forms the basis of Taara.

Taara systems (pictured) transmit information using light much like fiber optic cables. The key difference is that the information travels not over a strand of glass but through the air. Sending data over the air significantly reduces the amount of hardware necessary to provide internet connectivity, which lowers the cost of building networking infrastructure and simplifies deployment.

“Separated by the Congo River, the world’s deepest and second-fastest river, Brazzaville and Kinshasa are only 4.8 kilometers apart — yet connectivity is five times more expensive in Kinshasa because the fiber connection has to travel more than 400 kms to route around the river,” Erkmen wrote. Because the two Project Taara internet systems that X deployed beam data over the air, the distance that information has to travel is reduced.

The Taara systems, or terminals as X call them, use laser light to send information. The concept is not entirely new, but implementing it has been considered impractical because of the numerous factors that can cause internet signals to be interrupted. Fog, haze and even birds flying between two terminals all have the potential to cause internet outages.

X engineers improved signal reliability by building a “pointing and tracking system” into each terminal that automatically adjusts the data-carrying light beam to minimize interruptions. The system has mechanical components that allow it to adjust the angle at which light is generated to maneuver around obstacles. When there’s fog, the terminals can boost the data signal’s strength to offset the increased environmental interference.

“Over the last few years we’ve been refining our atmospheric sensing, mirror controls and motion detection capabilities so that Taara’s terminals automatically adjust to changes in the environment to maintain this precise connection,” Erkmen detailed.

X says Taara terminals can exchange data at distances of more than 12 miles. In some cases, the systems can achieve throughput of up to 20 gigabits per second.

Looking ahead, X is not only working to enhance the technology powering its Taara terminals but is also exploring opportunities to deploy them more broadly. “While places like foggy San Francisco may never be an ideal spot to use WOC [wireless optical communications], there are many, many places around the world with ideal weather conditions for Taara’s links,” Erkmen wrote. “We’ve developed network planning tools that estimate WOC availability based on factors like weather, so we can install Taara links in places where they’re best suited.”

Alphabet is not the only tech giant developing new optical network technologies for delivering internet access. Facebook Inc. is also active in the field. Facebook has designed a wireless internet system called Terragraph that, similarly to Taara terminals, is aimed at lowering the cost of building internet networks by reducing the amount of fiber optic cabling they require. The social network is also working on a robot that can automatically set up fiber optic cables to reduce installation expenses.

Both companies are already among the world’s leading operators of subsea internet cables, which rely on fiber optic technology to transmit data. The technical insights that the companies gained while building their respective subsea networks may prove valuable for their efforts to develop ways of making internet access easier and more cost-efficient to deliver.