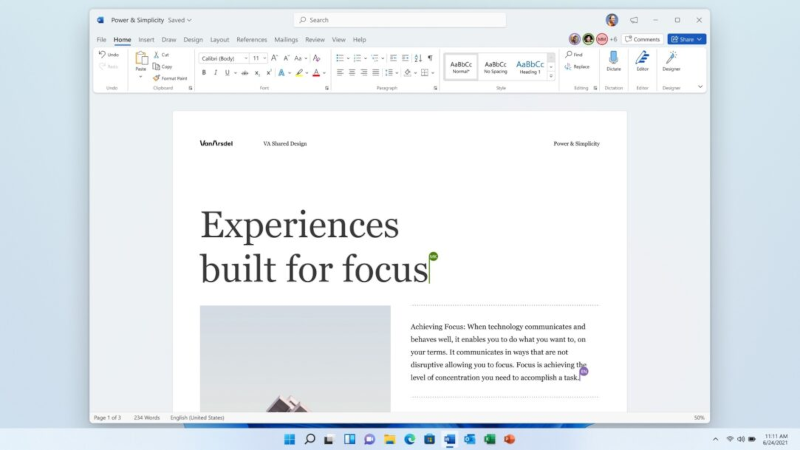 Microsoft Corp. today detailed the features that will be arriving with Office 2021, the next major release of its single-purchase productivity suite.

Microsoft’s Office applications are available as part of several different product bundles. Consumers usually buy them as part of the Microsoft 365 offering, which requires a subscription. The newly detailed Office 2021 suite is aimed at buyers who don’t wish to sign up for a subscription and prefer a onetime purchase.

For the higher price, Office Home and Business 2021 customers will receive all the features of the first edition along with the Windows and Mac versions of Outlook. Also included is an expanded license that permits the suite to be used for business purposes.

Both editions of Office 2021 bring significant feature improvements over the previous release. Some of the improvements are across-the-board upgrades that extend to the entire suite. Others are narrower in focus and will only roll out to individual Office applications.

Word, Excel, PowerPoint are receiving an integration with Microsoft’s OneDrive file storage platform that will enable multiple users to edit a document at the same time, as well as instantly save changes to the cloud. Support for the OpenDocument 1.3 document format will make it easier to work with files created in other productivity applications. Editing should be faster as well in some respects thanks to performance improvements across Word, Excel and PowerPoint.

As for the application-specific enhancements, many of the most significant additions are rolling out to Excel.

A new Excel feature dubbed XLOOKUP will allow users to search a specific spreadsheet row for data rather than the entire file, which should simplify navigation. Another addition, XMATCH, will make it easier to find out how many times a given piece of data appears in a spreadsheet.

For advanced users, Microsoft is adding a feature it refers to as the LET function. Business workers use Excel not only to organize data but also to run calculations. The LET function is designed to make such computations easier.

Specifically, the feature is designed for use in situations where an Excel calculation relies on results from a second calculation to work. A  formula that produces the average price of products, for example, may be used by another formula to estimate revenues. Excel’s new LET function removes the need to calculate the average price every time it’s needed and instead reuses the number, which improves performance. Microsoft also expects the feature to reduce manual work for users.

Several other Office applications are being updated as part of the new release. Word, PowerPoint and Excel are all receiving an enhanced Draw tab for drawing illustrations in documents. PowerPoint is being extended with a feature that will allow the application to replay how the user created a drawing. Microsoft is rolling out illustration features to Outlook too, along with the option to automatically translate emails into more than 70 languages.

Together with the new features, Office 2021 is set to introduce a refreshed interface design. One of Microsoft’s objectives with the revamp is to align the application suite more closely with the design of Windows 11, which is scheduled to be released on Oct. 5 as well.

“We’ve also intentionally aligned this visual update with the availability of Windows 11 to provide a coherent and seamless experience on a new Windows 11 PC,” Microsoft Corporate Vice President Liat Ben-Zur wrote in a blog post  today. “And yes, this update is also available to people using Windows 10.”